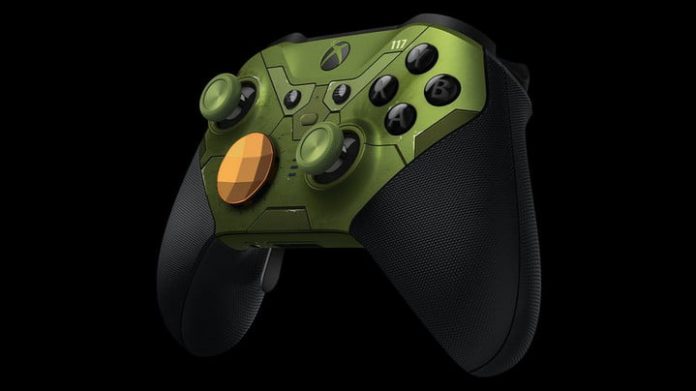 During Gamescom 2021 Opening Night Live, Microsoft unveiled a boatload of information about the upcoming Halo Infinite. Aside from revealing the game’s release date, a new Halo Infinite Xbox Elite Wireless Controller Series 2 was announced during the show. As you might imagine, this controller has already become difficult to find, despite being announced so recently. The nice thing is that there’s still plenty of time ahead of its release, meaning there will likely be more retailers that open up pre-orders for the new controller.

It’s currently sold out everywhere, but there are a few things you should know about the new Halo Infinite Xbox Elite controller. In this post, we’ll detail what comes with each controller, its release date, and where you can find it.

What does the Halo Infinite Xbox Elite Wireless Controller Series 2 come with?

Here’s everything the new controller comes with:

Microsoft touts “over 30 new ways to play like a pro” with the upcoming controller. You’ll be able to use its Hair Trigger Locks to enjoy three different settings, along with adjustable-tension thumbsticks to help you stick to your target. It offers Bluetooth support, along with a rechargeable battery that supposedly lasts 40 hours.

The Halo Infinite Xbox Elite Wireless Controller Series 2 will launch on November 15, ahead of the game’s release date. That way, you’ll have a chance to try it out before you get your copy of Halo Infinite.

Currently, only the Microsoft Store had it available to pre-order, but it has since sold out. It’s possible other retailers will carry the item, and if so, we’ll update this post with everything you need to know. Typically GameStop, Best Buy, Amazon, and Walmart offer items like these, so we’ll keep our eyes peeled for any updates.

For now, the link below will take you to the Microsoft Store.

With many hot items like this, we always recommend following @Wario64 on Twitter. This user often tweets about deals across retailers, with information on getting your hands on the newest gaming tech.

Be sure to follow @Wario64 and turn notifications on so you don’t miss the latest deals.