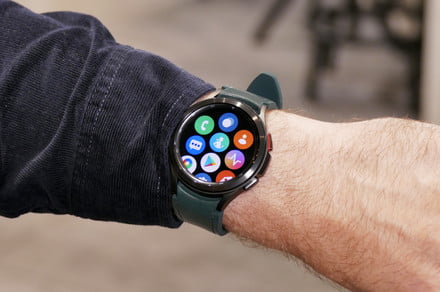 Alongside the launch of the Galaxy Watch 4 and Wear OS 3, Google also announced new updates coming both to the newest iteration of its wearables operating system as well as the older version that powers most of its current smartwatches. It’s bringing new apps like YouTube Music to the wrist, expanding support for some older features like Google Pay, and refreshing the look of older apps like Google Messages and Google Maps with Material You.

Some of the features Google is announcing today appear limited to the Galaxy Watch 4 by virtue of being limited to Wear OS 3. With the hardware improvements being made to the Galaxy Watch 4 (and Wear OS 3 devices in general), it makes a lot of sense that the company’s focusing on this device. “We’re taking what we’ve learned from Wear OS and Tizen to jointly build what smartwatch users need. Compared to previous Wear OS smartwatches, the Galaxy Watch 4 features a 2.5x shorter setup experience, up to 40 hours of battery life, optimized performance with app launch times 30 percent faster than before, and access to a huge ecosystem of apps and services,” Google’s Bjorn Kilburn, Director of Product Management for Wear wrote.

More specifically, Google today is announcing a redesigned Google Maps and YouTube Music for Wear OS, both of these are implied to be limited to the Galaxy Watch 4 via a Google community post. With Maps, you’ll be able to navigate with walking, cycling, or driving directions from your wrist, as well as send directions straight from your phone. With YouTube Music, users will be able to stream songs from Google’s music platform, as well as download music for offline listening with Google’s automatic Smart Downloads feature.

Finally, Google also announced new tiles experiences coming to Wear OS from fitness and wellness apps and services. The company highlighted Calm, Komoot, Period Tracker, Sleep Cycle, Spotify, and Strava as examples to watch over the coming weeks. Tiles, essentially a form of widgets, had been limited to Google apps in the past. This change will make for more interactive Wear OS apps.