HomeNewsGoogle Pixel 5a vs. Pixel 4a 5G: Spot the difference
News

Google Pixel 5a vs. Pixel 4a 5G: Spot the difference 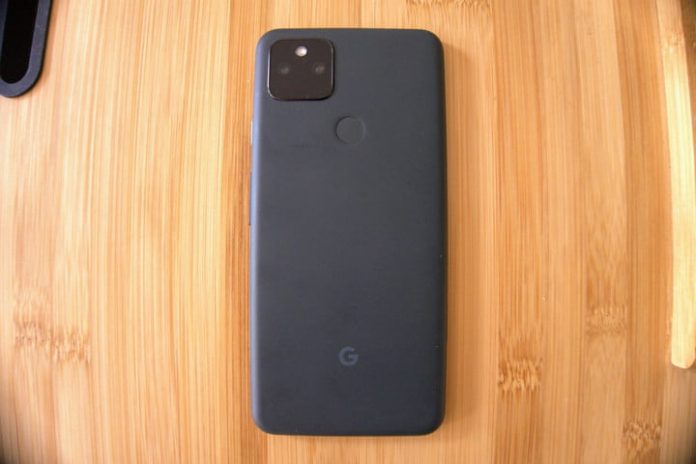 The Google Pixel 5a is here. The successor to the Google Pixel 4a 5G, it takes the latter’s best features and adds a number of modest yet welcome improvements. This includes an official water-resistance rating, a bigger battery, and a slightly expanded display. However, are these enhancements enough to make the 5a a better all-around smartphone than the 4a 5G? Is it worth upgrade to if you already own the older phone?

We answer these questions by pitting the two models against each other in a head-to-head comparison. We look at their specs, designs, displays, performance, batteries, software, and cameras, weighing up which is the best device overall. This should hopefully enable you to decide whether to upgrade or not.

Design has never been Google’s strong point within the Pixel range, and the Pixel 5a is no exception. It features the same edge-t0-edge display as the 4a 5G, replete with a punch-hole selfie camera in the top-left corner. From the front, it looks nice enough, but as with the 4a 5G, it’s dragged down a little by the drab black plastic of its casing, which is cheap and uninspiring.

Still, you can at least comfort yourself with the fact that the Pixel 5a features a suitably clear display. At 6.34 inches, its OLED screen is a tad bigger than the 4a 5G’s (at 6.2 inches), with a resolution of 2,400 x 1,080 pixels. This gives it a pixel-per-inch count of 415, which is fractionally higher than the 4a 5G’s count of 413, but not enough to notice any real difference in sharpness or vividness. With both phones lacking the 90Hz refresh rate of the Pixel 5, neither is truly impressive, but they do get the job done and are very good at their respective price levels.

One small but significant difference between the two is that the Pixel 5a comes with an IP67 rating. This means it can withstand submersion in a meter of water for up to 30 minutes, whereas the Pixel 4a 5G, which has no such rating, cannot. The IP67 rating also indicates dust resistance, so with the 5a proving itself to be more rugged (which is what you want from a value phone), it secures a narrow victory in this opening round.

The Pixel 4a 5G hosts a Qualcomm Snapdragon 765G processor, and funnily enough, so does the Pixel 5a. As it happens, both phones also rely on 6GB of RAM, so you’re going to be very hard-pushed to notice a difference in processing speed. Luckily, 6GB of RAM and a Snapdragon 765G chip are enough to handle most apps and tasks, so even if neither phone has the oomph of a Galaxy S21 or an iPhone 12, you’re still going to get plenty of bang for your buck.

Much the same goes when it comes to internal memory. Both phones offer 128GB of internal storage, and neither presents the option of models with more internal memory. They also lack slots for microSD cards, so you won’t be able to go crazy with downloading lots of new apps at once, although you should be fine in most cases.

It’s with the battery that things get interesting, with the Pixel 5a boasting a very beefy 4,680mAh cell. As our review found, you can get anything from one-and-a-half to two days of fun before needing to recharge. By contrast, the Pixel 4a 5G’s 3,885mAh battery gets you through one day, although it can only make it through the second if you use it sparingly. Both offer charging at 18W, which isn’t pretty fast by today’s standards, although it’s close to what you’d get with an iPhone 12 (20W).

It’s because of the battery advantage that we’re giving this round the Pixel 5a, despite the phones being equal in all other respects.

If you’re interested in buying the Pixel 5a (or Pixel 4a 5G), it’s possibly because you’ve heard its camera is among the best on any phone today. This is completely true, with the dual-lens setup on the 5a outperforming cameras on more expensive phones with more lenses. The same applies to the 4a 5G, which carries the same 12.2-megapixel main lens and the same 16MP ultrawide. Both also come with an 8MP selfie camera on the front.

Basically, both phones take great pictures in the vast majority of situations and environments. While neither boasts hundreds of megapixels, each of them harnesses Google’s powerful artificial intelligence (A.I.) software to adapt to changing conditions, providing great shots that are nearly always worth sharing. In combination with such features as HDR+ (and exposure bracketing), Night Sight, and Portrait Light, what you get (regardless of which model you go for) is a highly versatile camera phone that offers vivid, detailed, and crisp photos.

Both the Pixel 5a and 4a 5G also let you shoot 4K video at up to 60 frames per second, as well as 1080p video at a maximum of 240 fps. Taken with the all-but equal camera quality, this means this round is a tie.

No prizes for guessing that the Pixel 5a and 4a 5G run the same software. This is Android 11, which runs as seamlessly as you’d expect on a Google phone, despite the lack of bells and whistles that come with the proprietary skins seen on Samsung, OnePlus, or Motorola devices. That said, owners of either the 5a or 4a 5G will benefit from a few Google-only niceties, such as the Hold for Me feature, call screening, and A.I.-based song identification.

As for updates, Google has said the 5a will receive three years of software and security updates, implying you should reach Android 14 on the phone. The same applies to the 4a 5G, but since it was launched a year earlier, you may only get as far as Android 13. Nonetheless, this is a small difference, and with the software otherwise identical, we’re calling another tie.

Both the Pixel 5a and the Pixel 4a 5G support 5G. However, the 5a supports only the slower/longer distance sub-6Hz band of 5G, whereas the 4a 5G also supports the faster mmWave band only if you’re on Verizon.

Otherwise, there aren’t really many other special features to mention, given that both phones are meant to be lower-cost models. There are the aforementioned Google-only software features, such as call screening (which pre-alerts you to spam calls) and Hold For Me, which will keep the phone on hold for you (while you do other things) and then alert you when an actual human being joins the call.

Other than that, there’s not much to write home about, so this round is another tie.

The Google Pixel 5a costs $449 and can be preordered from Google. It will work on all major networks (AT&T, T-Mobile, and Verizon), as well as Google Fi.

Google has now discontinued the Pixel 4a 5G in the United States, so you’ll now have to go to sites such as Amazon, Best Buy, and eBay if you want it. It normally retailed for $499, although you may find it cheaper online if you’re lucky.

It may offer only incremental improvements over its predecessor, but the Google Pixel 5a is certainly a better phone than the Pixel 4a 5G. Its battery is capable of lasting well into a second day, while the introduction of an IP67 rating is great for anyone who wants their phone to be a little more durable. It also offers a slightly larger screen, while its camera and software are just as excellent as the 4a 5G’s.

Sure, if you already have a Pixel 4a 5G, there’s really no need to upgrade right now. However, if you’re looking to buy a more affordable (and recent) Pixel device for the first time, the Pixel 5a is certainly the way to go.