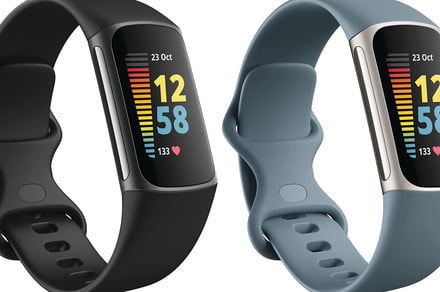 Fitbit is reportedly working on a new Fitbit Charge 5, and new renders surfacing this week give a good look at what we can expect. The report comes from leaker Snoopy on Twitter, and it features an attached video showing off the promotional material for the successor to the Charge 4.

According to the report, the upcoming 5 Charge 5 will cost $179, a $40 boost justified by a few quality-of-life changes. These could include swapping out the monochrome screen for a full-color one and adding in new sensors. Based on the video, sensors include built-in GPS, an EDA for stress-tracking management, an electrocardiogram (ECG) for heart tracking, an optical heart rate sensor, and an SpO2 sensor for tracking your blood oxygenation.  The biggest takeaway from the renders is a redesign of the previous model. The old design featuring sharp angles gives way to what appears to be a smooth, softer overall design with rounder corners. It could also come in different colors: Black, silver, and gold.

It will also provide a Daily Readiness Score, a feature that will suggest the best workouts for a user as informed by their stats — sleep, heart rate, the previous day’s workout, and so on. If you didn’t sleep well, Fitbit may recommend a light workout, while if you worked out lightly teh previous day, you may get a heavy workout recommendation. Based on the promotional video and comments from the leaker, it’s likely to be a Fitbit Premium-only feature.

Fitbit has yet to announce a release date for the Charge 5 (or the device itself). Some have speculated the Charge could launch on October 23 based on the renders — seeing as October 23 is a weekend day, that’s unlikely. An October date in general, however, does seem likely, especially given the recent promotional leaks.

Fitbit isn’t the only wearable maker making something new. Samsung’s Galaxy Watch 4 has broken cover as one of the most powerful Wear OS watches for people who want a little more than a basic wearable. Fossil is also planning something new for the summer. Whatever you want, there are going to be quite a few options for buyers looking for fitness wearables or smartwatches by year’s end.

How to make AirPods and AirPods Pro louder