HomeNewsBuying a GPU is still difficult and expensive, but sales continue to...
News 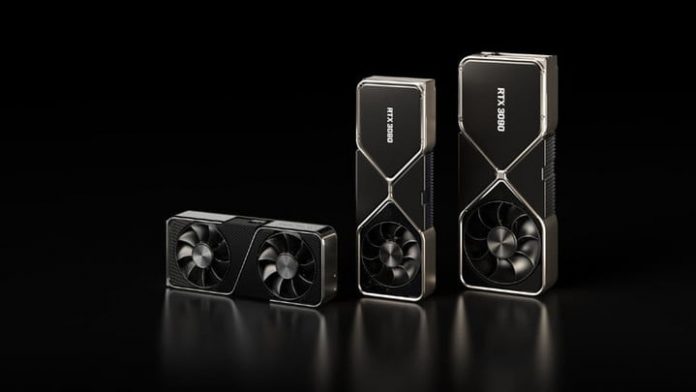 Amid the ongoing chip shortage, PC-based GPU sales only continue going up. According to Jon Peddie Research, 123 million graphics cards were shipped during the second quarter of 2021, and the growth is likely to continue. The year-to-year growth is even more impressive, showing an increase of 37%. The report contains several interesting figures, including confirmation of what we all know to be reality — graphics cards are quick to sell out, and the demand for them only continues to rise. Shipments of GPUs also increased by 3.4% compared to last quarter.

Unsurprisingly, Nvidia noted the biggest rise in sales with 3.8%, while AMD’s sales went up by 2.3%. Intel’s shipments rose by 3.6%, a number that is likely to go up when Intel releases its first gaming GPU in 2022. The overall market share for these manufacturers heavily favors Nvidia — the brand owns 83% of the discrete GPU market share as of the second quarter of 2021, with AMD owning 17%. Compared to the same quarter of 2020, Nvidia noted a 3% increase, which means that AMD saw a 3% loss. Intel doesn’t own enough of the discrete graphics card market yet to be considered a contender in this arena.

The overall graphics cards attach rate, meaning a full scope of integrated and discrete GPUs, as well as workstations, notebooks, and desktops, amounted to 117% for the second quarter of 2021. That’s a minimal (-0.1%) decrease over the last quarter. In a quarter of mostly upward trends, there was another decrease compared to the first quarter of this year — shipments of desktop graphics add-in boards (AIBs with dedicated graphics cards) shipments by -2.9%.

Jon Peddie Research stated that graphics cards are typically a good indicator of the PC market as a whole. This is because a GPU is installed in every system before it is shipped by the suppliers. However, this quarter’s attach rate dropped marginally because of an increase in Chromebook sales, which typically do not have a discrete GPU.

Graphics cards were not the only components that were sold in huge amounts. The overall PC processor market saw a 3.5% increase quarter-to-quarter, but the year-to-year jump is much higher at 42.1%. There was also a 3.4% rise in tablet shipments in comparison to the previous quarter.

These numbers further prove that the situation is unusual due to the GPU shortage. According to Jon Peddie Research, the second quarter of the year is typically when we’d expect to see a drop in shipments, but this year brought an increase. The supplies may slowly be normalizing, but manufacturers are still short on component parts, substrates, capacitors, and other necessary items. This forced brands with diverse stocks, such as AMD and Intel, to focus their efforts on just one part of the market instead of trying to diversify further.

“COVID  has distorted every forecasting model in the universe — even Moore’s Law has been disrupted. Predictions based on short-term conditions have created conflicting and distorted estimates from some quarters that will be proven wrong and embarrassing,” said Jon Peddie, the President of JPR.

With the holiday season ahead and the chip shortage in full swing, most of the semiconductor vendors are expecting a 3% increase compared to the previous year. However, supplies and rumors both show that we may not see a great jump in the availability of GPUs and CPUs for a long while.