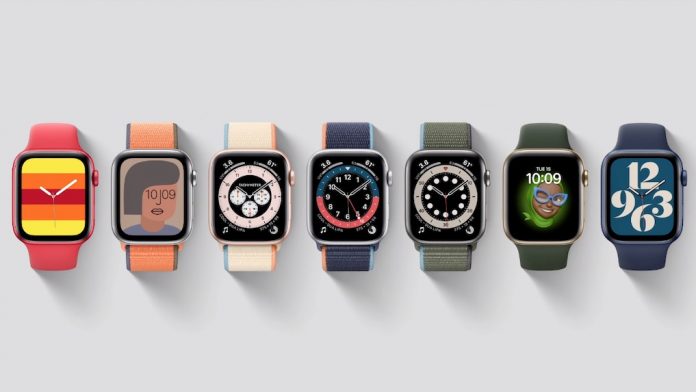 Along with an increase in size for the upcoming Apple Watch Series 7, which is rumored to feature larger 41mm and 45mm sizes, Apple plans to include new watch faces that take advantage of the larger displays.

In the latest publication of his “Power On” newsletter, Bloomberg’s Mark Gurman has put his weight behind recent rumors suggesting that thanks to smaller bezels and a flat-edged design, the upcoming Apple Watch will feature larger case sizes.

Compared to the current 40mm and 44mm sizes, the Series 7 will be offered in 41mm and 45mm variants. Gurman says that Apple plans to make the larger screen real-estate worthwhile by bundling it with new Apple Watch faces that utilize the larger displays.

This year’s watches will come in 41-millimeter and 45-millimeter sizes, up from 40 and 44 millimeters. I’m told that Apple will bundle multiple new watch faces to take advantage of the bigger screen, including an updated Infograph Modular face. This will be the second time in the Apple Watch’s history that the company has increased the display size, following the Apple Watch Series 4 in 2017.

The new Apple Watch faces will be exclusive to the Series 7 and will likely not be made available through a software update for older models.