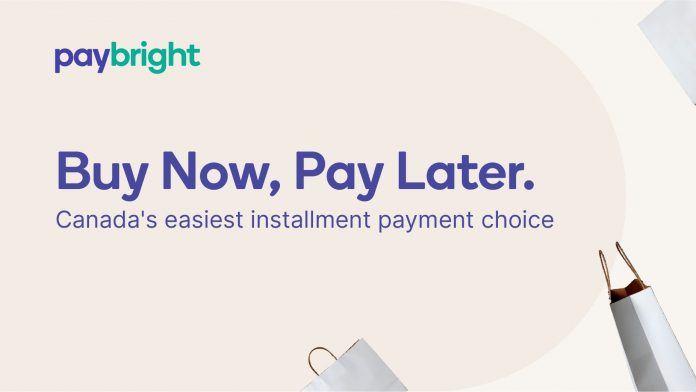 PayBright, which is owned by Affirm, offers payment plans that are designed to break the cost of a purchase down into biweekly or monthly installments. PayBright already works with a number of companies in Canada including WayFair, Sephora, Samsung, eBay, Dyson, and more. “Shop now, and pay over time at your favorite stores,” reads the company’s website.

Canadian customers will be able to purchase iPhones, Macs, and iPhones, and pay for purchases over the course of 12 to 24 months instead of paying up front. The program will work with device trade-ins that can serve as a down payment, and AppleCare can be included in the installment plan. As a launch bonus, the new installment option will be offered interest-free for a limited time.

Apple and PayBright will debut the payment program online and in retail stores in Canada starting on August 11. Retail employees have already been informed about the initiative, according to a note sent to staff that was seen by Bloomberg. Some customers visiting Apple want to buy now and pay later. Now, they have a new option that lets them pay over time for their favorite Apple products,” reads the letter.

Apple already offers installment payment plans for device purchases made with the Apple Card in the United States, but a similar program has not been available in Canada.

Last month, Bloomberg reported that Apple is working on an “Apple Pay Later” feature that will allow customers to make Apple Pay purchases with monthly installments, a program that will be separate from the new buy now, pay later initiative launching in Canada.

Apple will partner with Goldman Sachs for the ‌Apple Pay‌ Later feature, and installment payment options will be available for all ‌Apple Pay‌ purchases and will not be limited to Apple products.Tag: Canada
This article, “Apple to Launch ‘Buy Now, Pay Later’ Program in Canada Through PayBright Partnership” first appeared on MacRumors.com