HomeNewsAMD Ryzen Zen 4 processors could get a big graphics boost in...
News 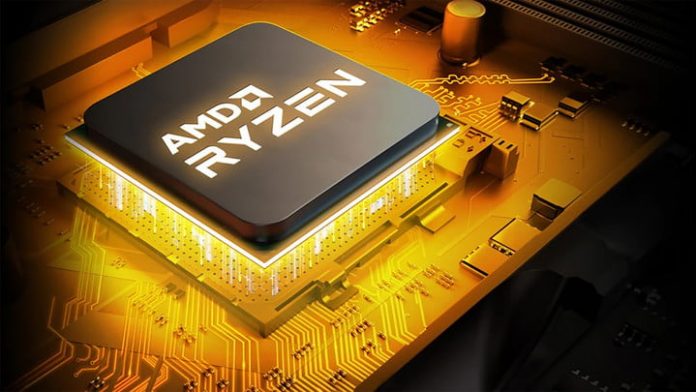 Recent AMD processors haven’t come with integrated graphics — and the few that do live under the “APU” umbrella. However, a new leaked document suggests that could change with AMD’s next generation of CPUs. And if recent rumors are true, those integrated graphics could come from AMD’s recent RDNA 2 architecture.

The document was published by Chips and Cheese, a website that’s mostly focused on technical computing analysis. It reportedly came from the recent hack on component maker Gigabyte, where a group of ransomware attackers stole internal AMD and Intel documents. The document shows three categories of processors for the upcoming AM5 socket, all of which come with “hybrid GFX support.”

That means integrated graphics. Although the document doesn’t list the type of integrated graphics, rumors suggest that they will be based around RDNA 2. AMD recently released Ryzen 5000G APUs with onboard Vega graphics, and they’re already showing their age. The RDNA 2 architecture should provide much better performance, assuming AMD can squeeze it on the chip.

Instead, AMD has reserved integrated graphics for its APUs, or Accelerated Processing Units. These chips come with beefier onboard graphics and serve as a nice entry point into PC gaming, especially with how expensive graphics cards are right now.

Originally, rumors pointed to up to 12 RDNA 2 cores on the unannounced Ryzen 6000 APUs. The leaked document doesn’t say if the onboard graphics will use the RDNA 2 architecture, much less how many cores they’ll feature. Right now, 12 is the best guess from the rumor mill, but it could be more or less.

In addition to onboard graphics, the document shows that the CPUs will support four DisplayPort interfaces, three of which can be run through USB-C. Recent patches from AMD have added DisplayPort 2.0 support for Linux, so that could be the interface at work here. At minimum, however, Chips and Cheese says that other documents suggest that the onboard graphics can drive a 4K display at 60Hz.

We’re talking about integrated graphics here, so it’s important to note that they can drive a display of that resolution. That doesn’t mean they’re capable of playing games at 4K at 60 frames per second (fps).

The document also notes that some models may not support graphics. It’s possible that AMD plans on releasing versions with the onboard graphics disabled, similar to Intel “F” processors.

Zen 4 processors are currently set to launch in 2022, featuring a new architecture and hopefully some decent onboard graphics. Rumors suggest an instruction per clock (IPC) increase of up to 25%, as AMD continues to push more power out of its Zen microarchitecture. This is a different approach from Intel, which is looking to a hybrid computing model for extra performance.

We’re likely many months away from an official announcement from AMD, but Zen 4 Ryzen processors are still coming soon. Hopefully, we’ll know more by the end of the year or the start of 2022.