HomeNewsAMD is making unprecedented gains on Intel, but it has one surprising...
News

AMD is making unprecedented gains on Intel, but it has one surprising weakness 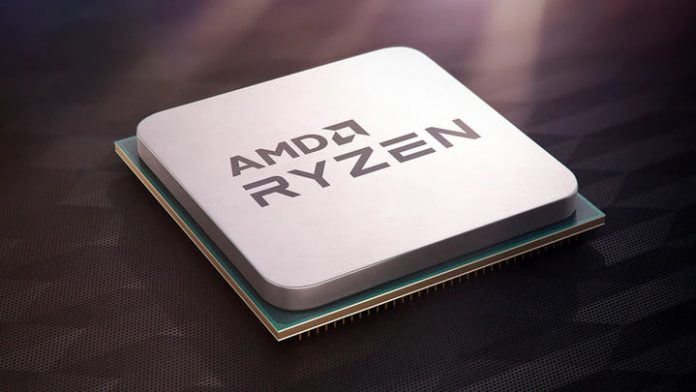 According to a new report, AMD has managed to achieve its highest CPU market share since the Athlon 64 days, which was over 14 years ago.

The processor market is still undoubtedly a two-horse race, and Intel is always in the lead. However, AMD has managed to climb out of the nearly-forgotten territory that it was in just a few years ago. The manufacturer has continued to improve its standing ever since the release of its successful Zen line of processors four years ago. AMD managed to draw in a brand-new userbase thanks to the modern core architecture used in Zen, Zen 2, and now Zen 3 processors.

Mercury Research has performed an analysis of the x86 CPU market, composing of consumer desktop and laptop processors, custom silicon CPUs found in PlayStation 5 and Xbox X/S, as well as server chips. According to the figures presented by Mercury Research for the second quarter of 2021, AMD has climbed up to a 22.5% market share on the x86 processor front. Compared to Intel’s 77.5%, this may still not seem like a lot — but it shows a steady improvement for the company. As the market is dominated by Intel and AMD, a gain for AMD means a loss for Intel. Figures from the second quarter of last year (2020) show that Intel’s current 77.5% standing is a drop of over 4%.

AMD is not seeing improvements all across the board, however. When it comes to the x86 desktop processor space, the company is experiencing a downward trend. In the first quarter of this year, AMD’s market share in this sector was at 19.3%. Now, AMD is at 17.1% compared to Intel’s 82.9%. On the other hand, AMD’s standing has gone up both in the mobile CPU and the server CPU sectors, where its Epyc CPUs are rivaling against Intel Xeon.

The drop in the x86 desktop CPU market share likely stems from the ongoing chip shortage. The entire tech industry is affected by it, from cars to graphics cards, processors, and gaming consoles. Low silicon availability has forced most manufacturers to choose where to direct the majority of their chips.

It’s possible that AMD has chosen to focus on its console and mobile CPUs, allowing Intel to fill the gap in the desktop sector.

“In the current capacity-constrained market, the suppliers have to choose which segments to build products for, and in Q2 it appears that AMD traded off desktop production for more mobile and console CPUs, while Intel traded low-end mobile CPUs for more desktop processors,” said Dean McCarron, the president of Mercury Research.

The decision may seem peculiar, but it’s not without merit. AMD has certainly secured a loyal client base, and the good quality of its Ryzen processors drives PC builders towards the brand. Even though Intel continues to hold a higher market share, it is AMD processors that are selling out quickly and holding the top spots on several lists of the best desktop processors. Mindfactory, a popular German retailer, has also noted increasingly high sales for AMD, accounting for 76% of desktop CPUs sold last month. This means that only 24% of Mindfactory’s sales were Intel Core processors.

Although AMD is nowhere near beating Intel or even meeting it in the middle, these past few years have been the most successful the company has seen since 2007. Its greatest success still remains in the Athlon 64 days, when in the fourth quarter of 2006, AMD held a 25.3% x86 CPU market share.

Is AMD going to beat its personal record from nearly 15 years ago? It’s too early to tell, but Intel is not laying down its sword. In fact, Intel is beating AMD to the punch when it comes to releasing the next generation of processors. Intel’s Alder Lake CPUs are expected to arrive later this year, bringing forth DDR5 memory, PCI Express 5.0, and a new socket.

AMD is set to retaliate next year with the release of Zen 4, which will also require a new socket and thus, a new motherboard. One thing is for sure — there are exciting times ahead when it comes to the CPU market, and the race between AMD and Intel is only going to get more serious.