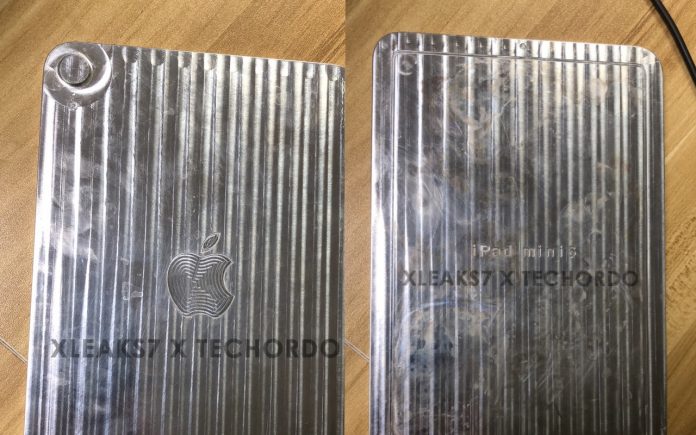 Images of an aluminum cutout allegedly based on the upcoming sixth-generation iPad mini have surfaced online. The cutout is largely in line with rumors of what we can expect in the ‌iPad mini‌ 6, including a larger display in lieu of a Home button, a thinner body, and flat edges.

The images originated from the website techordo.com in cooperation with a leaker named xleaks7, whose track record for accurate leaks isn’t very well established. The cutout showcases a design much in line with renders of the upcoming ‌iPad mini‌ shared by Apple leaker Jon Prosser earlier in June.

One interesting new change the images depict is the relocation of the volume buttons. The volume buttons on iPads have always been on the right side, however, the images show the buttons relocated to the top, on the opposite side of the power button.

The new ‌iPad mini‌ will take inspiration from the updated iPad Air and iPad Pro by ditching the Home Button in favor of an all-screen design. Apple is unlikely to provide users with Face ID embedded into the bezel and is expected instead to integrate Touch ID into the power button, similar to the ‌iPad Air‌. It’s also expected to feature a faster processor and possibly USB-C.