HomeNewsAlt+Tab broken by Windows 10 update? Here’s how to fix it
News

Alt+Tab broken by Windows 10 update? Here’s how to fix it 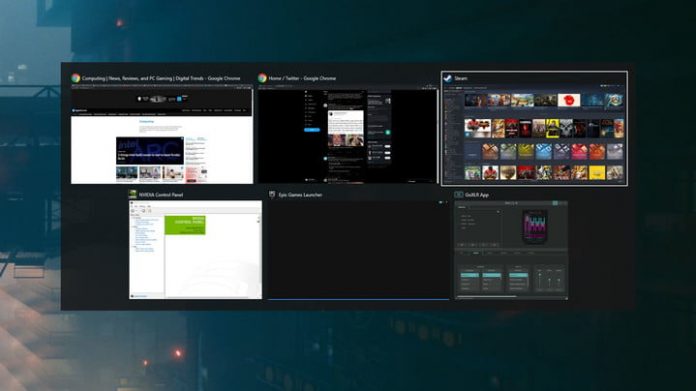 Alt + Tab is a reliable friend to many PC gamers, serving as one of the most useful shortcuts in Windows 10. However, a recent Windows 10 update seems to have broken the shortcut for some users. According to Windows Latest, switching between a game and the desktop will essentially lock some users to the desktop, preventing them from using Alt + Tab to get back into the game.

It seems like the issue applies to two Windows 10 updates. The first rolled out on July 29 (KB5004296), and users started posting about issues on Reddit immediately after its release. “Literally every ful-screen game that I try to play keeps getting minimized. I have done all the steps from various Google searches that have this issue, but I think the issue is this new update,” one user wrote.

An update released on August 10 (KB5005033) should have solved the issue, but it didn’t. This update is of particular concern because it’s mandatory, unlike the optional July update. The second update includes security updates to Microsoft’s ongoing issues with the PrintNightmare vulnerability, so you should install it regardless of it breaks Alt + Tab or not.

Alt + Tab lets you quickly switch between different windows in Windows 10, but it’s not always perfect. Particularly when swapping to a full-screen app or a window that’s minimized, the shortcut can sometimes cause some hang-ups. This issue only comes up when using Alt + Tab to go back into a game. After doing so, the game will immediately switch back to your desktop.

How to fix Alt + Tab issue on Windows 10

There are two ways around this issue, though one is far less painful than the other. The first option is to revert back to a previous Windows 10 version, which we wouldn’t recommend. If you want to, though, head to the Windows Update settings screen, click View Update History, and click Uninstall Updates. Find the update in question (KB5005033, in this case) and uninstall it.

Thankfully, there’s another solution. The issue is reportedly connected to the News and Interests feed in Windows 10, which you can disable right from your desktop. Right-click anywhere on the Taskbar, hover over the News and Interests option, and select Turn Off in the menu that pops out. That should fix the Alt + Tab issue.

We recommend disabling the News and Interests tab first. It’s easier, and it will allow you to keep an update that has some critical security fixes for Windows 10. Hopefully Microsoft nails down the issue and addresses it in a future Windows update.

Although some users are reporting problems, this issue doesn’t affect everyone. We tried using Alt + Tab in a few different full-screen games with this update installed and didn’t have any problems. If you’re not having problems and you have the latest Windows 10 update installed, you have nothing to worry about.