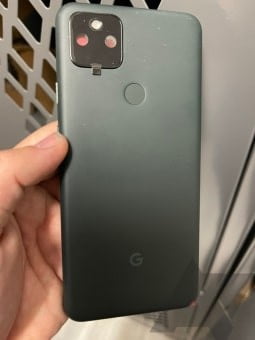 Just ahead of its expected August launch, Google’s Pixel 5a has provided yet another leak, this one focused on its components. This new report comes from sources in repair stores, as shared by Android Police on Sunday. In photos showing off the upcoming Pixel 5a, the report confirms some of the previous Pixel leaks, including the battery size and overall design.

As expected, the Pixel 5a 5G will look quite similar to the Pixel 4a, Pixel 4a 5G, and Pixel 5. The headphone jack makes a return as a stalwart of the Pixel A-Series line, though the power button appears to be ribbed, unlike on previous Pixels.

Other than that, the Pixel 5a 5G is expected to have a 6.4-inch Full HD 90Hz display. It’ll reportedly keep the same excellent pair of cameras as the Pixel 5, with the same 6GB of RAM and Snapdragon 765G as the Pixel 4a 5G as well. According to earlier reports and this most recent components leak, this device is said to have a battery size of 4,680mAh. This will be the largest battery size to ship in a Pixel phone so far, offering a sizable boost over the Pixel 5’s 4,000mAh battery and the Pixel 4a 5G’s 3,855mAh one.

Looking at the overall package here, this is certainly not going to be the phone that blows you away with bold design and spec choices — that’s reserved for the Pixel 6 and 6 Pro with their large cameras, Google Tensor, and spiffy color options. For those who just want a powerful enough, midsized, long-lasting phone, Google’s upcoming offering just might cover it — if you’re in the U.S. and Japan at least.

Android Police says that Google is expected to launch the Pixel 5a on August 17, with a street date of August 26. The report was corroborated by Bloomberg’s Mark Gurman in a post over the weekend. Previous reports have placed the price point at $450, perfect for replacing the Google 4a 5G as Google’s low-cost 5G phone offering. With August 17 being just a few hours away, we likely won’t have to wait long to see which of these Pixel 5a reports turn out to be true.

How to superscript in Google Docs