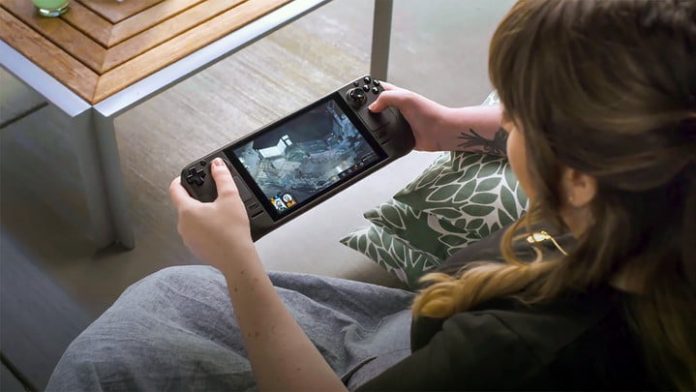 The promise of handheld PC gaming has always been something of a siren’s call for manufacturers. From the defunct Nvidia Shield Portable to Dell’s prototype Alienware Concept UFO, and the profusion of Kickstarted vaporware products, many have tried over the years, and many have failed.

Valve is a more prominent name in the game in some ways, with Steam as the single biggest PC gaming platform in the world despite Epic’s aspirations. It’s only logical that the company would try to launch the Steam Deck, a Switch-like portable console that should be in the hands of gamers by December. But Valve hardly has the best track record with hardware, as anyone that purchased one of its Steam Machines, Steam Box, or Steam Controller can attest to.

But there is reason to be optimistic. These came out before the Nintendo Switch and Switch Lite took the gaming world by storm and spawned an infinite number of copycats. Given the furor over the Switch OLED model not living up to gamer’s hardware expectations, if there’s any time when a powerful PC gaming handheld to succeed, it’s right now.

Or is it? With cloud gaming subscriptions steadily getting better in their selection and smoothness, and improved compatibility with Android and iOS devices, it raises the question of whether there really is a value to be found in handheld PC gaming consoles compared to cloud gaming on your phone or tablet.

Let’s break it down with numbers. The Steam Deck has a starting price of $399 for its base 64GB eMMC model. That’s barely enough to fit many PC games like Jedi Fallen Order (55GB), and it won’t fit Death Stranding 80GB) or Call of Duty: Cold War (82GB) at all. If you want better, faster storage you’ll need to shell out $529 for a Deck with a 256GB NVMe SSD or $649 for a 512GB NVMe SSD. If you need or want even more storage, it does support a microSD card, but at that point, you’re already paying twice what most current-gen consoles cost (when you can find them available), and you’re not too far from what a budget gaming PC will run you.

There’s another possibility that can give you better bang for your buck — getting a Samsung Galaxy Tab S7/S7 Plus ($600-650) or any other Android tablet or phone of your choice — and the Xbox GamePass Ultimate ($15). The combination of the two will run you about the same price as the maximum storage Steam Deck, but there are several key advantages you simply won’t get with a dedicated handheld console.

For one, both the Tab S7 and S7+ have high-refresh 12.4-inch/11-inch Quad HD 120Hz screens, while the S7+ has a high-refresh Super AMOLED panel, giving you dense inky black, and sharp colors. You don’t need to have it in your hands to know it’ll put the 7-inc h 1280×800 LCD on the Steam Deck to shame. Not to mention it only supports a 60Hz refresh rate, half of what you get with the Tab S7 or most current flagship phones.

Both models of the Tab S7 are fully compatible with Bluetooth 5.0 accessories, meaning you can connect an Xbox Core or any other wireless controller to work with your games. It also has an optional keyboard case with a touchpad and the ability to connect a mouse, meaning it’s better suited for FPS and strategy lovers than the Steam Deck. It’ll also be better for productivity and multimedia than the Steam Deck – which, mind you, doesn’t include the dock if you want to use it with a monitor.

If portability is a bigger concern, the combination of a top-tier Android phone and the Razer Kishi ($100) together with an Xbox Game Pass Ultimate will give you a pocket-sized, portable gaming console. The average iPhone and Android also have better, sharp screens and don’t require you to carry around an extra device day-to-day.

Most PC gamers have better gaming rigs at home or gaming laptops that give you just as much power and portability. When cloud gaming enters the equation, it lets you play a huge chunk of PC and console games on Android and, very soon, iOS. It’s true there are times when you’ll want games stored on your device, but with most airports and airplanes getting Wi-Fi, and 5G rollout continuing, the occasions where you’re completely without connectivity are few and far between. Ultimately, the Steam Deck seems like a solution searching for a problem with better alternatives for handheld gaming already existing on the market.