HomeNewsWhich PS4 should you buy: Slim or Pro? We'll help you decide.
News

Which PS4 should you buy: Slim or Pro? We’ll help you decide. 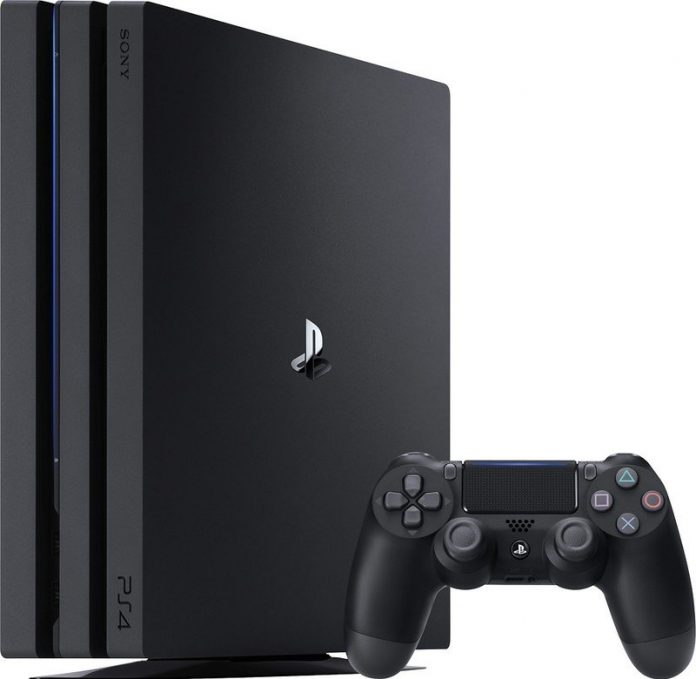 If you want the best possible last-gen PlayStation experience, this is the one to buy, even if it’s the largest and most expensive option. 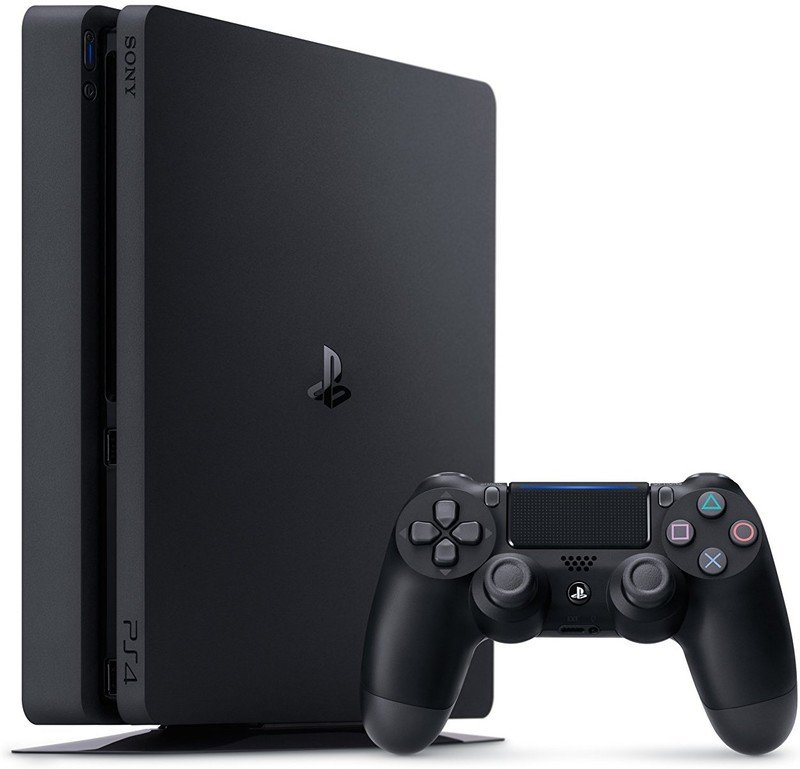 The slimmer PS4 plays every game with ease, but the lack of 4K output is noticeable if your TV supports it.

It’s hard to go wrong with either version of the PlayStation console, but these two versions serve very different purposes. While you can still play every PS4 game on each option here, you’ll notice a significant difference in overall quality depending on the room you’re playing in and the other hardware you connect to the PlayStation.

Due to the pandemic, it’s become increasingly difficult to find the PlayStation 4 in-stock anywhere. When you do, it’s normally price jacked for way more than its MSRP. You’ll have to ask yourself whether it’s worth it to purchase a console for $100 more than it usually goes for. Personally, I wouldn’t buy a PS4 Slim for anything more than $350. If you can find a PS4 Pro for less than $500, you might want to pick it up if you absolutely need a new console. You might also want to consider purchasing a used or renewed console, as these will be much cheaper. 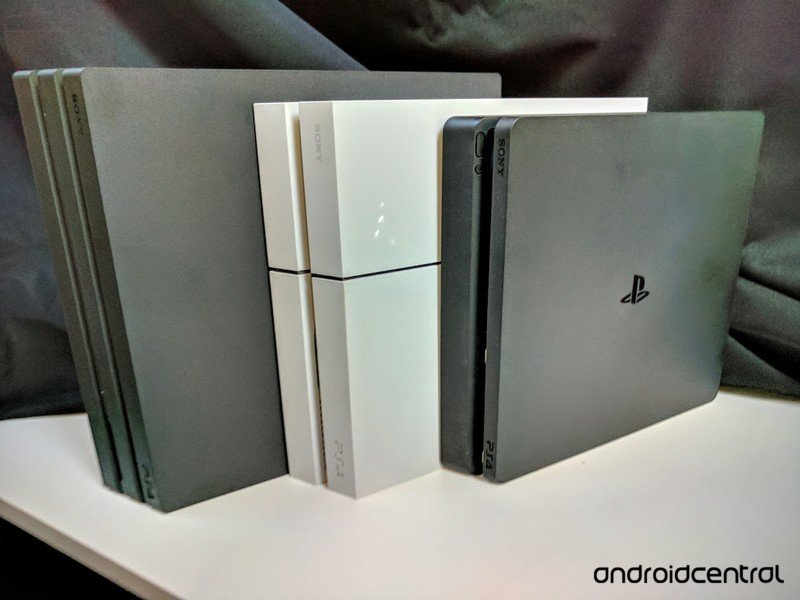 Sony has a history of releasing a “slim” version of the PlayStation a couple of years after its initial release. In the past, those consoles have been labeled a little differently at launch to make it easier to tell the new version apart from the old one. These slimmer versions typically offer more a physical difference than a functionality difference, and this year is no different. The significant feature and performance difference comes with the PlayStation 4 Pro, and even then the difference isn’t huge unless you own a 4K television with HDR support.

That last bit is a lot more important thank you may think. There are a lot of 4K televisions out there, but not quite as many 4K televisions support High Dynamic Range or HDR. Where an increase in resolution from 1080p (Often referred to as Full HD) to 4K can often mean improved details in the games you play, adding HDR means the colors in every aspect of those games are more vibrant and lifelike. Games with wide-open spaces and lots of scenery will truly pop on these displays, especially when combined with 4K resolution.

The biggest functional difference between the original PS4 and the new slimmer PS4 is power consumption. Sony claims the new PS4 has a max power draw of 165 watts, which sounds impressive next to the original 250w max of the first PS4 until you see most benchmarks. The original PlayStation 4 had an average power draw of 150w during its heaviest gameplay sessions and never pushed anywhere near that 250w max. It is slightly smaller though, so there’s that.

This change in power consumption means the “slim” PS4 will consume far less power when performing the same tasks, including sitting idle. For parents, this means a cheaper electricity bill when your kid leaves the PS4 on all day because they’re in the middle an important part of the game.

As you can see in the chart, Sony is using the same CPU and a GPU that’s a little more than twice the performance in the new PS4 Pro. There’s also an updated version of the HDMI standard in the PS4 Pro, but there’s no immediate difference in performance out of the box for video output. Games that struggled in the past to maintain 30fps or 60fps on a standard PS4 will be able to offer a more consistent experience with the PS4 Pro through its “boost mode” feature. This basically means games that appear to stutter a little on a normal PS4 will look and play smoother on a PS4 Pro.

Finally, storage is an extremely important thing to keep in mind when it comes to your PlayStation Console. Every PS4 game takes up space on your hard drive, even if you buy a disc from the store. The games have to be at least partially installed on the console before you can play, so storage is important. If you buy games digitally, they can take up even more space on the drive included with your PlayStation. While it is possible to buy additional storage for your PlayStation, regardless of which one you buy, the 2TB option available with some PS4 Pro versions means you wouldn’t need to for much longer than if you had a less spacious PS4 Slim.

PlayStation 4 Pro also offers 4K video streaming and enhanced graphics on supported titles. Game developers will have the option to offer higher quality graphics to PS4 Pro gamers, which will be clearly labeled with PS4 Pro Enhanced on the box. Not only are most new PlayStation games being made to support this Enhanced ability, many of the more popular games from the past year are releasing updates to look better through the more capable console.

As for HDR support, while all of these consoles are technically capable of outputting HDR visuals thanks to a software update from Sony, the HDR content offered by almost every app and game doesn’t apply to anything but the Pro. HDR is typically tied to either 4K content or PS4 Enhanced content, neither of which will play on these older consoles.

What about the PS5? 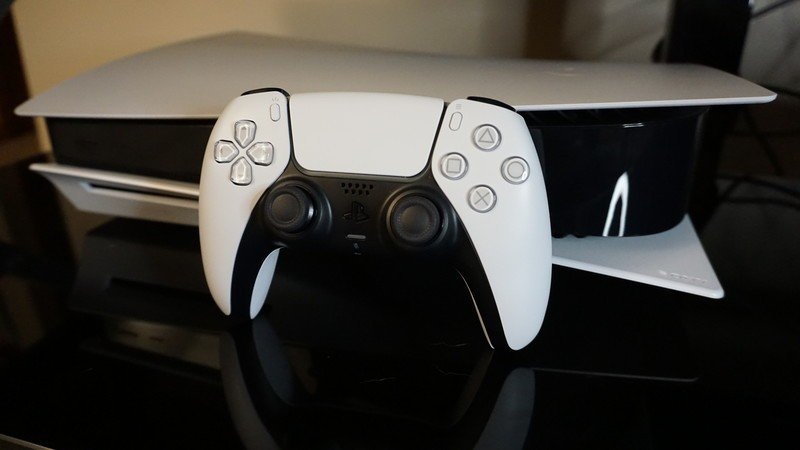 While they’re part of the same family, the differences between the PS5 and PS4 Pro are night and day. The PS5 is faster, more powerful, and can handle games that the PS4 Pro couldn’t even dream of thanks to the PS5’s SSD, GPU, and CPU. Their controllers are different, too, with the DualSense seemingly much better than the DualShock 4. There’s even a PS5 Digital Edition that comes without a disc drive.

You can buy a PS5 right now, but stock is extremely difficult to come by.

What about PlayStation VR? 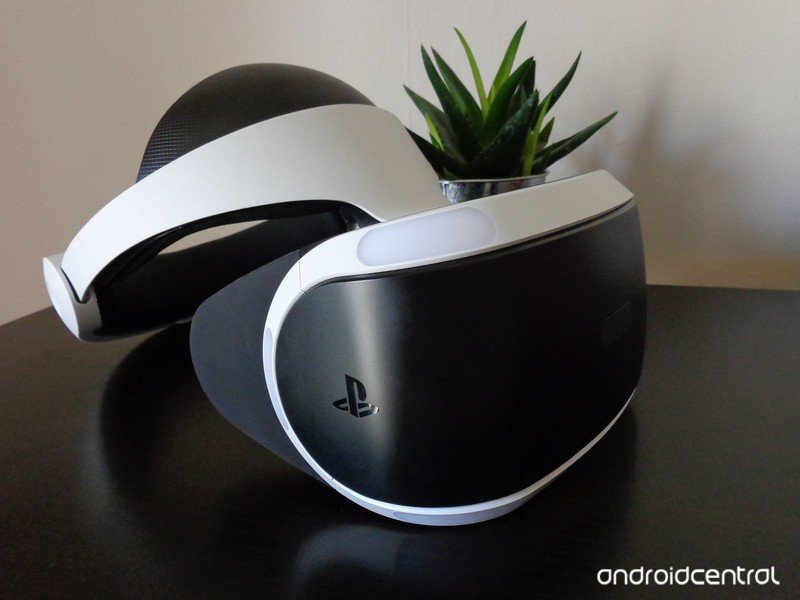 Most titles that were available before the Pro was released look slightly better on the Pro, and those titles updated to support the enhanced graphics in the Pro are noticeably better looking than on the standard PS4. Because of the high focus on framerate in PlayStation VR, what you’ll see in Pro Enhanced titles is more detail, not smoother transitions like you’d see on the television.

Long-term, you’ll probably want a PlayStation 4 Pro for better PlayStation VR gaming, even if you don’t notice a huge difference in quality between the two right now. Bigger and better games are going to want that additional power, and great new PlayStation VR games are coming every month. The overall design of your PS4 console probably shouldn’t be a final purchase decision, but it’s certainly something to consider. When a game Sony thinks is going to be hugely popular comes out, you can usually find a Limited Edition version of the console right behind it. There are also some cool classic designs like a PS4 themed like the original PlayStation or a bright blue version with the iconic button layout across the side.

The one important detail with Limited Edition consoles is they’re almost always designed around the PS4 Pro. Sony will occasionally make a cool PS4 Slim, but nine times out of ten the more capable console is the one chosen for these special designs.

For the best possible last-gen PlayStation experience, this is the one to buy

The PS4 Pro is an excellent gaming console for those not wanting to upgrade to the PS5, but premium 4K gaming comes with a premium price tag.

The slimmer PS4 plays every game with ease, but the lack of 4K output is noticeable if your TV supports it.