What is the newest Apple Watch? 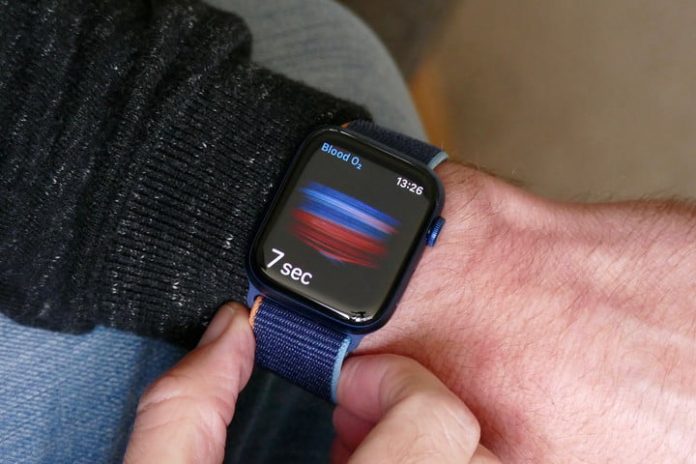 Let’s face it: Apple Watches all look pretty much identical. Even if the latest model introduces a new processor, new features, and some subtly updated dimensions, it’s often hard for casual observers to tell it apart from previous versions. This is unsurprising, given that there’s only so much you can do with the design of a smartwatch without interfering with its usability. At the same time, most people aren’t as familiar with the Apple Watch series as they are with iPhones, meaning that they very often aren’t up-to-date with which particular model is the latest.

However, fear not, for we’ve put together an article revealing the newest Apple Watch, as well as outlining the latest Apple Watches still sold directly by Apple. On top of that, there’s also a section at the bottom covering Apple Watch models discontinued by Apple but that you can still probably find online if you look hard enough.

What is the newest Apple Watch?

The Apple Watch Series 6 is the newest and most state-of-the-art Apple smartwatch available today. Apple officially launched it on September 18, so expect its successor to arrive on a similar date this year. That said, while it is the most advanced Apple Watch available, it’s actually the joint newest, since Apple also launched the cheaper Apple Watch SE on the same day.

These aren’t the only two Apple Watch models sold directly by Apple. There’s also one more: The Apple Watch Series 3. Yes, it may seem odd that Apple’s still selling the Apple Watch 3 while discontinuing the Series 4 and 5. However, the manufacturer has retained the nearly four-year-old watch as a lower-cost option since, at $199, it’s even cheaper than the Apple Watch SE.

The Apple Watch Series 6 is pretty much the ultimate smartwatch. Starting at $399, it covers every base you’d want a smartwatch to cover. Its health-and-fitness tracking is as comprehensive as anything else out there, its software is probably the smoothest on any watch out right now, and its powerful Apple S6 processor can handle any task you’d need a smartwatch to carry out.

While its design isn’t a departure from the Apple Watch Series 5, it still looks absolutely gorgeous. It features the same curvilinear squircle outline, while it has been complemented with a wider range of colors and straps. Its standard model comes in a lightweight aluminum frame, although you can also choose to spend more to have either stainless steel or titanium instead, which are more durable but a little heavier.

Another new feature is the watch’s blood oxygen (SpO2) sensor, which measures whether there’s enough oxygen in the blood. Admittedly, its use is limited on the Apple Watch since you’re generally better off using a medically certified oximeter to detect, say, complications arising from COVID-19 (or any other serious condition). Still, it can help give you a rough idea of how quickly you recover after vigorous exercise, for example.

Even if this feature is something of a gimmick, the Apple Watch Series 6’s health-and-fitness tracking features remain impressively exhaustive and accurate. It really is one of the best fitness trackers you can find right now, while its software is seamless and its battery provides around a day-and-a-half of use under a moderate usage regime. Taken together, it’s more or less the complete smartwatch.

To put it reductively, the Apple Watch SE is basically the Apple Watch Series 6, except it doesn’t have an always-on display, an electrocardiogram sensor, a blood-oxygen monitor, or the latest S6 processor. Otherwise, it’s a highly powerful and usable smartwatch, albeit a cheaper one.

Aside from the missing ECG and SpO2 sensors, the Apple Watch SE is also a very comprehensive health-and-fitness tracker. As with the Apple Watch Series 6, you can use it to monitor your heart rate and track your sleep, while it also provides copious amounts of data for a variety of workouts.

As for the general user experience, the SE’s harnessing of the S5 processor makes it very quick. It works seamlessly with a wide range of apps, from social media applications such as Twitter to more productivity-focused software like Microsoft Teams. As with other Apple Watches, the Digital Crown dial remains intuitive and responsive, allowing you to navigate WatchOS with a minimum amount of fuss.

The Apple Watch SE is available in 40mm and 44mm sizes, while you can also spend $50 extra to have a version with cellular connectivity (letting you make telephone calls). Regardless of which option you go for, you’ll have one of the best smartwatches around.

The Apple Watch 3 now begins at $199, making it $80 and $200 cheaper than the standard models of the Apple Watch SE and Series 6, respectively. And for that price, you get a whole lot of features, including a 1.65-inch Retina OLED display packing 303 ppi, the dual-core S3 processor, long battery life, a faultless software experience (it’s compatible with WatchOS 7), and the customary range of useful health-and-fitness tracking apps.

While the Apple Watch Series 3 lacks some of the newer sensors you get with the Series 6, it still offers heart-rate tracking and the GPS, accelerometer, gyroscope, and barometer you need to track many workouts. Because it supports the latest WatchOS 7, it offers basically the same software tricks as newer devices, such as sleep tracking and automatic hand-washing detection.

Sure, it may not be quite as fast as the Series 6 (or SE), but it still outperforms many other smartwatches. So if you want to save some money while still enjoying a great Apple device, it’s a very good choice.

The Apple Watch Series 5 is the best discontinued smartwatch you can find (if you’re lucky) right now. Launched in September 2019, it brought the always-on display to the Apple Watch line for the very first time, while it also further cemented the Apple Watch’s reputation for slick software and rigorous fitness-tracking features.

While you won’t be able to buy it directly from Apple, a quick browse shows that it can be found on sites such as Amazon and Best Buy, although some models are low in stock.

Dating back to 2018, the Apple Watch Series 4 received a perfect 5-out-of-5 score from us when we reviewed it, calling it “Apple’s finest hour in years.” It’s still a great smartwatch three years later, and while it lacks the always-on display of the Series 5 and 6, it does more or less everything else you’d want a smartwatch to do. Its design is (unsurprisingly) beautiful, its 1.78-inch Retina OLED screen is bright and crisp, and its fitness monitoring is reliably accurate. Given it’s compatible with WatchOS 7, you’ll also get all of the latest Apple Watch software innovations.

It is quite hard nowadays to find a new Apple Watch Series 4 online, although you can buy it renewed/refurbished on Amazon, Best Buy, and eBay.

Now we’re really going back in time. Launched in 2016, the Apple Watch Series 2 provided a noticeable leap forward compared to its predecessor. It added waterproofing (making it great for swimmers), a brighter OLED display, the dual-core S2 processor, and its own GPS sensor. Taken together, this truly promoted the smartwatch to the ranks of fully-fledged health-and-fitness tracker, while the inclusion of WatchOS 3 improved messaging and offered a number of relaxation features. That said, the Series 2 was let down slightly by relatively short battery life.

You’d be very hard-pressed to find a new Apple Watch Series 2 for sale these days. The likes of Amazon and Best Buy no longer stock it, while even eBay lists only secondhand models.

If you’re a historian of consumer tech, you may be interested in checking out the Apple Watch Series 1. Released back in 2015, it was Apple’s first smartwatch, and while it lacks the refinement and power of its successors, it proved highly successful. You won’t get as many fitness-tracking features as you would with the Series 6 or SE (or 5, 4, or 3), but it is compatible up to WatchOS 4, which provides support for a wider variety of workout types, as well as more watch faces, improved heart-rate visualizations, and a new Music app.

Unsurprisingly, you’re not going to find this for sale new from Amazon, Walmart, or Best Buy. Instead, you’ll have to go to eBay, where you’ll find only pre-owned models for sale.

Of course, we’re not too far from September, so expect the Series 6 and SE to be superseded soon enough. Keep watching this space.

Facebook
Twitter
Pinterest
WhatsApp
Previous articleForget HyperX and Razer: Why you need to buy this Alienware gaming headset today
Next articleHow to copy text from your camera with Live Text in iOS 15
- Advertisment -