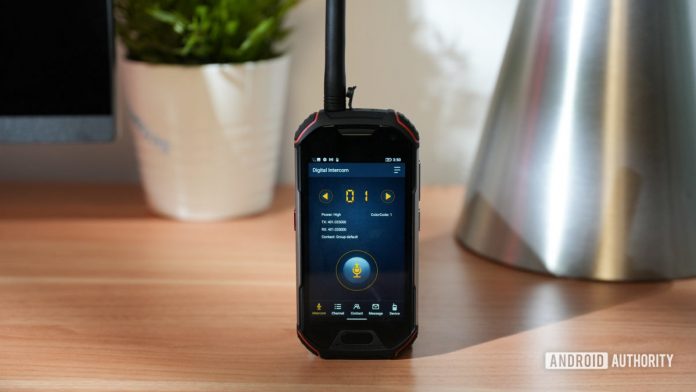 In a world where other manufacturers are competing to fit the largest displays possible into handheld devices, Unihertz has committed to going small, with a “less is more” approach.

The Atom XL is the top-of-the-line rugged phone offering from Unihertz, and offers a noticeable bump to a 4-inch screen from the 2.45-inches of the original Atom. Maybe size really does matter, begging the question: is 4-inches enough?

What you need to know about the Unihertz Atom XL

The Atom XL is the latest rugged smartphone from Unihertz, surpassing the Atom L and original Atom. It is spec-for-spec the exact same phone as the Atom L, with the addition of an antenna for walkie-talkie functionality. Unihertz sent us a review model which we tested for five days running Android 10 with build Unihertz_Atom_XL_20200312 on top.

Built for rugged work, the phone is IP68 water and dust-resistant. It also has a MIL-STD-810G rating for protection against shock, vibration, heat, cold, humidity, and more. The display is made from oleophobic Gorilla Glass 3, and the phone ships with two plastic screen protectors.

There is only one color and spec option available with the Atom XL. It comes with a Helio P60 octa-core CPU, 6GB of RAM, and 128GB of expandable storage, as well as a 4,300mAh non-removable battery.

At only 4-inches, the display is much smaller than the 6- and 7-inch displays found on most modern flagship smartphones. However, the Atom XL still weighs in at a hefty 243.5g as a result of the big battery and protective layers of metal and rubber casing.

Biometrics include a fingerprint reader, face unlock (software-based via the front-facing camera), and a heart rate sensor (via the rear-facing camera). The Unihertz Atom XL runs Android 10 out of the box; however, the company told us that they plan to update the phone to Android 11 by the end of August. 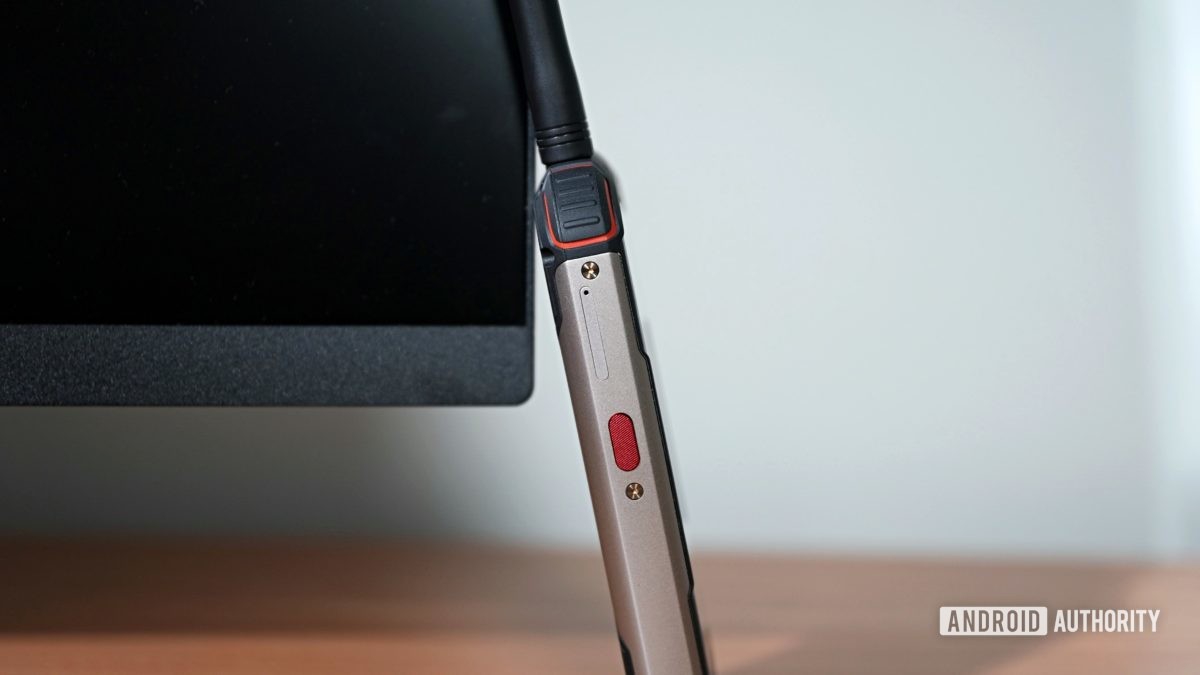 As a phone built for life on the go, the Unihertz Atom XL has tons of productivity features. By default, the red button on the side of the phone is set to Push To Talk (PTT) mode, so holding it will instantly launch the walkie-talkie functionality when the antenna is installed. However, by turning off PTT mode, the button becomes a hotkey and you can set custom functions for short press, long press, and double press.

The walkie-talkie functionality works great, with an 8km range to keep you connected. Eight digital channels and eight analog channels can be selected from within the Intercom app. There are also options for adding contacts, sending messages, and selecting geographical zones within the app.

As a phone built for life on the go, the Unihertz Atom XL has tons of productivity features.

Battery life on the Unihertz Atom XL is really good. Despite a 4,300mAh cell that is smaller than competing rugged phones, the phone can easily make it through a full day of heavy use. If you only use the phone sparingly you can stretch it out to a full week of use.

Performance on the Atom XL is comparable to other rugged phones. It won’t be challenging the best Android phones any time soon, but it runs everyday apps smoothly. 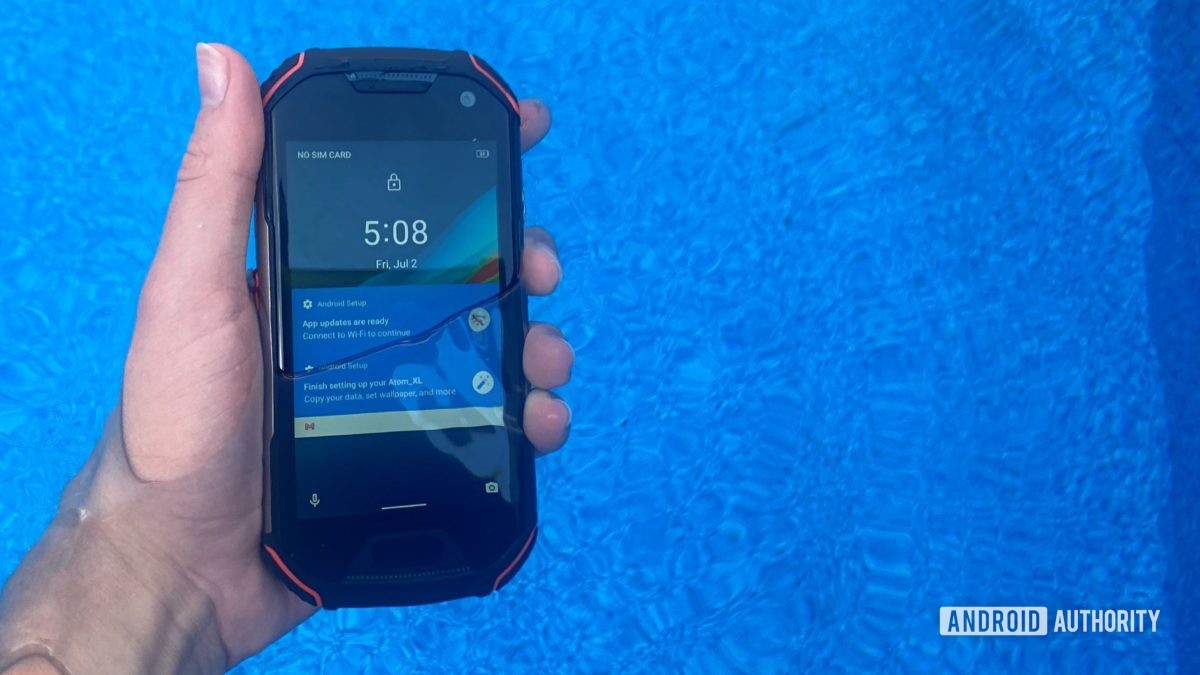 Many of the portability advantages associated with a phone that has a smaller screen are sacrificed to those giant bezels, bulky design, and hefty weight. While Unihertz has a clear function over form approach, much of the competition has managed to design equally rugged phones that are slimmer, lighter, and fit larger screens into a similarly sized body. It also doesn’t have the higher MIL-STD-810H rating or 5G connectivity that a few more pricey rugged phones offer.

While that tiny four-inch display is still serviceable for most tasks, I would have liked to see that extra bezel space on the front of the phone used to add an extra inch or two to the display. A slightly larger display would significantly improve typing, viewing content, and multi-tasking on the phone. Still, the display is bright enough to be used outdoors, and the 1,136 x 640 resolution is actually pretty sharp and pixel-dense on such a small display.

The portability advantages of a smaller screen are sacrificed to those giant bezels, bulky design, and hefty weight.

The phone features fast charging that Unihertz says is twice as fast as normal 5V/2A charge technology; however, it still takes three to four hours to fully charge up the 4,300mAh battery. There’s also no wireless charging compatibility, though that’s to be expected at this price.

There is a flap to protect the antenna port, but there aren’t any flaps on the USB charging port or headphone port. While the ports are still waterproof, it would be nice to have protective flaps to prevent dust and dirt from getting stuck inside.

Another strange omission from the phone is an app drawer, which Unihertz has excluded from its build of Android 10. Android enthusiasts may be irked by the company’s attempts to model the interface after iOS.

Unihertz Atom XL review: Should I buy it? 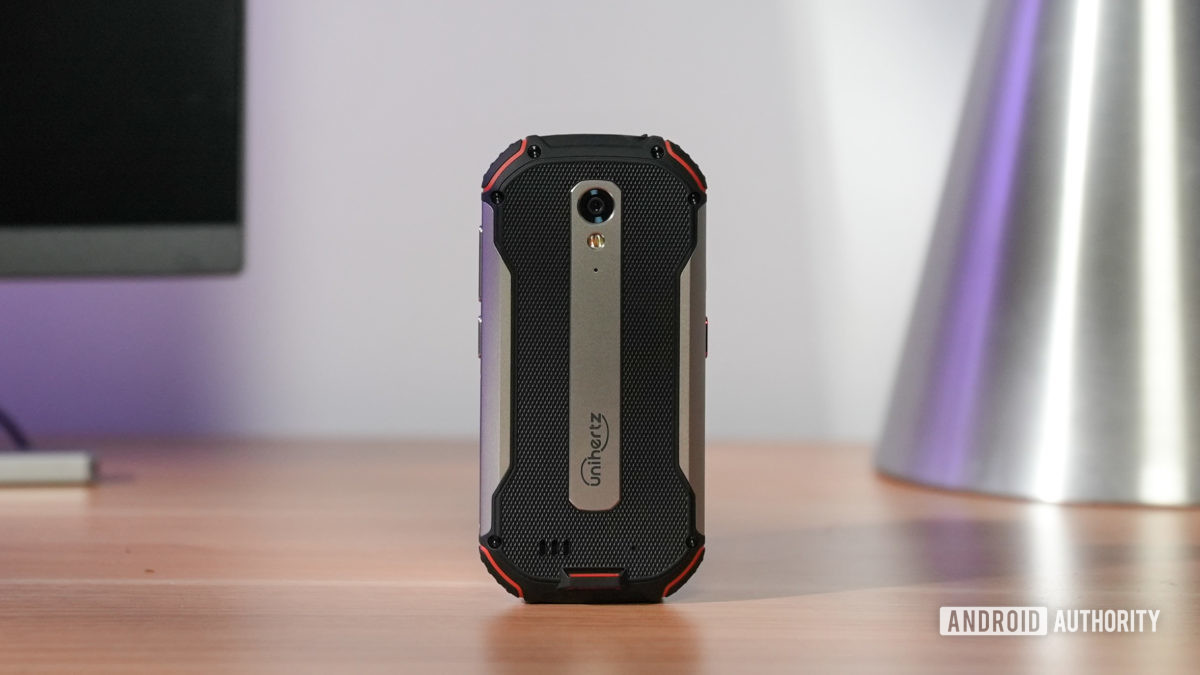 If you are looking for a second phone for work or travel, and would appreciate the walkie-talkie functionality, then you shouldn’t hesitate to buy the Unihertz Atom XL. It performs well for its price and has enough rugged protection to handle nearly any adventure you take it on, even if it’s not the most durable rugged phone money can buy.

If you are looking for an even more durable phone and aren’t interested in the Atom XL’s unique features, there are more well-rounded alternatives out there that may be better suited to your needs. For some extra cash, the BlackView BV9900 Pro ($499) offers stronger protection, a much nicer display, and extra tools such as a UV meter and hygrometer.

If you would appreciate the walkie-talkie functionality, then you shouldn’t hesitate to buy the Unihertz Atom XL.

The Doogee S96 Pro ($399) can also now be found for around the same price as the Atom XL on sale. It has four rear-facing cameras, including an infrared night-vision sensor. If you’re in the Samsung ecosystem, the Samsung Galaxy XCover Pro ($499) is also worth a look.

However, if you want a walkie-talkie phone and don’t mind a small display, the Unihertz Atom XL is the one to get. Click below to grab one for yourself.

Rugged phone with DMR Walkie-Talkie support, a 4300mAh battery that lasts for days, and a bevy of travel and work features.