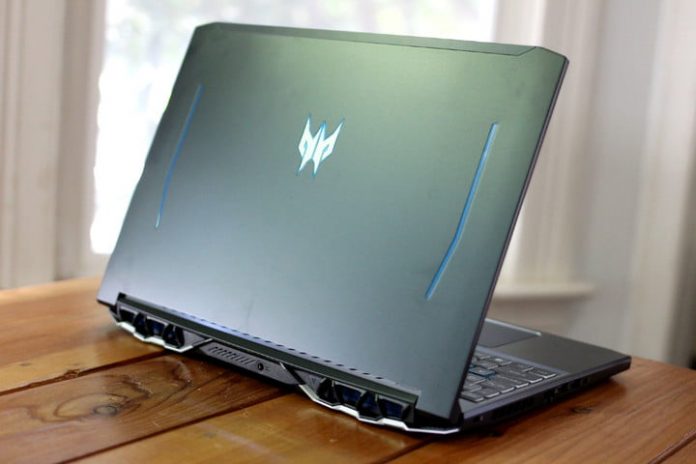 It’s not often that laptops get a free performance boost after launch, but that’s what’s happening with Acer’s latest gaming notebooks. The company has released firmware updates for several machines that increase the total graphics power (TGP) on RTX 30-series graphics cards, which could lead to a significant performance increase.

TGP is a key spec when choosing a laptop with an RTX 30-series graphics card. Manufacturers have a lot of control over how much power the GPU receives from the board, leading to wildly different performance on what should be identical components. More graphics power means that RTX 30-series graphics cards in select Acer laptops will run faster than they did before, all while targeting the same temperature.

Various models from the Acer Nitro 5, Helios 300, Triton 300, and Triton 300 SE series have firmware updates available now on Acer’s website. You can look up your laptop to see if it’s supported. Depending on the model and graphics card, you could see anywhere from a 5W boost to a 30W boost. The largest update is for the Helios 300 PH317-55 with an RTX 3060, which is the only model with a 30W boost.

“Our claim to gaming hardware is to offer a balance between the best possible CPU and GPU performance, volume and durability. Accordingly, we are pleased to be able to offer both interested buyers and many of our existing customers improved graphics performance with the BIOS update,” Marcel Behm, senior business manager for Acer Germany, said in a statement.

New machines will ship with the firmware update already installed. That said, we recommend checking for an available BIOS update regardless of when you purchased your machine.

More board power will surely increase performance, but there’s no saying how much. The performance uplift will largely depend on your laptop’s configuration and thermal limits, not on the board power of the graphics card alone. The best way to tell is to download the update if you have a supported machine.

If you’re interested in updating, all you need to do is download the update from Acer’s website, extract the folder, and run the executable file inside. Before doing that, though, make sure you save any work you have, plug your charger in, and remove any devices connected to your machine. If your computer loses power or there’s a conflict with a connected device during the update, it could ruin your laptop.