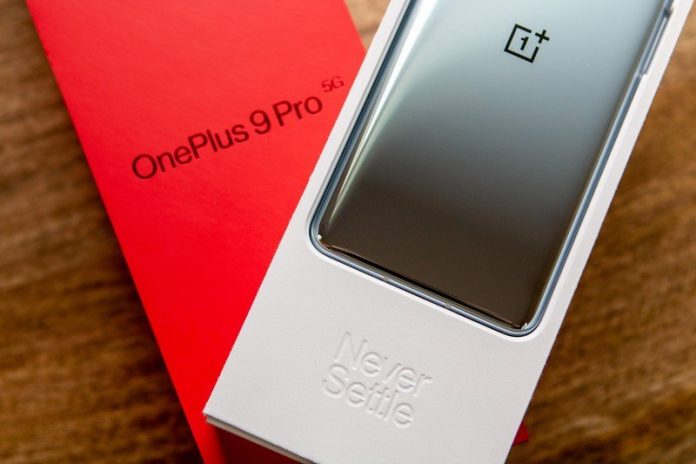 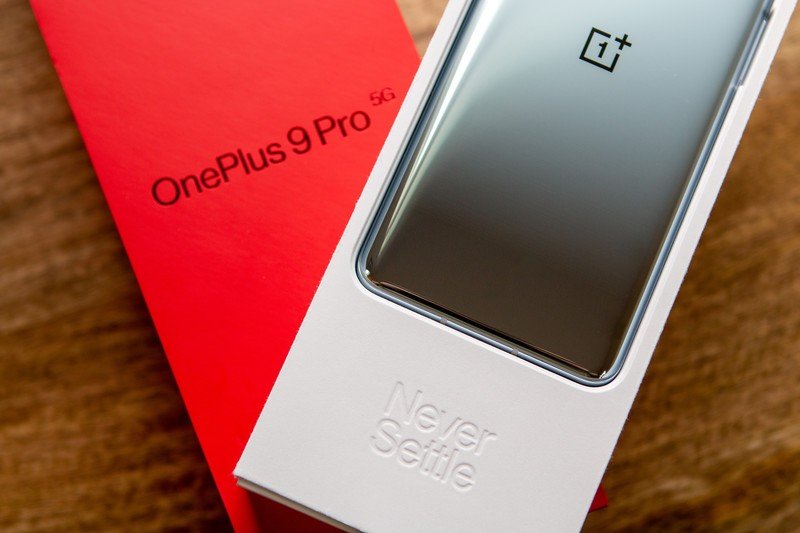 OnePlus went about it all wrong.

OnePlus has been under fire lately over its decision to quietly implement app optimization in its latest flagship smartphones. However, while the act itself has been seen as problematic by some, experts are saying that throttling apps wasn’t the biggest problem. The main issue is that the company was not upfront about its decision to throttle app performance on the OnePlus 9 and OnePlus 9 Pro.

After an initial investigation by Andrei Frumusanu at Anandtech, it was discovered through benchmarking is that the OnePlus 9 Pro seems to perform worse than some of the best Android phones on the market when it comes to running many apps. This would include devices like the Samsung Galaxy S21 Ultra and Xiaomi Mi 11 Ultra, both of which use the same Qualcomm Snapdragon 888 processor.

Frumusanu points out that in regular usage, it’s not very apparent that this is happening. “In isolation, you’d probably not notice it…I hadn’t immediately noticed it myself,” he said in an interview. “However, if I know what I’m looking for, or compare it to other devices, then yes, I absolutely notice it.”

Some of the most popular apps aren’t taking full advantage of your phone’s power.

On July 7, OnePlus admitted the throttling, explaining that its engineers have been working “to optimize the devices’ performance when using many of the most popular apps, including Chrome, by matching the app’s processor requirements with the most appropriate power.” In other words, it’s slowing down certain apps by limiting how much of the CPU they can use.

It’s disappointing to see OnePlus handsets making performance decisions based on application identifiers rather than application behavior. We view this as a form of benchmark manipulation. We’ve delisted the OnePlus 9 and OnePlus 9 Pro from our Android Benchmark chart. https://t.co/G40wmWeg7o

Why is OnePlus slowing down apps?

OnePlus’ initial explanation was that is it was optimizing app performance to “improve the devices’ battery life and heat management.” This apparently followed early reports of OnePlus 9 devices overheating.

The company further clarified on Monday how it is attempting to match CPU frequency with the performance requirements of individual apps. OnePlus says heavy games will run at full clock speed, “but with actions that do not require the maximum power, reading a webpage or scrolling through Twitter and Instagram, it’s not necessary for the CPU to run at almost 3GHz to do that smoothly.”

Throttling performance is not completely unheard of in the smartphone industry, especially if it increases battery life to better match an OEM’s claims. However, it could impact user experience, and some consumers may value performance over battery life, particularly for a phone that costs $1,000. And while benchmarks aren’t the tell-all of a device’s performance, Frumusanu compares it to buying a car. “You’re paying for a 500HP engine but you somehow got a 400HP engine. Are you going to notice it in everyday driving? Probably not. Is it still going to be plenty fast? Sure.”

“The question on whether most people notice it or not….is the core philosophical question at [the] heart of device reviews and evaluation of performance,” said Frumusanu.

He points out how OnePlus makes bold claims about the “ultra powerful Snapdragon 888”, only to throttle its performance. “Much like a fancy car that costs a lot of money, we’re talking about expensive $1,000 smartphones here – if you didn’t care about a core aspect of what actually makes the device have that price point, then why are you even buying it?”

With our fastest ever 5G, ultra-powerful Snapdragon 888 CPU and next-gen RAM, uncompromising power has arrived.

The battery life over performance argument is often a subjective one and depends on what the user values. However, other smartphones like the Galaxy S21 series appear to have better battery life than the OnePlus phones, something Frumusanu says could be due to a combination of factors, such as high baseline power in OnePlus 9 and 9 Pro, a less efficient display, and the inclusion of a dual-cell battery.

Many experts, including Frumusanu, say that the biggest problem isn’t with OnePlus sacrificing performance to squeeze more battery life into its phones, especially if those performance losses aren’t very noticeable among users. The foremost problem is that OnePlus did so under the radar, causing the situation to turn into a much bigger problem than it could have been.

This isn’t the first time 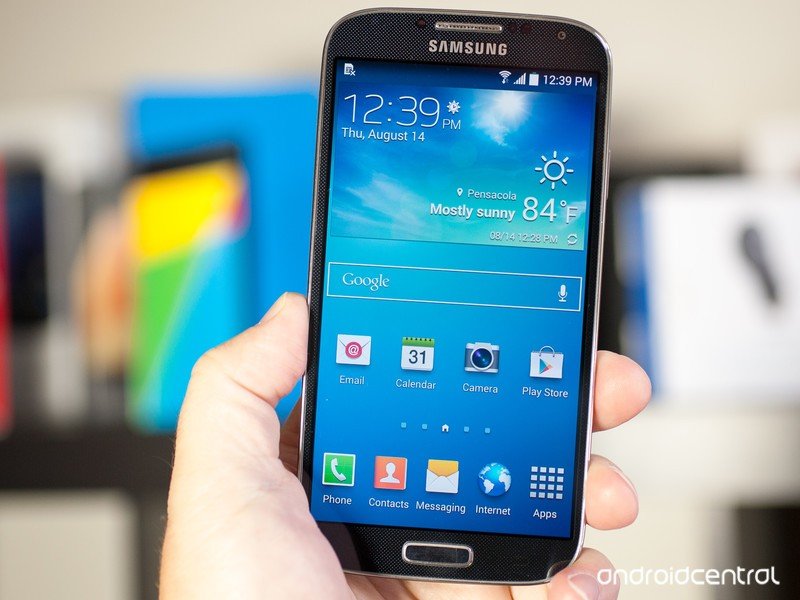 OnePlus isn’t the only company that has been caught manipulating the performance of its devices. As far back as 2013, Samsung was one of the worst offenders of this, inflating its benchmark numbers to embellish the performance of its Galaxy smartphones. Years later, Huawei was found to do more or less the same thing while reducing actual performance.

MediaTek was the most recent offender of this, and a prime reason why Android Central’s Jerry Hildenbrand pointed out the faults in benchmarking phones. Companies cheat, whether it’s by overinflating their performance or underperforming to hit other metrics. OnePlus just so happens to be in the latter camp.

Even Apple was caught throttling older iPhones in an attempt to save them from battery issues that caused devices to shut off, and faced a large financial penalty because of it. While the reasoning behind it was more or less justified, the biggest problem that arose from the situation was around the secrecy of Apple’s implementation. Eventually, the company admitted what it was doing and even gave users the option to toggle this performance optimization on or off, but so far, OnePlus has not indicated it would do such a thing and many fans seem to be asking for it.

OnePlus needs to “give this power and choice back to users.”

OnePlus is a company that’s known for having a good relationship with its community. The company regularly posts updates on its forums from its software developers and even the CEO, teasing upcoming device launches and even gathering community input on potential features for future updates. That’s why it’s so surprising that the company wasn’t upfront about its decision to throttle app performance.

“…if OnePlus isn’t working with its community….the brand is doing itself a disservice.”

Anshel Sag, a senior analyst at Moor Insights & Strategy, notes that while throttling is a fairly common practice in the smartphone industry, companies like OnePlus need to be more upfront about moves like this or risk having to do damage control when things blow out of proportion. “OnePlus fans are very performance-oriented and if OnePlus isn’t working with its community that it spent so much time and money to cultivate, the brand is doing itself a disservice.”

Neil Shah from Counterpoint Research agrees that throttling up or down is okay to a certain extent, “as long as OEMs and chipset brands are not throttling just to game the benchmarks but with UX as a primary focus.” Even so, he says it’s important that OEMs “give this power and choice back to users on what apps or services need to be boosted or dumbed down or do it dynamically based on the app performance, efficient codebase and user behavior.”

OnePlus has already been criticized lately by fans for deviating from its “Never Settle” mantra by releasing underwhelming wearable devices and more expensive smartphones akin to its competitors. OnePlus phones were once known as “flagship killers” that ended up turning into just plain flagships, with the price tag to match. The problem is that now, users are being cheated out of performance despite paying a premium, without any say in the matter.

OnePlus has made itself the arbiter on how its fans get to experience running apps on its smartphones. Even when asked whether the company plans to provide users with some way to opt-out of throttling these blacklisted apps, OnePlus gave us the same pre-written response it provided to everyone else without actually addressing the questions we had posed.

How will this affect OnePlus? Digging into OnePlus’ recent explanation over the app throttling, many responses appear to praise the company for coming out to admit what it’s doing and why. That said, others are less than pleased with what the company is doing.

One user complains that OnePlus didn’t actually admit to doing anything wrong. “If OnePlus thought they should’ve been transparent, they could’ve said that. He said nothing of the sort. They said, ‘We did this and now you need to deal with it.'” He goes on to say that OnePlus could easily decide to start throttling other aspects of the phone without giving users the option to toggle these “optimizations” on or off.

Bryan Ma from the International Data Corporation (IDC) says that while the situation puts a strain on its relationship with consumers, OnePlus has a chance to save face. “It can restore some trust by being more transparent with the list of apps and giving users more flexibility on the throttling. After all, many of these fans are power users who want control of their systems.” He says that the challenge for OnePlus is the delicate dance between retaining its fanbase and transitioning to a more mainstream OEM.