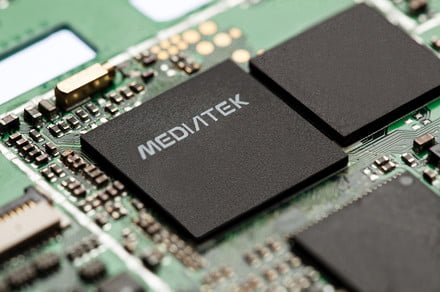 AT GDC 2021, Nvidia unveiled the first-ever demo of RTX features running on an ARM-based system. ARM is mostly known for designing the chips inside many smartphones and tablets, far away from high-performance gaming PCs. Nvidia’s demo shows that ARM could be at the heart of future gaming desktops, however, and it’s making software development kits (SDKs) supporting RTX features on ARM and Linux available today.

The demo (above) shows off Wolfenstein: Youngblood and The Bistro demo running on an ARM-based system with ray tracing and Deep Learning Super Sampling (DLSS) enabled. The test machine was outfitted with an RTX 3060 and MediaTek Kompanio 1200, which is an eight-core CPU using four big ARM Cortex-A78 cores and four little ARM Cortex-A55 cores.

This hybrid design (known as big.LITTLE) is what makes ARM processors tick. The big cores handle intensive tasks, while the little cores handle simpler tasks in the background. Intel’s upcoming Alder Lake processors are set to use a similar design, which optimizes performance by delegating work based on how demanding it is.

“MediaTek and NVIDIA are laying the foundation for a new category of Arm-based high-performance PCs,” PC Tseng, general manager of MediaTek’s Intelligent Multimedia Business unit, said. That foundation begins with a bundle of SDKs that developers can now use on ARM and Linux:

Only three of the tools are available to developers now — RTXDI, NRD, and RTXMU. The two most exciting SDKs, DLSS and RTXGI, are “coming soon.” This is the first time that x86-based Windows systems have been seriously threatened for gaming. In the future, it’s possible we could see ARM devices like Chromebooks and tablets accelerated by Nvidia graphics to provide a full desktop gaming experience.

In the demos, the RTX 3060 is pulling most of the weight when it comes to rendering. The demos don’t speak to the power of ARM processors as much as they speak to the possibility of even running demanding games on such a platform.

Nvidia announced its partnership with MediaTek in April, saying that its goal was “to create a reference system and SDK for Chrome OS and Linux PCs.” The SDKs released today show that the partnership paid off.

The advancements are due in part to Nvidia’s ongoing acquisition of ARM. The company put up $40 billion to acquire one of the world’s largest chip designers, though it has encountered several hurdles during the acquisition process. The deal is at the behest of U.S., European, and Chinese regulatory authorities, who are surely scrutinizing such a large deal closely. It was originally set to close in March 2022, though the companies could decide to extend the deadline to September 2022.

Regardless, it looks like a new class of gaming PCs is on the horizon. And if ARM designs are at the center of them, that’s good news for PC gamers.

Facebook
Twitter
Pinterest
WhatsApp
Previous articleGoogle needs to figure out supply before the Pixel 6
Next articleCan’t afford the Dell XPS 13? Try these laptop deals instead
- Advertisment -