HomeNewsMotorola Moto Edge 20 series: Everything we think we know
News

Motorola Moto Edge 20 series: Everything we think we know 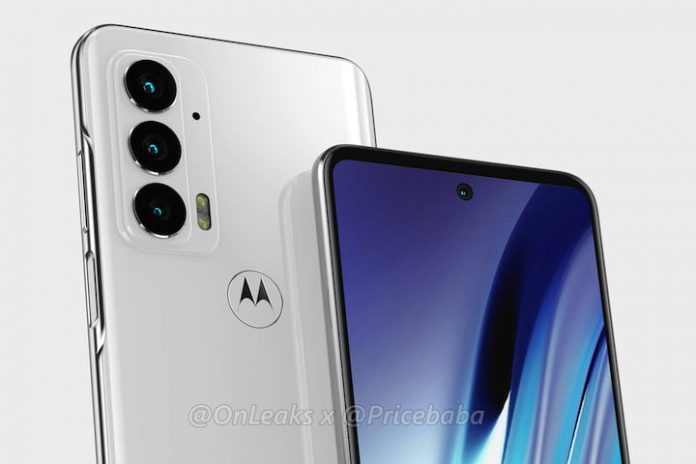 Rumors suggest Motorola is launching its new Edge 20 series of phones in the U.S., with the latest leaks from @OnLeaks and @evleaks suggesting we can expect a Motorola Edge 20 Lite, an Edge 20, and an Edge 20 Plus. Specs and high-resolution renders were also recently shared by Pricebaba. Here’s everything we know about each device in the lineup so far, including a possible release date.

Motorola Edge 20 Lite: The baby of the bunch

The Edge 20 Lite is tipped to be the cheapest of the new Edge 20 series, with leaks suggesting it will be powered by a MediaTek Dimensity 720 5G chip, with 8GB of RAM and 128GB of storage. It will purportedly sport a 6.7-inch full HD+ display, the same as the other phones in the series, but is likely to have a 90Hz refresh rate. It’s reported to have three rear cameras: A 108MP main, a 16MP ultra-wide, and an 8MP lens, with a 32MP selfie camera on the front. The battery here is tipped to be the biggest of the range, with a 5,000mAh battery and 30-watt fast charging.

Leaks suggest the Edge 20 will be powered by a Qualcomm Snapdragon 778G chip, with 6GB or 8GB of RAM and 128GB or 256GB of storage, although we don’t yet know whether this will be expandable via MicroSD card. The middle phone of the series is also rumored to have a 6.7-inch full HD+ display. While TechnikNews‘ leak rumored a 144Hz refresh rate for the Edge 20, it looks more likely from sources including PriceBaba that the refresh rate will be 120Hz — still great news for gamers.

When it comes to cameras, the Edge 20 is reported to have the same lineup as the Edge 20 Lite. We’re told to expect a 4,000mAh battery, therefore unfortunately a smaller battery than in the Edge 20 Lite, but we’ll have to wait and see at launch if this is accurate.

The flagship of the Edge 20 lineup, the Edge 20 Pro will supposedly be powered by a Qualcomm Snapdragon 870 chip, with 12GB of RAM and 256GB storage, although it’s as yet unclear whether this will be expandable via a MicroSD card. The same as the other two phones in the series, it will likely have a 6.7-inch full HD+ display, but the refresh rate here is said to be 144Hz, which, if true, could give high-end gaming phones a run for their money. The cameras on offer are supposedly the same as the Edge 20, but the battery looks likely to be larger at 4,500mAh, according to the leak, with 30-watt fast charging.

There’s plenty we still don’t know, including which of the three phones — if any — will come with a MicroSD card slot for expandable storage, and whether any will include a 3.5mm headphone jack, something that has vanished from high-end phones, but still sometimes turns up on cheaper models.

When will they launch?

No release date has been confirmed yet for the U.S. but a post from Motorola on Chinese social network Weibo seems to suggest the phone may launch at a Motorola press conference in China on August 5. As for pricing, again, nothing is set in stone, but leaks suggest the Edge 20 will be available for around $590, while the Edge 20 Pro is tipped to cost around $825. No pricing has been mentioned yet for the Edge 20 Lite, although it’s fair to say we can expect it to be the most affordable of the series.