Microsoft brings Windows to the cloud with Windows 365 Cloud PC 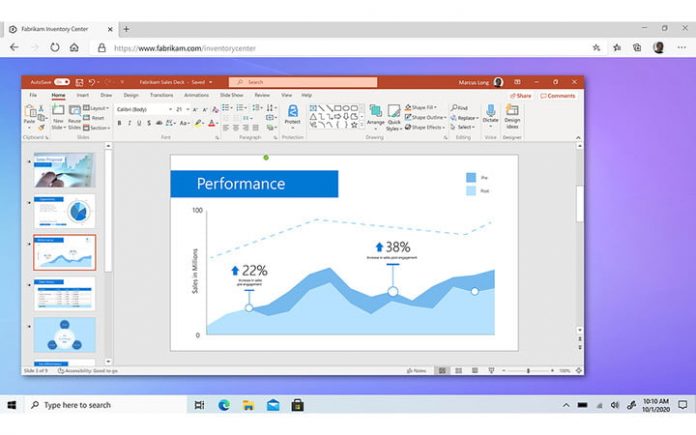 Microsoft has revealed Windows 365 Cloud PC, a new way for enterprise and business customers to experience Windows 10 or Windows 11 as a cloud service via the power of Microsoft Cloud.

Part of a new personal computing category Microsoft is calling “Cloud PC,” the Windows 365 service aims to allow organizations to give temporary and seasonal workers, and other first-line workers more ways to access Windows. As rumored, the service will be coming on August 2 and initially will allow its users to experience Windows 10 via the cloud, followed by Windows 11 later this calendar year when it is released.

Windows 365 is suited for all kinds of workers, from interns to contractors, software designers, and industrial designers. That’s because Windows 365 uses the Microsoft Cloud to stream a full version of Windows with all apps, data, and settings to a personal or corporate device. With that cloud power, users can expect instant-on boot and the ability to get and use Windows on all different devices such as Macs, iPads, or even on Linux and Android, regardless of the devices high-end or have low specifications.

“You can pick up right where you left off, because the state of your Cloud PC remains the same, even when you switch devices. You can get the same work done on a laptop in a hotel room,” said Wangui McKelvey, General Manager, Microsoft 365.

Windows 365 supports business apps, the Microsoft 365 apps, and any other Windows app needed in the enterprise that can be installed on a traditional PC. Microsoft will be offering different sizes of Windows 365 Cloud PC, with per user per month pricing. There will be two edition options, Windows 365 Business, and Windows 365 Enterprise. All editions will have multiple configurations based on performance needs, but this isn’t something that’s catered for everyday consumers at the moment.

Microsoft says that similarly to the way it has embraced the cloud for other products, Windows 365 Cloud PC will help solve novel and traditional challenges for organizations such as buying different Windows devices for different employees. For Microsoft, it is not just about allowing and securing remote access, but also about helping customers retaining talent, improve productivity, and ensure security.

“Businesses need a solution that helps their employees collaborate, share, and create while also keeping their data safe and secure. We have an opportunity to design the tools that will empower this new world of hybrid work with a new perspective and the power and security of the cloud,” said McKelvey.

Windows 365 is built on Azure Virtual desktop but will simplify the virtualization experience so that it handles all the details for IT admins, allowing them to scale processing power and monitor the performance of the cloud PC. IT admins can even manage Windows 365 PCs via the Microsoft Endpoint Manager and apply and manage security policies as normal.