HomeNewsiPad Mini 6 to Feature 8.3-Inch Display With No Home Button and...
News

iPad Mini 6 to Feature 8.3-Inch Display With No Home Button and Narrower Bezels 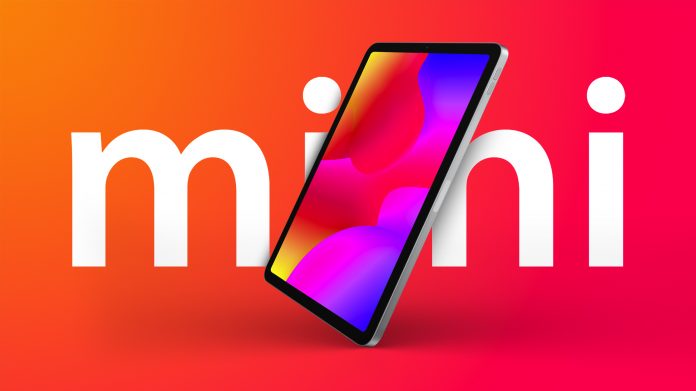 The sixth-generation iPad mini that’s in the works will have an 8.3-inch display, according to display analyst Ross Young. That will be larger than the current 7.9-inch display, with the larger size due to the removal of the Home button and a narrower bezel design.

Rumors about the ‌iPad mini‌ 6 have been picking up in recent weeks ahead of its prospective launch this fall.

Grew from 7.9″ due to narrower bezels and removal of Home button.

There was mixed information on whether the new ‌iPad mini‌ would have a Home button, but rumors now appear to be coalescing around an iPad Air 4-like design with no Home button and either Face ID or a Touch ID power button.

The new ‌iPad mini‌ could include either an A14 chip or an A15 chip, plus it is expected to have a USB-C port instead of a Lightning port, which would bring Apple closer to dropping Lightning on the iPad lineup.

DigiTimes recently suggested the new ‌iPad mini‌ would have a mini-LED display, but a report from Young last week disputed that information and said the ‌iPad mini‌ 6 will have a standard display rather than a mini-LED display.Related Roundup: iPad mini 5Buyer’s Guide: iPad Mini (Don’t Buy)Related Forum: iPad
This article, “iPad Mini 6 to Feature 8.3-Inch Display With No Home Button and Narrower Bezels” first appeared on MacRumors.com