HomeHow toiOS 15: How to Set Leaving and Arrival Times for Driving Directions...
How to

iOS 15: How to Set Leaving and Arrival Times for Driving Directions in Apple Maps 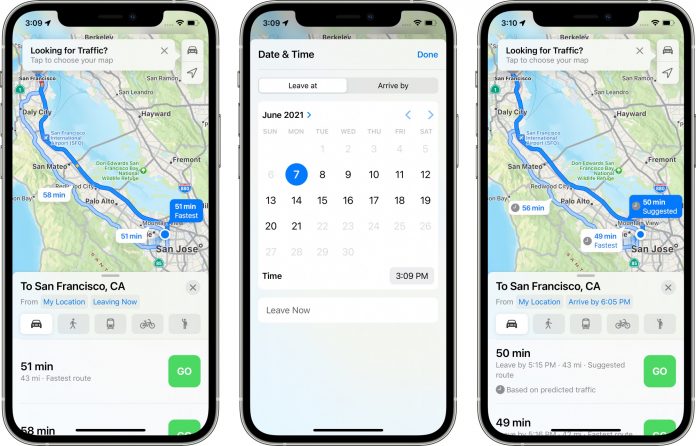 Apple Maps received several notable improvements in iOS 15, including new details in cities, an interactive globe, and enhanced driving directions. It also gained a feature that has long been available in rival map apps – the ability to set leaving and arrival times for driving directions.

This is a feature that’s long been available for Google Maps, and one that’s really useful if you have a journey planned in the near future and you want to know how long it’s going to take to get there or when you need to leave in order to arrive at a particular time.

Until now, there was no way to get estimated travel times in advance of a trip using the ‌‌Apple Maps‌‌ app. In previous versions of iOS, leaving and arrival time input was limited to directions for public transportation, but Apple has thankfully now expanded the option to driving, putting it on a more level playing field with Google Maps in the battle for users.

The following steps explain how to make use of the new leaving and arrival times on iPhones and iPads running ‌iOS 15‌ and iPadOS 15 or later.
In ‌Apple Maps‌’ search field, enter your destination and tap Search.
Tap the Driving directions button.
Tap Leaving Now. 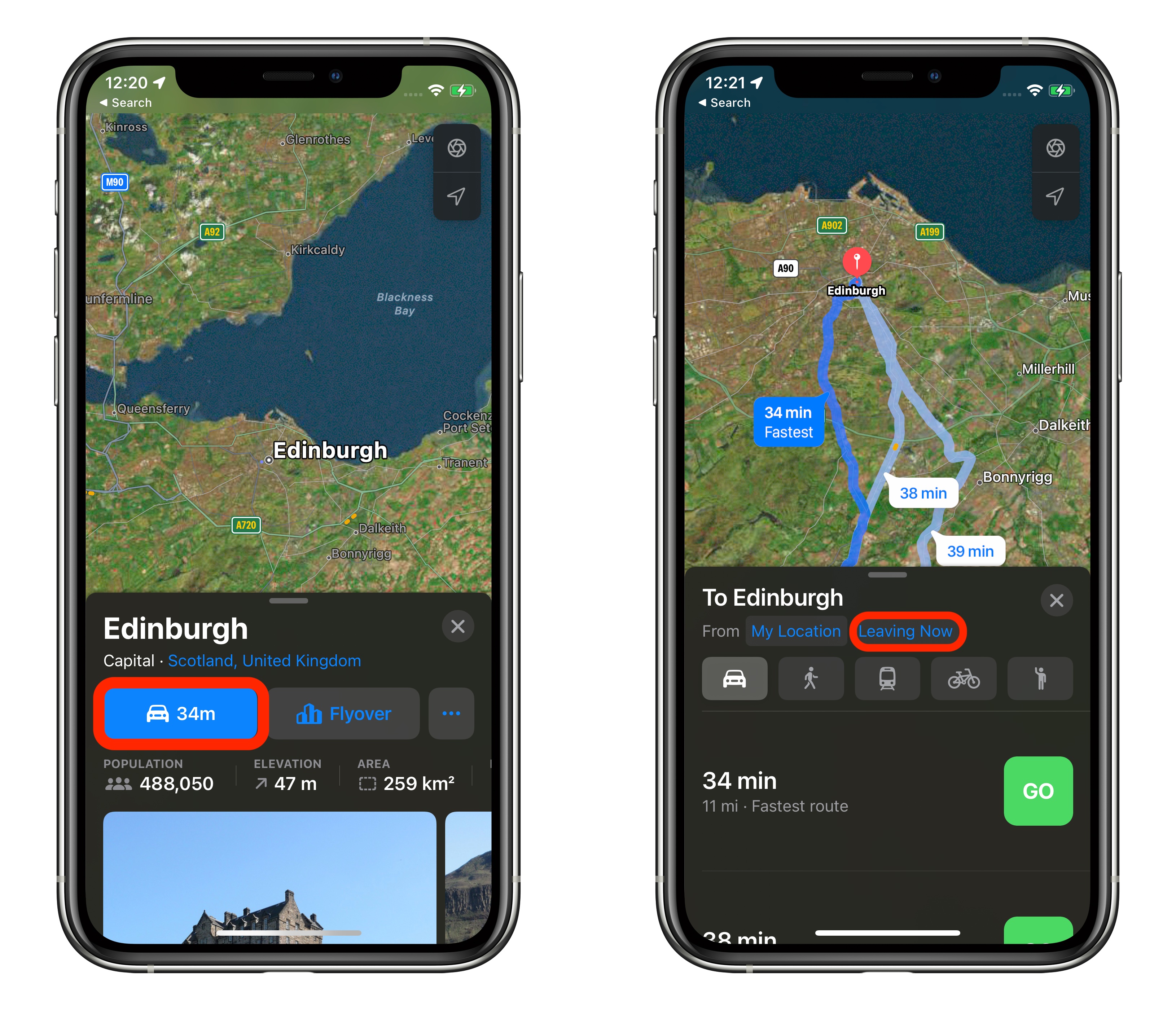 Using the Leave at and Arrive by tabs, select a time and date.
Tap Done. 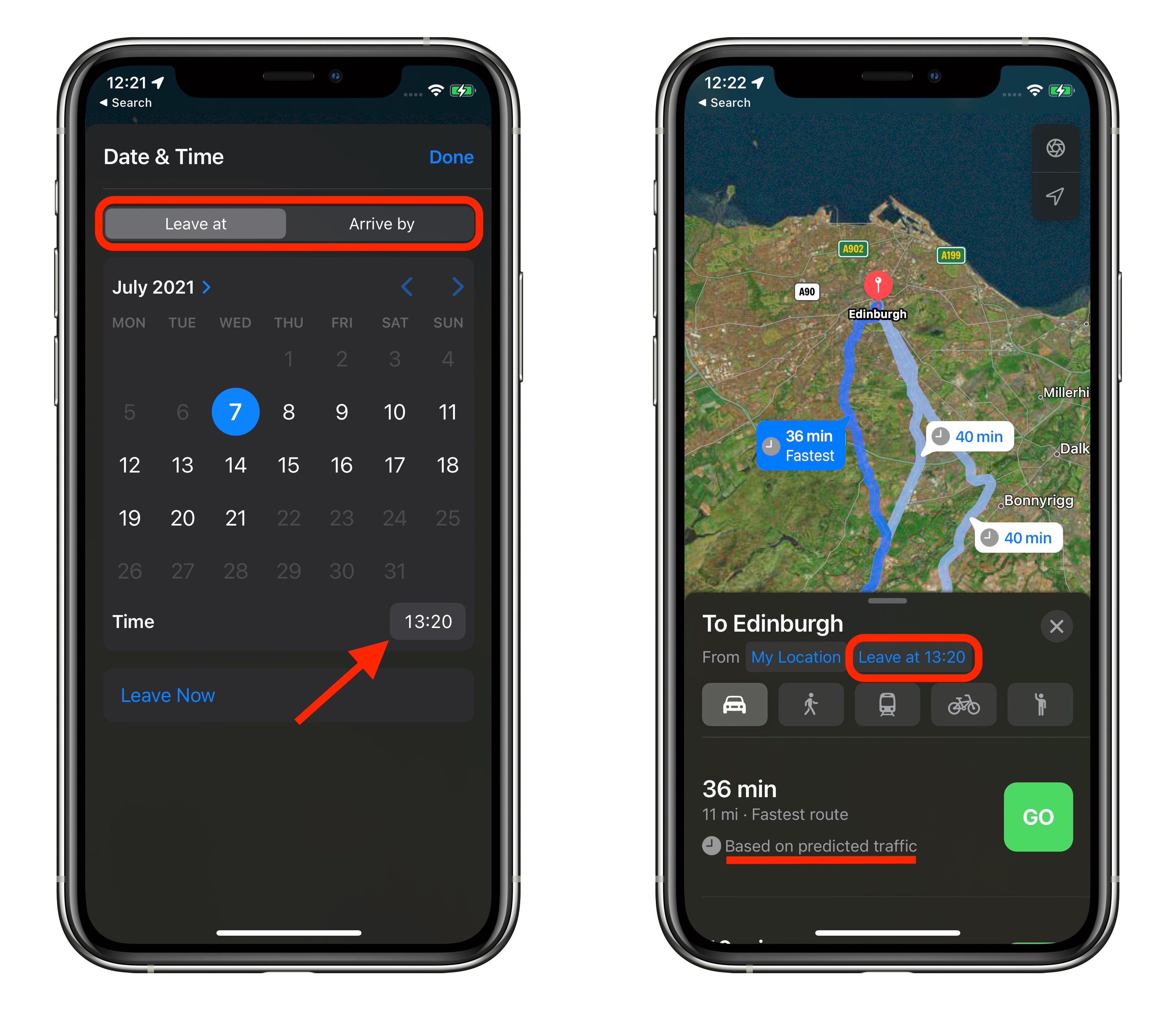 ‌Apple Maps‌ will show you several directions and how long it will take you to get to your destination based on predicted traffic for the time and date you selected. Related Roundups: iOS 15, iPadOS 15Tag: Apple MapsRelated Forum: iOS 15
This article, “iOS 15: How to Set Leaving and Arrival Times for Driving Directions in Apple Maps” first appeared on MacRumors.com