HomeHow toHow to play Supporters in Pokémon Unite: Eldegoss, Mr. Mime, and Wigglytuff
How to

How to play Supporters in Pokémon Unite: Eldegoss, Mr. Mime, and Wigglytuff 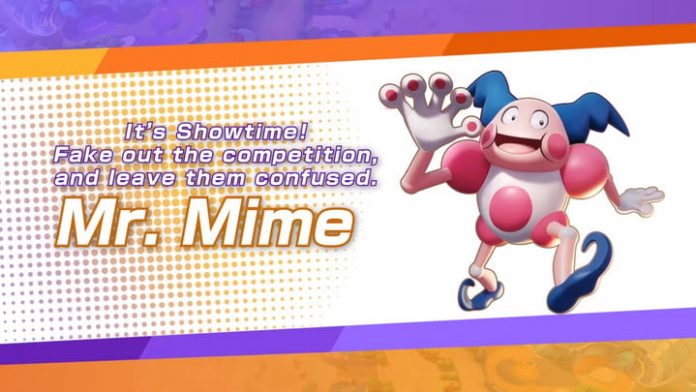 Supporters are one of the strangest Battle Types in Pokémon Unite. Unlike Defenders, which are always soaking up damage, and Attackers, which are always dealing out damage, Supporters are a bit of a wild card. Some excel at healing their allies, others are champions of crowd control, and there’s even one who manages to be a bit of a Defender while doling out debuffs.

If you’re hoping to learn the basics of Supporters, this is a great place to start. Here are a few tips and tricks for playing Supporter in Pokémon Unite, along with a few specific strategies for Eldegoss, Mr. Mime, and Wigglytuff.

As a Supporter, your job is to stick by your teammates — typically your Attackers or All-Rounders — and assist them with your healing, crowd control, and debuff skills. When playing correctly, you’ll end up with plenty of assists but very few actual knockouts. As their name suggests, you need to support your team in whichever way you can.

Endurance and Offense of most Supporters are among the lowest in the game, which makes it critical to watch your lane position and stay out of the line of fire. Ideally, you’ll be located several paces behind your teammates, using your abilities from a distance but still having an impact on the battle.

Here are a few basic tips to help you get the hang of Pokémon Unite‘s behind-the-scenes Supporter Battle Type:

Each Supporter in Pokémon Unite has its own unique playstyle. The above tips are a good starting point for newcomers, but to become an expert, you’ll need a bit more nuance. Here are a few tips for all of Pokémon Unite‘s Supporters.

If you’re just dipping your toes into the world of Supporters, consider starting with Eldegoss. As one of the easier characters to learn, Eldegoss can help you come to terms with the unique playstyle expected of Supporters.

Before heading into battle, however, make sure you’re using the right Held Items. We’d recommend equipping a Shell Bell at a minimum, as this will recover at least 45 HP every time you hit an opponent with one of your skills. The higher your Sp. Atk, the more HP you’ll recover — so consider adding Wise Glasses as another Held Item to improve this stat.

As far as actual gameplay goes, Pollen Puff — unlocked at Level 4 — will quickly become your go-to move. This attack releases a ball of pollen that both damages enemies and restores ally HP. Combine that skill with Cotton Guard — unlocked at Level 6 — and you’ll be able to heal your allies while also creating a cotton shield that absorbs incoming damage.

Before you unlock those two skills, there’s not a whole lot you can do to help out your team. Focus on earning XP from Wild Pokémon and low-level enemies to fill out your hotbar, then meet up with your teammates to provide them with a healing boost during combat.

Believe it or not, Mr. Mime’s Endurance is among the best in all Pokémon Unite — a rarity for Support characters. This gives you a bit of flexibility for positioning, as you can take a fair number of hits before getting knocked out. Use this to your advantage to be aggressive and help your team push the lane forward.

Just because they can take a beating doesn’t mean you should turn into a tank and neglect your duty as a Supporter. Much of Mr. Mime’s skillset revolves around disorienting the opponent and applying debuffs. For example, Light Screen creates a solid wall of light that prevents enemies from advancing. Time this properly, and you can trap opponents who are trying to escape — or stop enemies from chasing your team as they flee.

Once you hit Level 4, you’ll gain access to Psychic — an offensive skill that deals impressive damage and can even leave enemies temporarily immobilized. Combine this skill with Mr. Mime’s high Endurance, and you’ll be able to deal a good chunk of damage to anyone in your path. As a “tanky” character, Mr. Mime’s playstyle sits halfway between Defender and Supporter — limit your opponent’s movement, absorb their attacks, and give your teammates an opening to attack. If you like the idea of playing Supporter but want a more active role in combat, Mr. Mime is your guy.

Besides its outstanding Support stat, nearly everything else about Wigglytuff is a hard sell. Nonexistent Offense mixed with dismal Scoring and Mobility leaves you with little wiggle room in terms of playstyle. There’s no tanking, no scoring, and no venturing out on your own — Wigglytuff needs to always stick by its teammates.

The need to stick with a group makes the Rollout skill invaluable. This sees you curling up into a ball before rocketing across the map. It’s great to get out of sticky situations, but just as useful for quickly moving between lanes to aid the rest of your crew. Earlier in the match, you can rely on Defense Curl, which provides much the same effect.

Slap is another skill to master early on, as it’ll lower enemy movement speeds and give your team an opening for easy attacks. It’s also great because it allows you to move into close range, where your passive ability — Charm Melody — will charm anyone who hits you, causing them to slowly drift in your direction.

Toward the middle of the match, you can unlock Dazzling Gleam after reaching Level 5. This launches a powerful burst of light that deals a bit of AoE damage to nearby foes and reduces movement speed. It’s not the most powerful attack, but it’s great for disrupting groups of foes and giving your Attacker the upper hand.

Play your cards right, and Wigglytuff can be one of the best characters in Pokémon Unite.