HomeHow toHow to play Defenders in Pokémon Unite: Snorlax, Crustle, and Slowbro
How to

How to play Defenders in Pokémon Unite: Snorlax, Crustle, and Slowbro 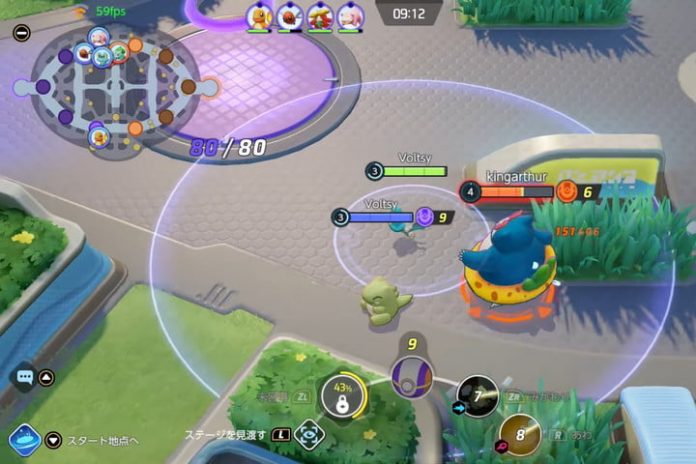 Pokémon Unite gives you plenty of ways to customize your gameplay experience. Whether you’re slotting items before heading into battle or customizing your Snorlax with a flashy outfit, there’s no shortage of entertaining ways to change up your play session. The most exciting way to mix things up, however, is by picking a new character — with more than a dozen iconic Pokémon up for grabs, you’ve got plenty of choices when it comes to picking a main.

If you have a penchant for being a team player and don’t mind being the center of attention, consider opting for one of three Defender Pokémon. These characters excel at taking a beating and play very differently from the four other groups available in the Pokémon MOBA.

Before taking Snorlax, Crustle, or Slowbro into battle, here are a few things you need to know about Defenders in Pokémon Unite.

Forget about dealing damage — Defenders aren’t made to bring down the opponent. Instead, you’ll be on the frontline soaking up enemy attacks. Your job as a Defender is to keep your team safe and position yourself to take the brunt of the damage from incoming assaults.

Whether fighting Wild Pokémon or the opposing team, Defenders need to do their best to remain the centerpiece of the battle. If you lose their interest or put yourself in the wrong spot, you’ll expose your vulnerable Attackers to an early knockout.

It might sound easy on paper, but running as a Defender is harder than you’d think — not only do you need to watch where the enemy is moving, but you’ll also need to be acutely aware of what your team is doing and where they plan to advance. Lose track of one and you’ll pay the price.

Defenders boast some of the best Endurance in Pokémon Unite but fall short in most other categories. Because of this, you’ll need to play them differently from most other groups. Here are a few key tips to keep you alive and your teammates happy:

The above tips will only get you so far — to become a master Defender, you’ll need to understand how to best utilize each Pokémon’s skillset. All of them can take plenty of hits before calling it quits, but they go about it in slightly different ways.

It should come as no surprise, but Snorlax is incredibly slow. That’s counteracted by a maxed-out Endurance stat, so you can easily withstand a beating from multiple directions. If you’re looking to become the ultimate tank, consider heading into battle with an Assault Vest to boost your HP even further. It’s also not a bad idea to use the Exp. Share item to quickly gain XP if you’re the lowest-level player on your team. Since Defenders are notoriously bad at dealing damage, this item can help you keep pace with everyone else in the match.

When it comes to actual combat, make sure you opt for Heavy Slam. Its cooldown of seven seconds isn’t terribly long, and it deals massive damage while also throwing around anyone it hits. Once you hit Level 8, you can use Yawn to put opposing enemies to sleep, then hit them with Heavy Slam for an easy bit of damage. More importantly, those two moves help you control the battlefield and keep all eyes on you.

If things get really dire, Snorlax’s Unite Move — Power Nap — will restore your HP while dealing a bit of damage to anyone who dares come close. Best of all, you’re invincible while the skill is active.

Believe it or not, Crustle is even slower than Snorlax. That uber-slow movement speed makes Crustle a prime target for opponents. Thankfully, its Endurance and Support stats more than make up for it. You’ll want to quickly evolve from Dwebble to Crustle at Level 4, unlocking the flagship Rock Tomb move that’ll give you quick command of the battlefield.

Before learning anything else about Crustle, it’s essential you master Rock Tomb. This ability creates a physical barricade at your target area, completely halting progress and temporarily altering the battlefield. It’s a great move to have in your back pocket if an Attacker slips past you — or if they are trying to flee before your Attacker delivers a finishing blow.

Once you’ve figured out how to properly use Rock Tomb with your team, consider learning how to use X-Scissor at Level 6. Propelling you forward and dealing surprisingly damage, it’s a great way to move the sloth-like Crustle around the map and speed to the frontline of a battle.

As far as Held Items are concerned, you’ll want many of the same picks as Snorlax. Assault Vest and Rocky Helmet are always solid choices, but so too is Exp. Share to help you evolve from Dwebble.

Slowbro brings a surprising mix of Endurance and Support to Pokémon Unite. Offense, Mobility, and Scoring all leave much to be desired — so forget about taking out enemies and lighting up the leaderboard. Instead, you’ll be holding lanes, slowing opponents, and controlling your opponent’s movement with a variety of powerful skills.

Unlocked at Level 4, Surf should quickly become a staple of your arsenal. Letting you quickly move forward and damage nearby enemies, the attack can also slow enemies down with subsequent wave strikes. It’s a useful move that gives your team a few extra seconds to get into position and can even be used in a pinch to quickly flee to a new location.

Amnesia is the other go-to skill for Slowbro experts. This skill eliminates a portion of incoming damage and also gives a temporary boost to your defense. Use it before casting Surf, and you’ll even see a bit of a damage boost. The key with this character is to take advantage of all these Crowd Control abilities to augment its innate ability to take a beating. Between its gigantic health bar and impressive Support skills, playing Slowbro right should cause enemies to flee in fear any time they set eyes on you.