HomeHow toHow to play Attackers in Pokémon Unite: Pikachu, Greninja, Cinderace, and more
How to

How to play Attackers in Pokémon Unite: Pikachu, Greninja, Cinderace, and more 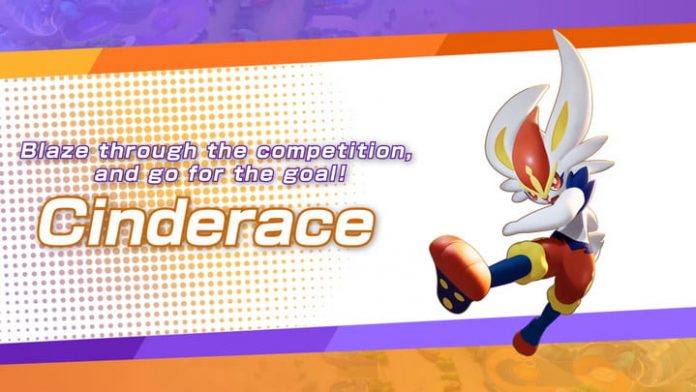 Pokémon Unite is the latest MOBA to hit the market, featuring many of the same tropes seen in League of Legends and Dota 2 — but with less toxicity and more adorable Pokémon. Nineteen characters are playable at launch, each of which is categorized into one of five different groups.

If you’re looking to deal big damage to the opposing team and stop their march toward victory, you’ll want to take a close look at the Attacker group. What they lack in Endurance and Support skills they more than make up for with devastating ranged attacks, capable of taking out the strongest of foes in just a few seconds.

However, some Pokémon in this class are easier to play than others. Here’s what you need to know about playing as an Attacker in Pokémon Unite.

While each Attacker brings their own unique twist to the battlefield, all of them fill the same role on their team. Namely — Attackers need to put out big damage and move the frontlines in their favor. Most of their attacks are deadly at a distance, meaning you can stay comfortably behind your teammates as you whittle down the enemy’s HP bar.

Dealing damage is the specialty of Attackers. If you’re not ready to engage in constant combat, then this isn’t the class for you.

Impressive DPS output might be the main draw of Attackers, but they fall short in most other categories. Endurance leaves a lot to be desired, and you’ll want to stay away from close-range encounters — otherwise, you’ll be on the fast track back to your Base.

In short, Attackers are meant to deal massive damage to the other team through efficient use of in-game items, skills, and map positioning. Get caught in the wrong spot, and you won’t survive long before getting knocked out.

If you need some help getting the hang of Attackers, follow these simple beginner tips to improve your skills:

While the above list will get you started as an Attacker, each Pokémon in the group brings a few unique twists to the formula. Whether it’s using paralyzing skills as Pikachu or quickly evolving into Venusaur, here are a few tips to master each Attacker.

Not only is Pikachu excellent at dealing out damage, but it excels at paralyzing foes and locking them in place. Combining Electro Ball with Thunderbolt is a sure-fire way to pull off an instant KO — both skills lock your opponent in place, leaving them open for subsequent attacks.

Pikachu can also be built as a single- or multi-target Attacker, with Electro Ball best for single targets and Thunder better for multi-targets.

As far as early game decisions go, we’d recommend making good use of Thunder Shock immediately. Not only is it great for DPS, but it also applies the Paralyze effect to your target. No matter how you level up Pikachu, always remember to take advantage of its skills that Paralyze to keep the upper hand.

With a powerful mix of Offense and Mobility, Greninja is a unique Attacker. You’ll want to quickly evolve from Froakie to Frogadier — focus on the top or bottom lane for best results — before gaining access to Greninja at Level 7.

As Greninja, you’ll unlock the Surf skill, which deals damage to nearby foes and restores your health at the same time. Best of all, if you manage to KO an enemy with Surf, it will skip its cooldown phase. Plan to use Surf on opponents with little remaining HP, and you can quickly bring down multiple enemies while ensuring your HP bar stays full.

Greninja is also a master of camouflage. We’d recommend using Smokescreen as a way to quickly escape from sticky situations and regroup with your team. This is especially useful since Surf requires you to get close to your enemies — mixed with Greninja’s low Endurance, you’ll be thankful for an easy way to retreat.

Venusaur can be a challenging character to play in Pokémon Unite. Not only will you need to reach Level 9 before evolving into the lumbering beast, but you’ll also need to compensate for poor ratings in nearly every other stat besides Offense. This means sticking with your team is critical when playing as Venusaur — rushing off on your own is an easy way to lose a round.

To counteract these poor stats, you’ll want to be strategic in which items you’re holding. Specifically, anything that boosts HP is a good choice, such as the Assault Vest and Rocky Helmet. You’ll also want to make liberal use of Giga Drain at Level 5, which gives you a way to restore HP while depleting your opponent’s health.

Seed Bomb is another good skill to have in your lineup, as it has a fast cooldown timer and deals big damage across a wide portion of the battlefield. Use this to force enemies into compromising positions or gain your team a foothold in critical parts of the map.

As one of the slowest Attackers, Alolan Ninetales players need to be careful with every movement. Step into the wrong part of the map and you’ll find yourself overwhelmed with no chance of escape. Because of this, Ninetales is only recommended for Pokémon Unite players who are comfortable with the core concepts of the game.

If that’s you, you’ll find a lot to love with Alolan Ninetales. Dazzling Gleam deals massive damage over an area while locking opponents in place. Blizzard lowers enemy speeds, pulls them forward, and deals damage. You won’t gain these powerful skills until later in the match, but Powder Snow is a good way to bide time until then — capable of slowing enemies, it helps even the playing field if you need to make a quick getaway.

As far as Held Items are concerned, we’d recommend improving your Sp. Atk with Wise Glasses and using the X-Attack Battle Item. Beyond that, play around with different combinations to find Items that work best for your specific playstyle.

Boasting a formidable combination of Offense, Endurance, and Mobility, Cramorant is well suited for any task. Dive is a particular standout, which lets you store three charges and sends you hurling into combat — dealing damage and pushing enemies away on contact. When used properly, it’s great for breaking up large groups of opponents and can quickly give you the advantage.

Hurricane is another solid skill you’ll unlock at Level 4, as it picks up enemy Pokémon and hurls them to the ground. Combine that with Dive, and there’s little chance you’ll lose control of the battlefield.

Cramorant does have a pretty glaring weakness, however, as it has very few options for healing itself. Because of this, you’ll want to stick close to your Support Pokémon and away from the line of fire.

Evolved from Scorbunny and Raboot at Level 7, Cinderace is a great choice for new Pokémon Unite players. Fast, fierce, and able to attack from a distance, Cinderace is immediately accessible to anyone new to MOBAs. In particular, newcomers will benefit from Cinderace’s Pyro Ball, which deals fire damage at a range and burns any Pokémon it comes in contact with.

Once you get the hang of Cinderace, try swapping out your Pyro Ball attack with Blaze Kick. This will push you forward toward your enemy while simultaneously knocking them back and burning them on contact. You can then follow that up with Feint, turning invincible and giving you a few seconds to retreat to your team.