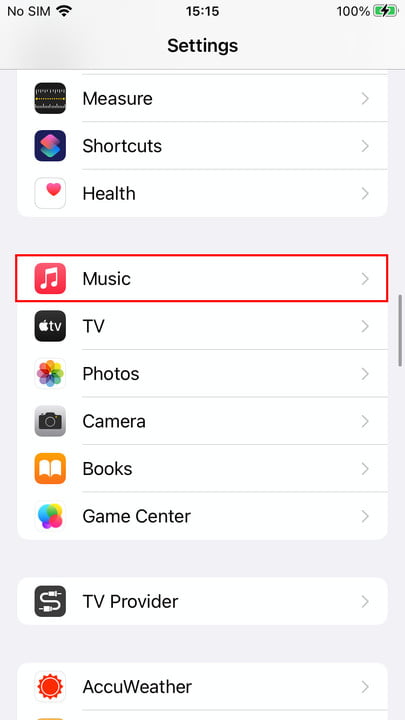 Higher-quality music is always better, and Apple knows this. That’s why Apple is updating all of the music on Apple Music to the new Apple Lossless Audio Codec (ALAC) format, giving Apple Music subscribers the ability to listen to their favorite music in the high quality they were always meant to be heard in. The whole catalog hasn’t been upgraded to hi-fi yet, but Apple is hoping to have all 75 million tracks upgraded by the end of 2021.

However, this option isn’t on by default, so you’ll need to turn it on. In addition, the methods by which you can actually listen to this high-quality music in Apple Music are actually fairly limited. But don’t worry, we’re going to tell you exactly how you can do it. Here’s how to listen to Apple Music in hi-fi.

How to turn on hi-fi in Apple Music

You’ll need an active Apple Music subscription to be even able to see the option for hi-fi music, no matter which platform you’re using. So make sure you’re fully signed up before you start. Once you’ve done that though, the process is fairly straightforward.

Turning on hi-fi on iPhone or iPad

Step 1: Open your Settings app, scroll down, and tap Music.

Step 2: Select Audio Quality under the Audio sub-menu. If you’re not subscribed to Apple Music then you won’t be able to see this menu.

Step 3: Tap the Lossless Audio slider on the next screen to turn on lossless audio.

Step 4 (optional): The options below the settings open up once you’ve turned on lossless audio. These let you change when lossless audio is downloaded or streamed. As a rule, we wouldn’t turn on lossless audio for mobile data streaming unless you have an unlimited amount of data, as the lossless tracks will be a lot larger than normal tracks.

Turning on hi-fi on Apple Music for Android

Apple Music’s new hi-fi lossless music has also come to Android, but unlike iOS, you’ll have to venture into the app to find the settings. Here’s how to turn it on.

Step 1: Open the Apple Music app and tap the three-dot menu in the top right. Then tap Settings.

Step 2: Tap on Audio Quality, then tap the slider for Lossless Audio to turn on hi-fi music.

Step 3 (optional): Once you’ve turned on Lossless Audio, you’ll be able to access settings for Mobile Data Streaming, Wi-Fi Streaming, and Downloads. These let you choose when you’ll stream/download the much larger lossless files. We recommend only having Lossless turned on for Wi-Fi streaming and downloads, as lossless audio would eat a huge amount of data when using mobile data.

How to listen to hi-fi Apple Music

So, now you might expect you can just switch on your AirPods and rock out in hi-fi, lossless heaven, right? Unfortunately, no. Right now, no Bluetooth-connected speakers or headphones can play lossless music, because, simply put, the files are just too big. The increased quality simply won’t fit through Bluetooth’s narrow bandwidth. That means no listening to them on your AirPods or AirPods Max, or any of your Bluetooth speakers.

Well, there will be one exception eventually. Apple has stated the HomePod and HomePod Mini will get support for ALAC lossless files down the line. But for the moment, that hasn’t arrived yet, so you’re going to have to find different ways to listen for the time being.

Despite the whole tech industry moving toward a wireless future, it turns out wires are still pretty useful. In fact, wired connections are still pretty much the only reliable way to listen to lossless music. At least, until Bluetooth improves or leaps are made in other wireless connections. Some wireless headphones will support higher resolution audio, but they’re relatively uncommon and fairly expensive.

Some phones, like the LG V60 ThinQ and the Asus ROG Phone 5, come with a built-in DAC (digital-to-analog converter), but for most people, you’ll want to invest in a separate DAC to combine with a set of wired headphones. You can pick these up in most places you can buy audio equipment, and we have a full guide to grabbing a DAC for Apple Music, as well as a list of the best USB-C headphone adapters if you have an Android phone without a headphone jack. Apple iPhone users should instead grab Apple’s Lightning to 3.5mm Headphone Jack Adapter, as it’s a good first step in listening to hi-fi music.