HomeHow toHow to convert your Android & iOS app to React Native?
How to

How to convert your Android & iOS app to React Native? 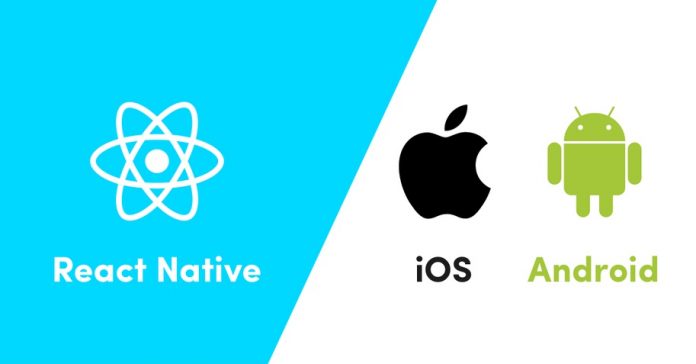 Mark Zuckerberg had realized this almost eight years ago when he commented that relying solely on HTML5 instead of native language was a blunder they committed. This led to a thousand times better UI & UX that Facebook delivers today. Within six years of this statement, React Native came into existence. An open-source platform, React Native doesn’t need HTML or CSS and developers can code in Objective-C or Java.

Facebook’s shift to the React Native was quite a revolutionary step and it motivated most startups and established firms to consider React Native as a choicest platform for building apps. As a result, the need for React Native app development increased exponentially. The ease and scalability offered by React Native is matchless and the apps developed in this amazing framework offer great user experience.

The best part of React Native is that its community continues to work towards making this framework better than before. Some software and app development agencies consider native apps the best way for mobile/web app development. In a lot of scenarios, entrepreneurs are convinced about the technology stack approved by these companies, owing to their experience.

So, what should you opt for? You can go for iOS or Android app development in two ways including:

If you want Native app development, you don’t need to spend a big budget. Rather, you can hire React Native app developersfor upgrading your existing native app to React Native. Here’s a quick guide to help you understand the crucial aspects you must consider before developing or converting your iOS and Android app with React.

Below are some of the limitations or concerns that may arise when you build or replace native apps to React Native.

The limitations at a glance:

Things to consider when converting your Android and/or iOS app into React app!

You may hire iOS developers or Android developers with experience in React for converting your Android/iOS app to React Native app.

Start React Native app development from the scratch! But, it doesn’t mean that you cannot use React Native for integrating a user-flow to your existing native (Android/iOS) apps. Your mobile application development company can integrate React to your current Android and/or iOS app with the right steps and components. However, before starting app integration, remember these:

What are the requirements for React Native integration?

To integrate React Native to your current Android/iOS app, you need to:

The steps to React Native integration are:

You will need the help of a iOS and/or Android app development company with expertise in React Native as well for converting your native app to React. Some of the greatest advantages of React Native integration include:

Other than this, you can work on the integration or development witha sizable mobile app development company.

Compared to custom iPhone application development, React Native is very popular among businessesfor its cost-efficient and time-saving instances. The community of React Native experts continues to expand, which means the React Native has the potential of delivering outstanding results in the future. While you mayhire Android app developersfor building your Android app or iOS developers for iOS apps, to integrate React to your existing Android/iOS you will need developers with proven expertise in React Native as well as Android/iOS.

Tarun Nagar is the Founder & CEO of Dev Technosys, a global ranking Website Development Company. With 10+ years of experience of enabling then Startups which are now global leaders with creative solutions, he is differentiated by out-of-the-box IT solutions throughout the domain. He is known for his visionary qualities and adaptability for technology and trends, passionate as he is in every aspect dedicated to making IT simple, accessible and approachable for business enterprise