HomeNewsHide the cables and keep things clean with the best Google Wifi...
News 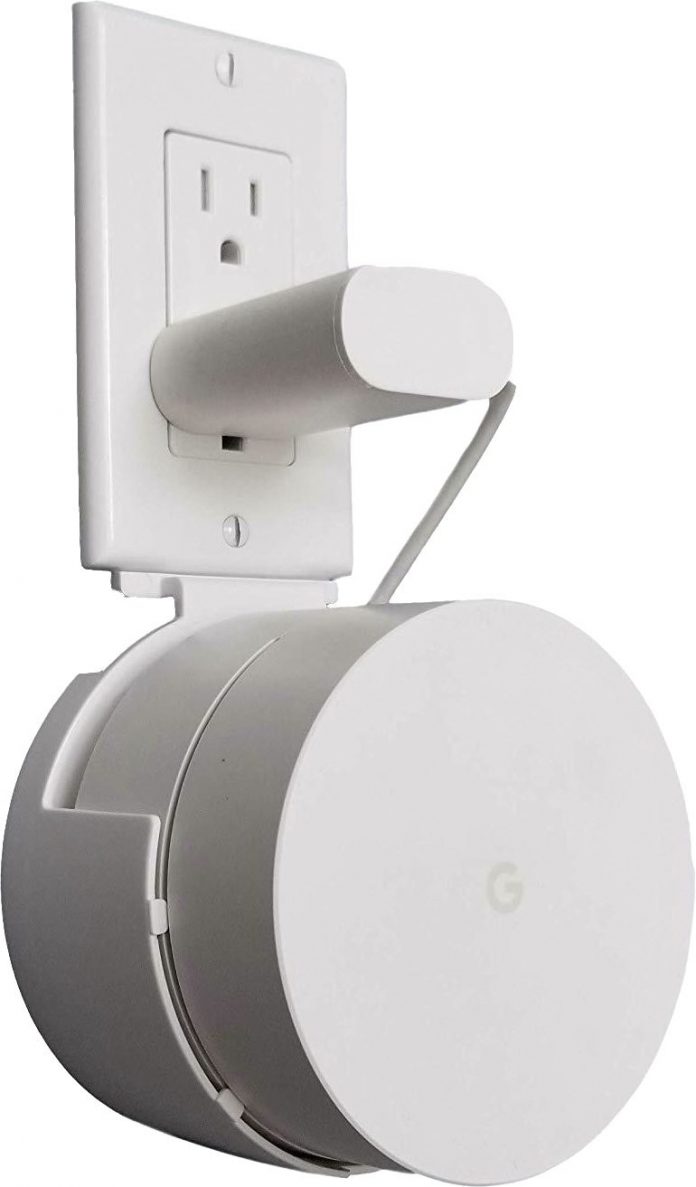 Google Wifi isn’t the worst looking option when considering the best WiFi routers, and it’s pretty easy to stick it anywhere in your house without offending anyone. However, every home is different, and you might want something a little more elegant and organized than just plonking a node down on a window sill. Thanks to its popularity and the fact it’s a pretty simple shape, there are plenty of options out there for mounting the Google Wifi to a wall or even a ceiling. 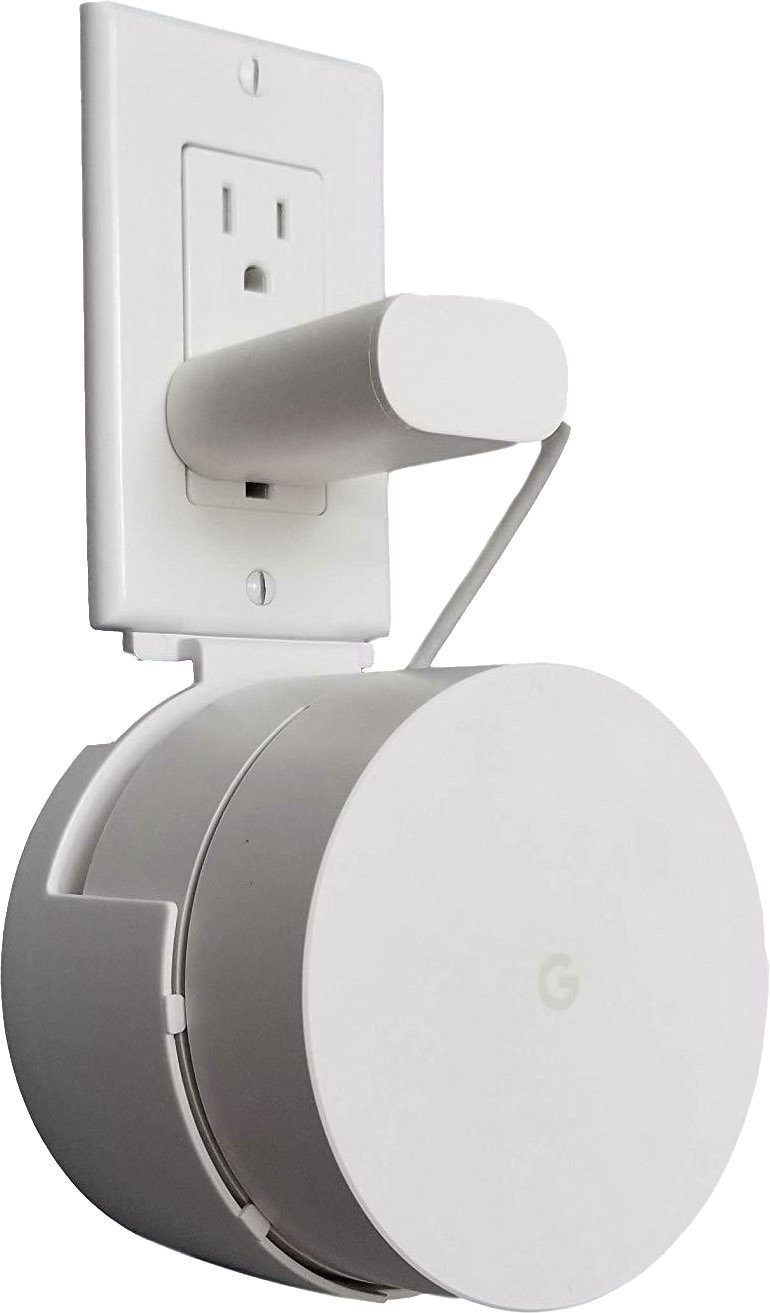 If you want your router flush with your power plug, this mount is for you. You can wrap and hide the power cable around the inside of the mount, so it isn’t seen, and the weight of the router is easily supported by the power plug and your wall. Finally, there’s an opening at the bottom for plugging in an Ethernet cable. 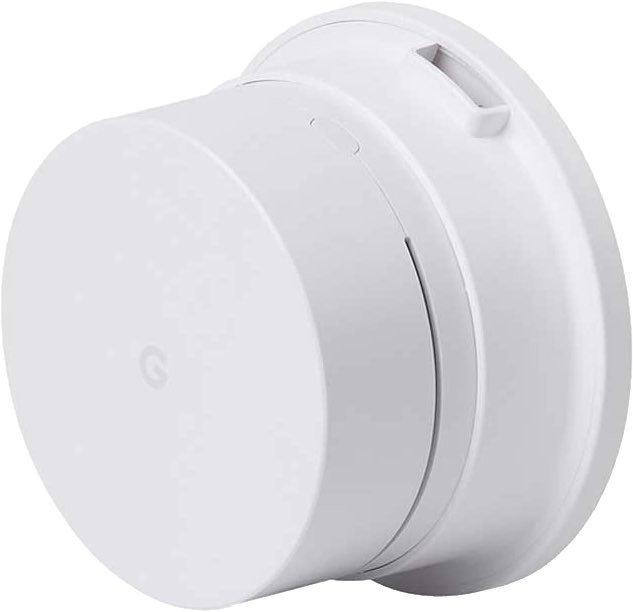 This mount makes it super easy to hang your router on a wall or ceiling, and you can still route in an Ethernet cable to hard-wire devices. The mount comes in a single-, two- or three-pack, and it includes screws for installation. 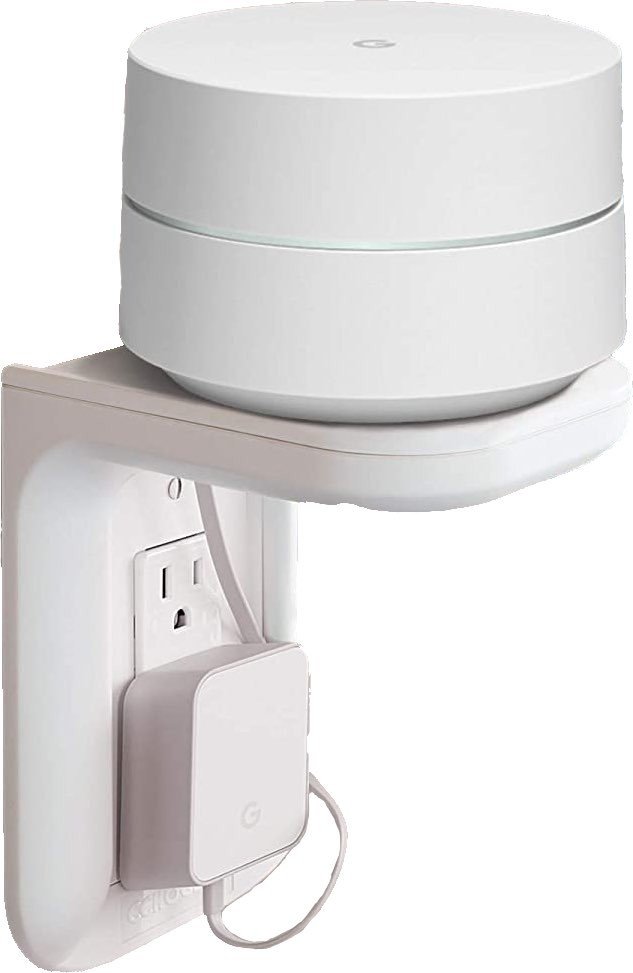 This product is great for your Google Wifi and other small gadgets weighing less than 10 pounds. There’s a small channel at the back of the shelf where you can route your power and Ethernet cables, and installing the shelf is as easy as unscrewing your existing wall plate and screwing on the new one. 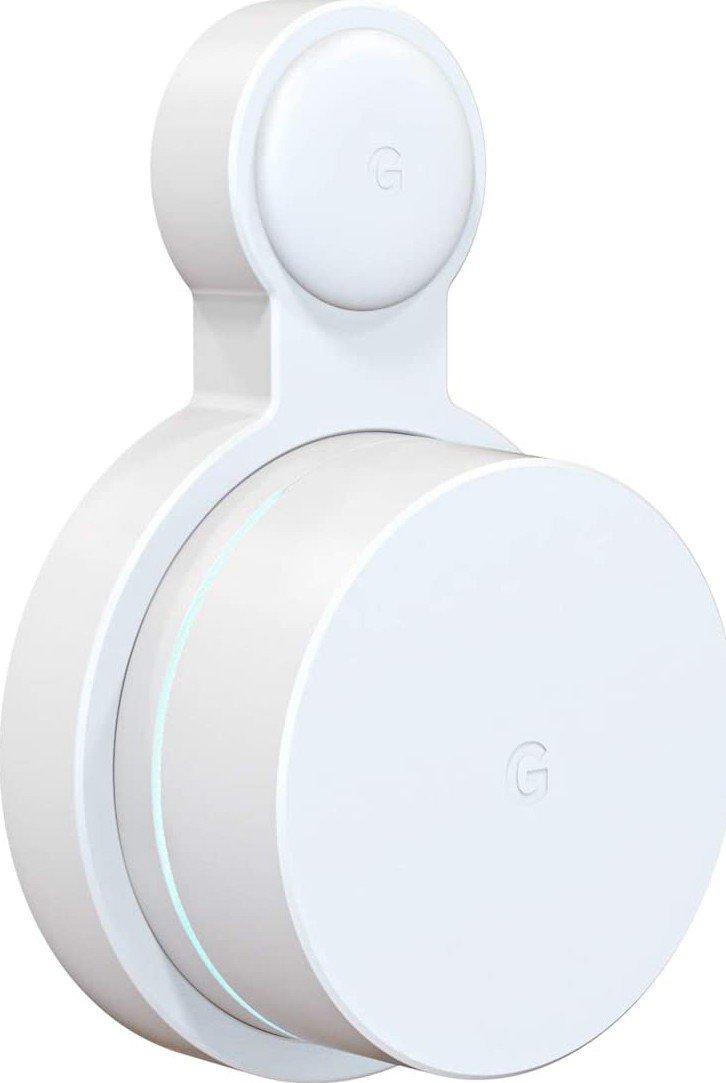 The Pefecon Outlet Wall Mount for Google Wifi supports the updated round plug that arrived with the 2020 refresh. Insert the plug into the mount, coil the cables underneath the mount, and your Google Wifi will remain secure. 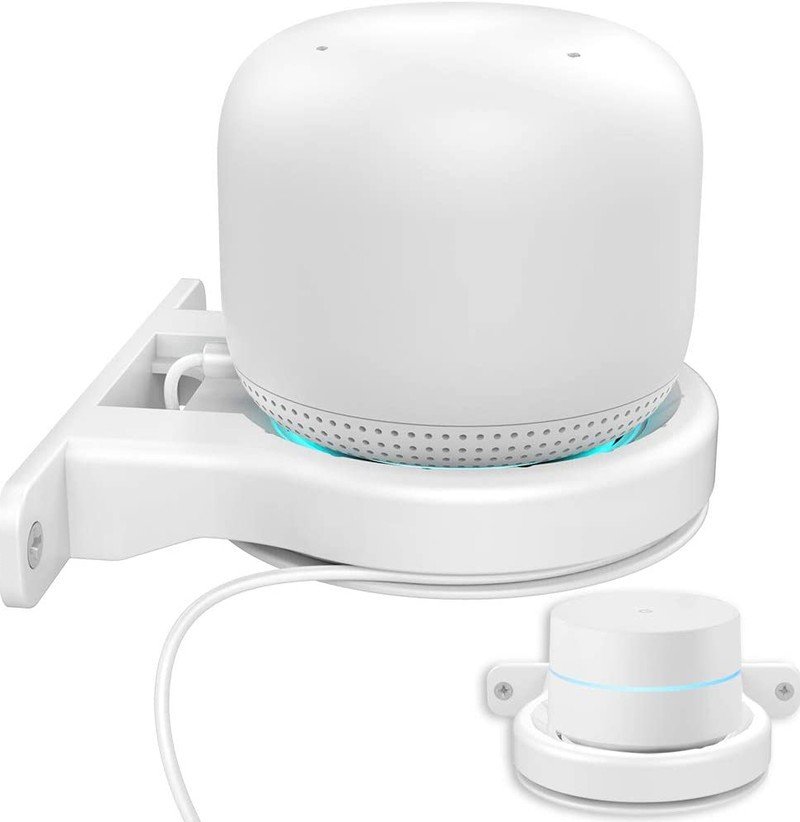 The Delidigi Google WiFi Wall Mount offers a platform for your Google Wifi to sit on, while still making it easy to manage cables. The mount itself needs to be drilled into the wall, but both screws and anchors are included. This mount is compatible with the Nest Wifi and Google Wifi, so you’ll be covered if you want to upgrade to the Nest Wifi in the future. 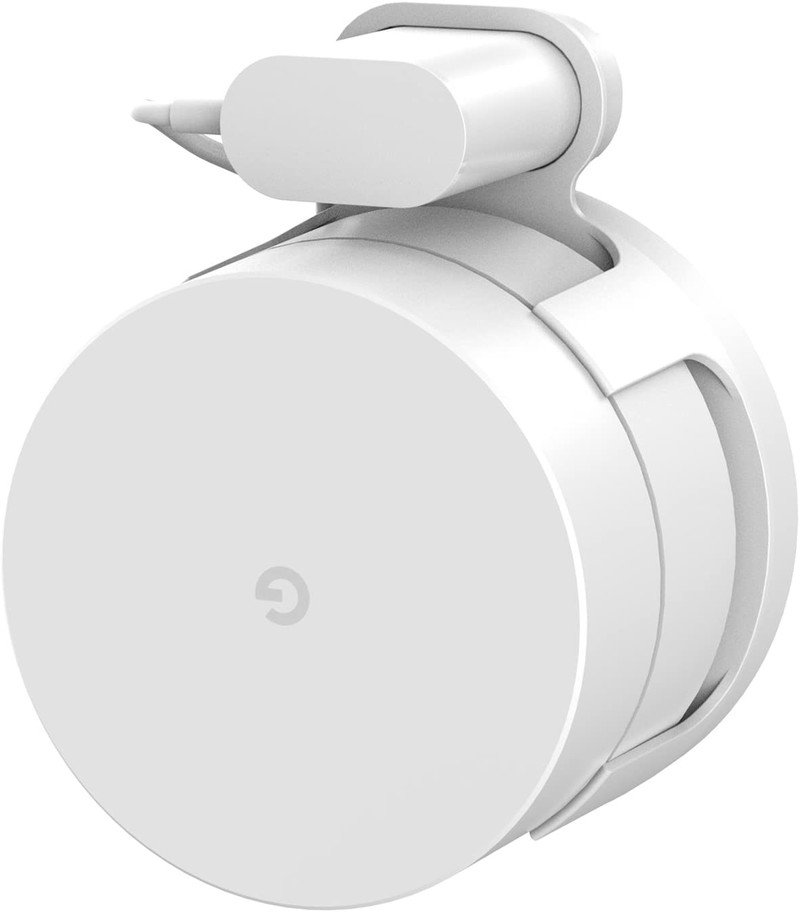 Another minimal option is this mount from BASSTOP. With this one, you route the cable through the bottom, plug it into the router, and then plug everything into the outlet. You’ll find no extra frills, but only a clean and minimal way to plug in the Google WiFi router and hide the cables without any screws. 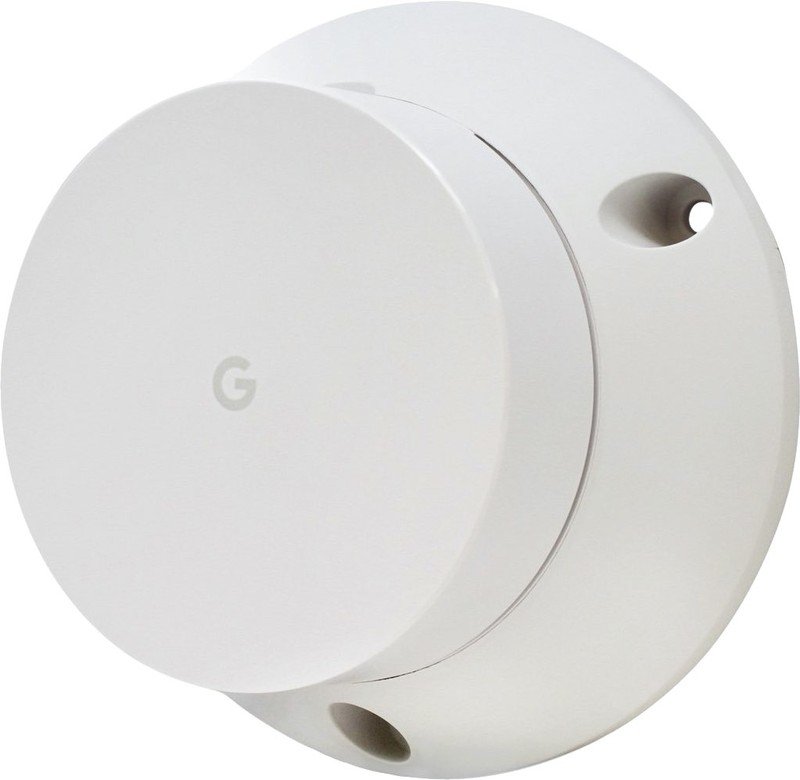 If you want your router to be as secure as it possibly can be, this mount is for you. But, again, there aren’t any cable management options on the mount itself, so you’ll want to measure your cables to keep them from looking sloppy on your wall. 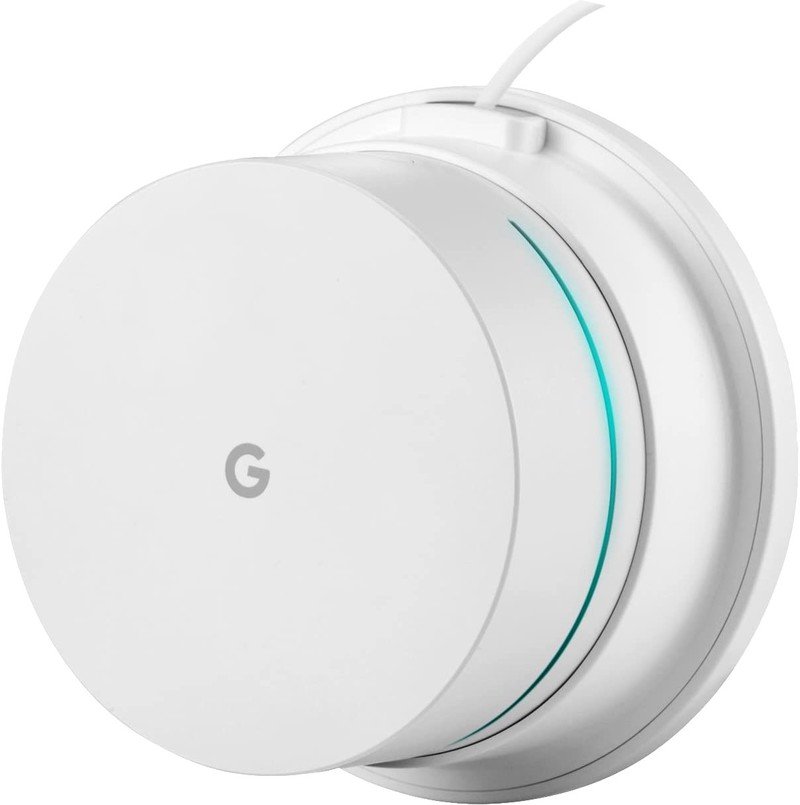 The OkeMeeo Mount for Google WiFi makes it easy to mount your WiFi anywhere in the home. This can be used on the wall or the ceiling, and there are holes in the bottom for either application. There’s even a non-slip silicone pad to help keep your WiFi in place if you happen just to hang it on the wall. 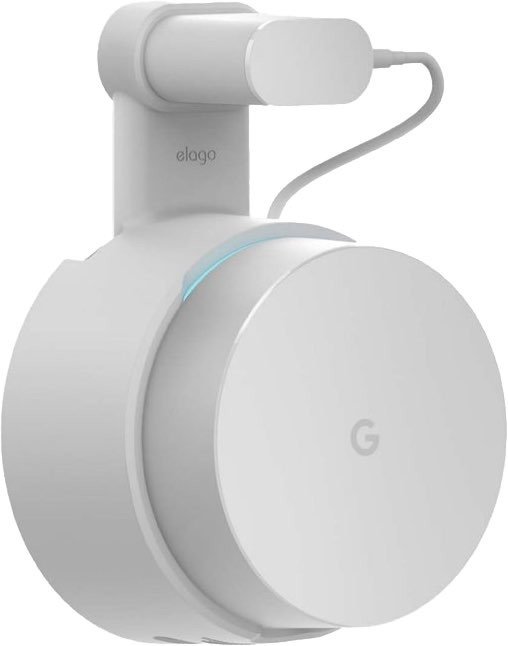 Elago is known for some great smartphone accessories, and with the company’s Wall Mount for Google WiFi, you’ll be able to keep the cables organized. These mounts don’t require any screws while sporting built-in cable management in the bottom of the mount. Plus, you’ll be able to get these mounts in either gray or black and in packs of two or three.

Clean up the wires with the best Google Wifi mounts

The Google Wifi isn’t the ugliest router out there, but sometimes you just want it out of the way, and that’s where mounts come in. Luckily, Google Wifi modules are small enough to hide on any shelf or desk, but you can also affordably mount them to your wall near a convenient outlet if that fits better in a particular room or space in your home.

Our top pick is the Dot Genie Google Wifi Outlet Holder, which requires no screws for setup. This mount sits flush below your power outlet on the wall and offers built-in cord management, so you don’t have unsightly wires dangling down your wall.

All of these mounts are great options for mounting the Google Wifi, but we’ll shout out the ECHOGEAR Outlet Shelf since it can also be used for another gadget if need be, and it’s straightforward to install. ECHOGEAR also offers a two-pack if you happen to have a Google Wifi and one of the modules to expand your network reliability.