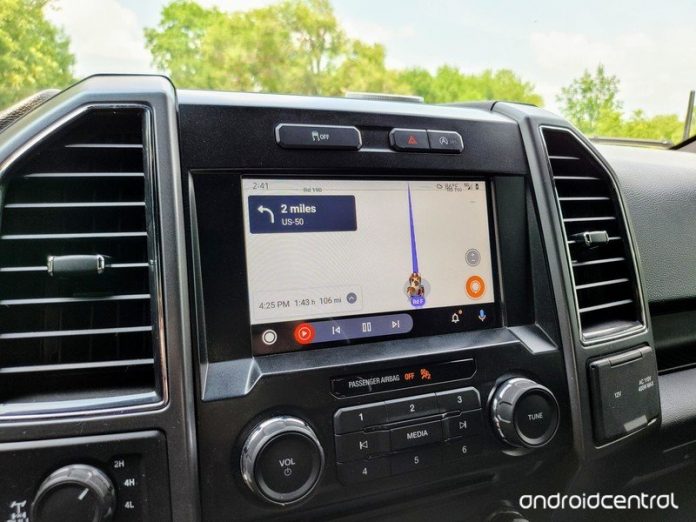 Road trips can be a lot of fun, but when your co-pilot navigation app isn’t there when you need it — that fun can quickly disappear. 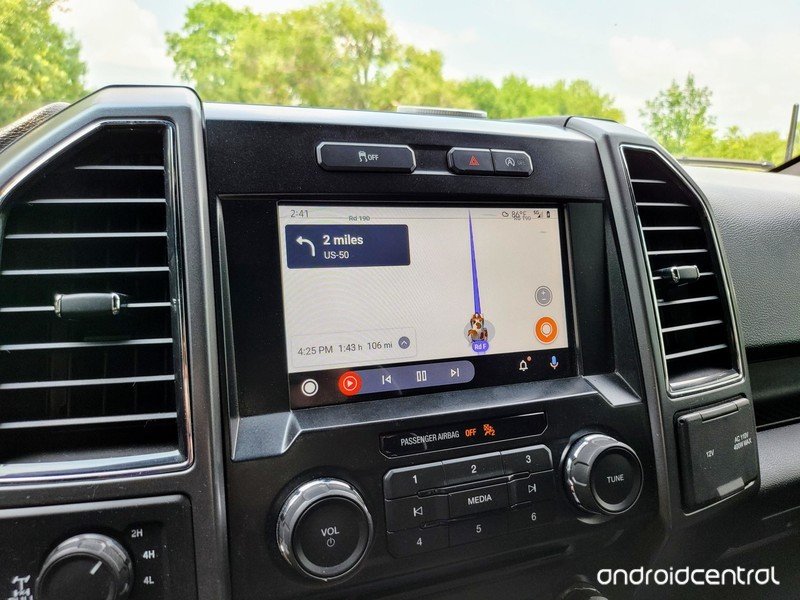 To start the summer, my family and I drove over 2000 miles round-trip to Texas. Our vessel was a 2017 Ford F150, pulling a 21-foot cargo trailer we converted into a camper. We drove all the way from Kansas to Padre Island National Seashore, so we could camp on the beach for a few nights with some friends. The experience was fantastic, but the driving experience could have been a bit better if feature parity between Google Maps and Waze on Android Auto was more cohesive.

When I bought my truck in December 2019, I was so excited to discover the vehicle supported Android Auto, a first for me. While my truck’s head unit doesn’t support a wireless connection, I love using Android Auto all the same. From Google Assistant with its communication integrations to streaming music, it’s great, especially its navigation features. 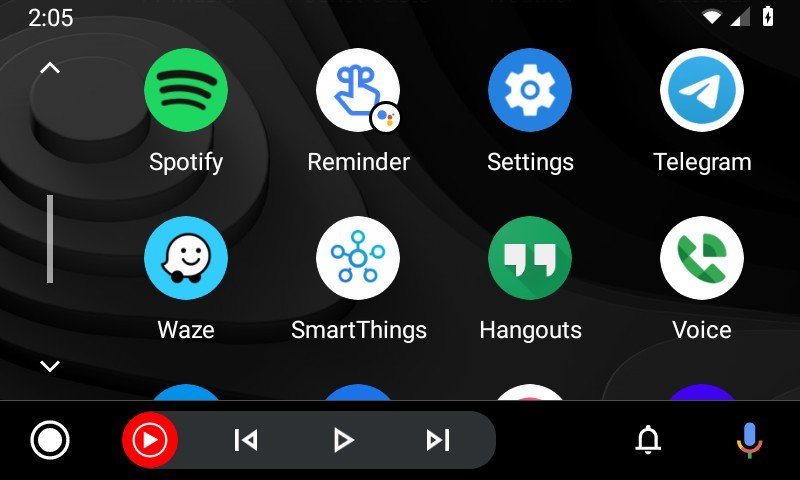 Until I began using Android Auto, I had used Google Maps exclusively whenever I needed help navigating anywhere. Google Maps has so many helpful features, and above all, I’m familiar with it, which is essential when you’re trying to get around somewhere you’re unaccustomed to. But Android Auto made me want to try some new apps, and I knew a few people who loved using Waze. So I thought I’d try it out.

And you know what? I really like it. I like how it shows road names, gas stations, hotels, and restaurants more frequently without zooming in. I also appreciate the user-sourced data in regards to construction and road hazards. Plus, the fun things that get added periodically, such as celebrity voices like Boy George during Pride Month or the dog and cat car icons going on right now, give each car ride something new to look out for.

In 2013, Google acquired Waze. Since then, some of these user-souced features have begun finding their way into Google Maps. Both apps operate independently, but since the same company owns both, there are some shared resources. While I appreciate that, not as many of Google Maps’ features have crossed back over into Waze as I would like. 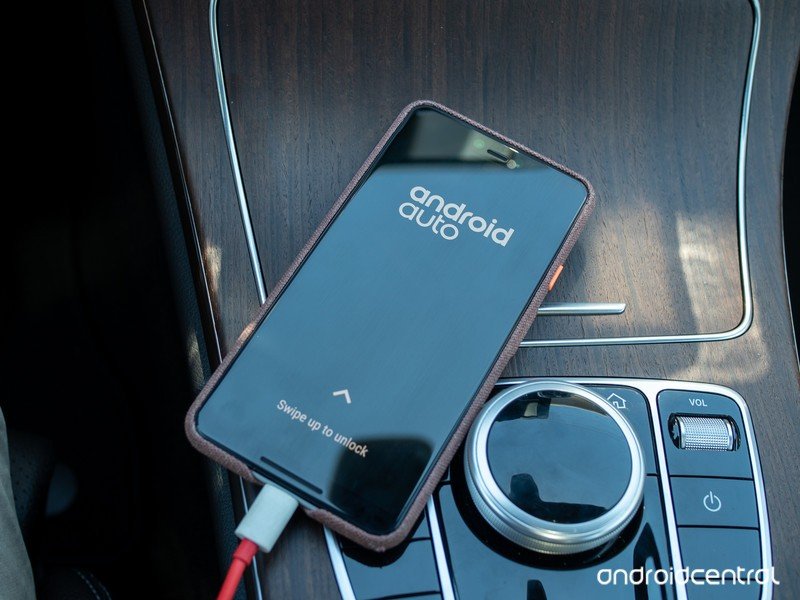 I decided to start our road trip using Waze as my navigator to get to our destination as safely and quickly as possible. As I was planning out my trip I wanted to be sure to save the route and surrounding area for offline usage in case I ended up in areas without cellular coverage. Google Maps, lets you download a trip or just a specific region, whereas Waze only — as far as I could find — lets you download your route as a planned trip.

From an environmental, time-saving, and financial standpoint, I’d love to get better fuel mileage, but frequent stops are welcome with kids onboard.

Off the bat, things worked swimmingly as it began notifying me of road hazards and construction areas. But I began to notice a big feature disparity when it was time to fill up on gas.

My truck is a half-ton vehicle with a 3.5L twin-turbo motor, and typically I average around 19MPG. While pulling my converted cargo trailer camper, weighing in at about 5700lbs fully loaded, I get a fabulous 8-9MPG. This means I had many stops to make over the 2000+mile journey, and with a 20-gallon fuel tank, I needed to know with certainty how far my next fill-up was.

There are a lot of great Android apps, but not all have an Android Auto counterpart, and even the best Android Auto apps features are paired down from their smartphone apps. This is done for a few reasons, but mainly to limit the number of interactions required from the driver. Because the more time the driver is looking at the display to choose a feature, the less time they are looking at the road.

Travelling down the interstate can be treacherous with contruction, blown-out tires, and more, but Waze and it user reports of those things before you reach them is extremely helpful.

Unfortunately, one of the missing Android Auto features from Waze — that Google Maps has — is finding a stop while in route. This is a major issue when traveling. The Waze phone app allows this, but Android Auto disables the option while your vehicle is in motion. With Google Maps, however, you can add a stop in a couple of different ways, even by voice, while driving. 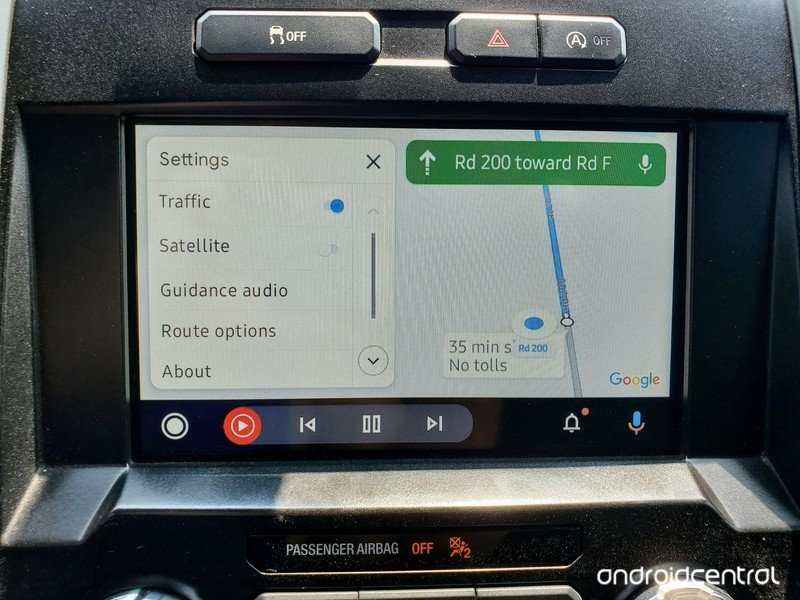 So after asking my wife several times to use her phone for Google Maps and find how far the next gas station was, I switched to Google Maps in Android Auto at the next fuel-up. Yes, we could have continued to juggle both navigation apps, but it was not convenient, and she had to become my turn-by-turn helper — something neither of us liked.

It didn’t take far down the road for me to realize that I really missed the real-time traffic and road condition data that Waze provided. Google Maps’ data wasn’t missing entirely, but the data was generally delayed, not as detailed, or (in some cases) actually missing. 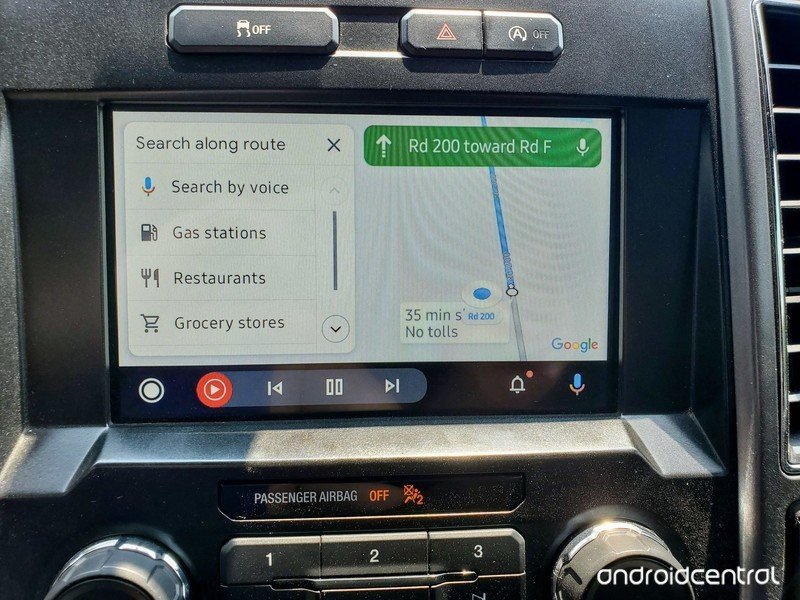 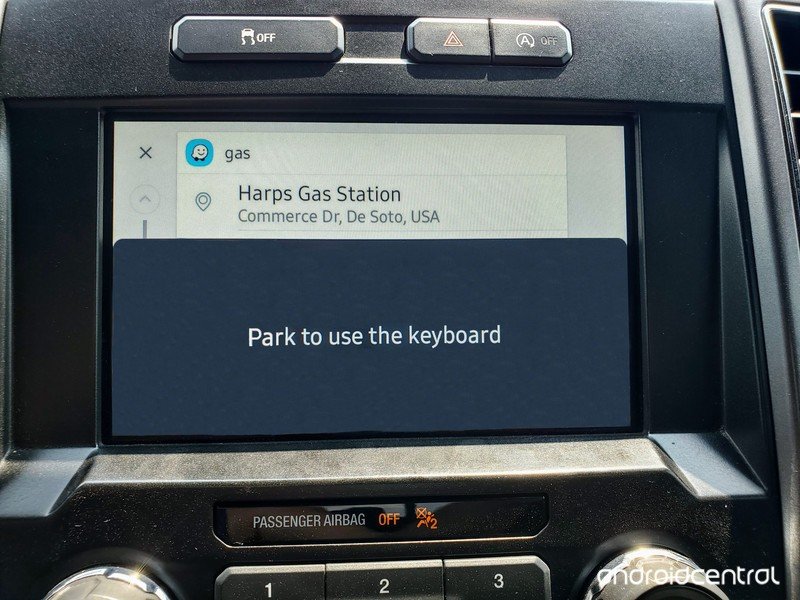 Google Maps on the left and Waze on the right

Using Android Auto for a long road trip is wonderful. Both Waze and Google Maps can do a fantastic job of getting you where you need to go. But as a driver, it’s vital I have constant access to information that’ll make me feel comfortable and in control. Knowing that there’s debris on the road before you get to it, that there is a car pulled over on the side of the road, or how far away the next fuel stop is along your route all mentally prepare you for stressful situations.

You shouldn’t have to fumble with multiple apps to get that peace of mind, whether you’re driving 2000 miles or a much shorter distance.