HomeNewsGoogle has stopped selling the Pixel Buds in the U.S. and Canada
News 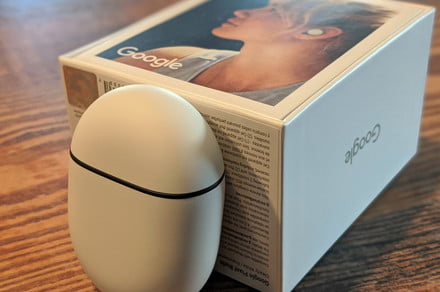 Google appears to have discontinued its Pixel Buds, as evidenced by their newfound absence from the Google Store in the U.S. and Canada. Now, searching for the Pixel Buds on either store will give you the option to see the Pixel Buds A as well as a banner telling you that the Pixel Buds are out of stock, as spotted by Android Police.

While being out of stock would not ordinarily be an issue, Google has also appeared to remove all the information about the Pixel Buds from its storefront, making it likely that the sales run of the Buds has concluded.

Though Google has yet to comment on whether the Buds have been discontinued, a Google spokesperson shared the following statement to Digital Trends: “Pixel Buds are out of stock in the Google Store in the US and Canada and at this time, we do not have additional stock in those markets. Some third-party retailers may still have inventory available and they remain on sale in other markets as inventory allow.”

The Pixel Buds are still on sale in several other countries including the U.K. and Japan, but it may be just a matter of time before Google pulls them from those markets too. Google’s Pixel Buds were an excellent AirPods rival when they came out. Their design and thoughtful software features stood out among other true wireless earbuds and the way they integrated with the Pixel line of phones made for a truly seamless experience.

Unfortunately, they also presented with endemic hardware issues. Some users reported a cracking and hissing noise in the Buds, others reported audio cutouts and similar performance frustrations. While Google promised it would be fixing those with firmware updates, it never quite managed to quash the issue. The Pixel Buds A, on the other hand, appeared to fix the issues with the Buds’ hardware. Our review for the Pixel Buds A found that they offered pretty good value over the original Pixel Buds. Google might just have agreed.