HomeReviewsGarmin Venu Sq review: What the Venu should’ve been all along
Reviews

Garmin Venu Sq review: What the Venu should’ve been all along 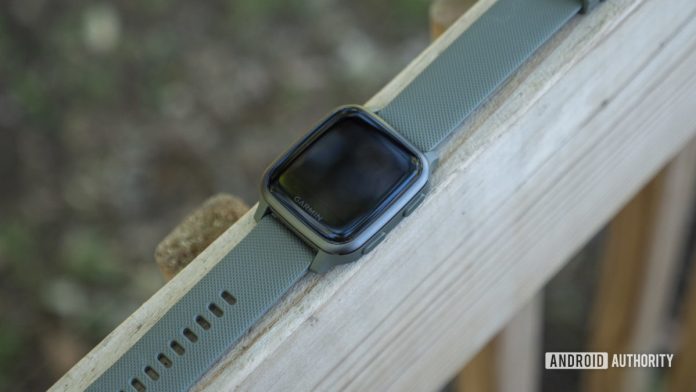 It’s not often that Garmin releases a product one could describe as “cheap.” No matter the product category — running watches, smartwatches, or even basic fitness trackers — Garmin’s wearables usually come with a premium price tag. That was certainly the case for 2019’s Venu smartwatch, the company’s first OLED-touting watch meant to appeal to a wider audience. But at $400, it hardly interested price-conscious buyers.

To win over that crowd, Garmin is launching a new smartwatch called the Garmin Venu Sq. It takes everything we liked about the Garmin Venu, swaps out the circular OLED screen for a rectangular LCD, removes a few sensors, and cuts the price in half. This is what Garmin should’ve been doing all along with the Venu line. Read our Garmin Venu Sq review to learn why.

What you need to know about the Garmin Venu Sq

The Garmin Venu has been a staple at the top of our best fitness watches list since its release. One of the only major downsides was its $400 starting price, which we felt was too steep. Presumably, many others also thought it was too expensive because the company is launching a cheaper version of the watch called the Garmin Venu Sq. (The “Sq” likely stands for “square.”)

The Garmin Venu Sq is a necessary launch for Garmin. The company has dabbled in the low-cost running watch market with the Forerunner 35/45 series, but it has neglected the more general, outdoor enthusiast crowd. That’s where the Venu and Vivoactive 4/4S would come in, but those devices are too expensive. The Venu Sq gets you all the important features from those devices at a much lower starting price.

Despite the $150 price difference, there aren’t too many things that separate the Garmin Venu Sq from the Venu. So, let’s start with the differences.

If you can believe it, those are the only notable differences between the two. Here’s an overview of the similarities between the Garmin Venu Sq and the original Venu:

How does the Garmin Venu Sq perform? The new square LCD display is okay, not great. It’s not as contrasty or vibrant as the Garmin Venu’s OLED panel, but it’s fine if you’re not comparing the two side by side. It gets bright enough to see in direct sunlight, at least.

The Garmin Venu Sq uses the same Garmin Elevate optical heart rate sensor and GPS as the original Venu. Thus, accuracy and performance are just about the same. Let’s take a look at the Venu Sq’s heart rate data compared to the Fitbit Sense and Wahoo Tickr X chest strap.

This was a 5.5-mile interval run around my local park. The Venu Sq reported all-around more accurate numbers than the Fitbit Sense. All three devices picked up my first walk at around 15 minutes. Problems arose at 19:30, where the Tickr X reported a low ~85bpm while the other two devices only got down to 110bpm. Despite not hitting the mark, the Venu Sq’s readings at that time were much more stable than the Fitbit Sense’s numbers — I’m not sure what exactly happened there with the Sense.

The Venu Sq experienced a few hiccups here and there throughout the run but managed to keep up for the most part. It nearly stayed with the chest strap at 24:30, and hit the valleys at 30 minutes and 34 minutes. I’m impressed with the Venu Sq’s performance here. I think its heart rate sensor will more than suffice for most people.

The map above shows the same run with the Venu Sq (blue) and the Fitbit Sense (orange). This is where the Venu Sq struggled a bit. It frequently reported that I was running on the opposite side of the street or through buildings. I ran northwest under a bridge to cross the Rock River and the Venu Sq told me I was running in the water for a few dozen feet. It then showed me veering right when I went left (which the Sense accurately reported). It also stuck to the left side of the bridge crossing the river again, even though I ran into the street to avoid someone walking.

Overall distance metrics were not really affected. It reported a total mileage of 5.5 miles compared to the Sense’s 5.46 miles. That will no doubt be good enough for most people.

As mentioned, the Venu Sq does not have a barometric altimeter or a gyroscope. This makes elevation data more of an estimate than an actual tracked metric like you have on the Venu. I suppose some corners needed to be cut to reach the low $200 price tag.

The Venu Sq is a solid fitness tracker overall.

The Garmin Venu Sq also has a pulse oximeter that can keep track of your blood oxygen saturation all day, during sleep, or on-demand throughout the day. You can also turn it off. Keeping it on all day will greatly reduce battery life, but it will actually measure throughout the whole day, not sporadically like the Garmin Vivosmart 4.

For the Garmin Venu Sq review period, I had it record mostly at night with a few spot-checks during the day. My SpO2 numbers hovered around 94-95% at night, which was about a percentage point below what the Fitbit Sense reported. It was pretty much the same for readings during the day.

The Venu Sq will also track your sleep stages, including light, deep, and REM sleep. Garmin Connect clearly displays this information in an easy-to-read graph. Along with stages, the graph can display your movement, pulse ox data, or respiration rate throughout the night.

Sleep tracking performance was in line with the results I got from the Fitbit Sense and Withings ScanWatch. I like that Garmin Connect shows your daily and weekly sleep averages, but I would like to see more from Garmin here. There are no insights to be found on how to improve your overall sleep or why REM/deep sleep is so important. You can see how your sleep numbers compare with other Garmin users, but there is limited info on what it means or what you might want to improve. Garmin is launching a version of the Venu Sq with offline music support. Spotify, Amazon Prime Music, Deezer, and local files are all supported. That’s great for those who want access to phone-free music, but the company shouldn’t charge $50 extra for it. It’s really the only difference between the two Sq models, making this is an obvious cash grab on Garmin’s part. It’s 2021, and all smartwatches should have offline music support.

One benefit you get with the Venu Sq over the original Venu is improved battery life. Garmin advertises ~six-day battery life on the Venu Sq in “smartwatch mode,” which means using the watch normally. My usage put me at around five days of battery life. I used the watch for smartphone notifications, four tracked exercises with GPS, sleep tracking, pulse ox only for sleep, and with the always-on display turned on. Turning the always-on display off will likely get you to that six-day mark.

For information on design and build quality, preloaded workouts, respiration and stress tracking, fitness age, VO2 max, and Body Battery features, head over to our Garmin Venu review. For information on the Garmin Connect app, please read our Fitbit vs Garmin comparison.

Don’t miss: The best Garmin watches you can buy: Fenix, Venu, and more

Take the Garmin Venu, swap out its OLED display for a rectangular LCD, remove a few sensors, and you have the Garmin Venu Sq. This is Garmin’s first “affordable” smartwatch in some time, coming in at $200-$250 depending on your music preferences.

$200 is a fantastic price for the Garmin Venu Sq, but it regularly drops below that price point further sweetening the deal. This is a solid outdoor GPS watch that challenges the $180 Fitbit Versa 2 and even the $230 Fitbit Versa 3. The Venu Sq gives you better specs and less janky software for a similar price.

Adding meat to the argument is the Garmin Venu Sq Music’s regular price drops. If tunes are important to you, this model has recently neared the ~$200 mark on retailers like Amazon. Though, the Versa 2 and Versa 3 do offer offline music support, too.

If you’re in need of a better smartwatch at this price point, I’d suggest checking out the new Apple Watch SE. It has far more smart features along with a solid fitness tracking package. It’s also competitively priced at $279.

Further reading: The best fitness tracker deals we could find I’ve used the Garmin Venu on and off for the past year. After using the Venu Sq for just a few days, I can already say this is what the Garmin Venu should’ve been all along. To me, $400 was an unfair price for the Venu, especially because its headline feature (the OLED display) wasn’t really utilized to its full potential. Take away that OLED screen and you’re not really missing out on much.

Garmin’s first cheap multisport watch in years is a win.

The Garmin Venu Sq is a well-rounded entry-level GPS watch that will definitely appeal to a lot of first-time Garmin buyers. The Venu Sq Music Edition is an even more well-rounded device, though I wish Garmin stopped charging extra for something we should have on every outdoor watch. That, and I do think some people will dislike the cramped display. Fiddling around with a small touchscreen on a run isn’t exactly fun.

If those are the worst things about the Garmin Venu Sq, I think Garmin is in pretty good shape with its first cheap GPS watch in years.

Next: The best Garmin running watches