HomeNewsFrom basic black to limited models, here's every PS4 controller you can...
News

From basic black to limited models, here’s every PS4 controller you can buy 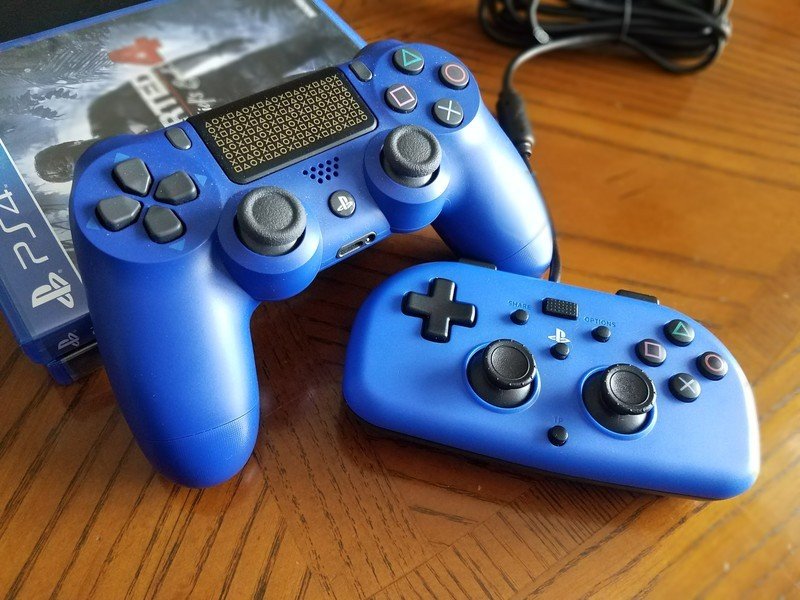 With Sony having gone well past 30 choices for controller color options, both in standard releases and limited editions, it can be hard to keep track of what is still available out there. Even finding a basic white second-generation controller can be difficult as colors are starting to be discontinued now that the PS5 is available. Prices are also rapidly increasing and aren’t likely to come back down since the DualShock 4 has been replaced by the DualSense. Some of the limited edition controllers solely came in console bundles, making pre-owned your only option, that is, short of buying a new console. But we have you covered; these are all the DualShock 4 controllers you can still get your hands on. The 500 Million Limited Edition PS4 controller was made to commemorate the sale of 500 million PlayStation consoles. This controller is quite possibly the most beautiful DualShock controller we will ever see. It features a deep translucent blue casing with complimentary rose gold lettering and a PS button. It’s sold out at several retailers, but there is still stock available if you know where to look. 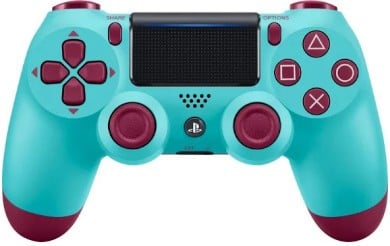 This color scheme is one of the more complementary color combos released by Sony. The teal and magenta of Berry Blue aren’t quite the color of blueberries and raspberries but more reminiscent of a blue raspberry slushie. But, no complaints, they are a very memorable set of colors and delicious too! 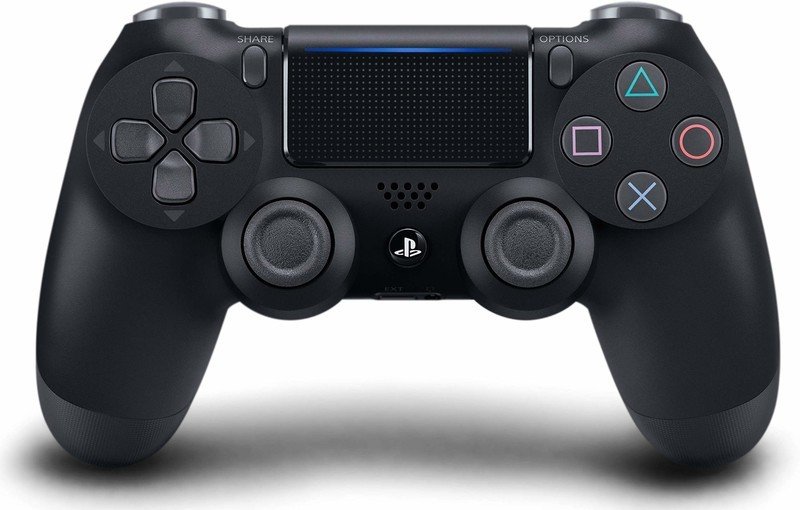 Here we have your basic black controller. There’s nothing wrong with it, but it’s what comes with the console, so there also isn’t anything special about it either. It’s just your standard tool to get the job done when you aren’t looking for any bells and whistles… or berries and slush. To sum up this controller: clean, crisp, and paper white. Much like jet black, glacier white is a simple and clean monochromatic design. However, this one seems to be in low supply after the release of the white console, making it difficult to find new. Many stores are sold out, and many more can only offer them used.

Can you see it? Here you have your standard camouflage green, found on everything from shirts to cars and even bandaids, and now it’s on game controllers too! I am not a huge fan, but it is a traditional camo that might be spot on for hunter gamers. 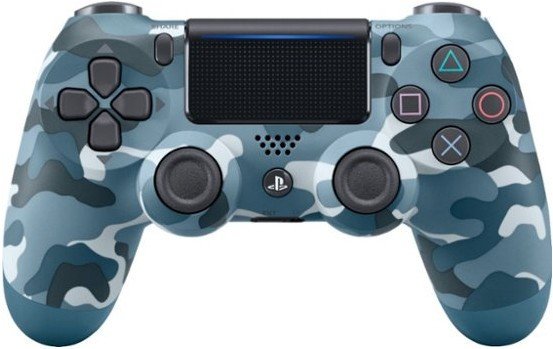 It’s funny how a simple change of color can alter how you see a print. With the cooler tones used in this camouflage, I quite enjoy the print. And it’s a nice change of pace having three colors instead of the usual two-tone controllers we see from Sony. 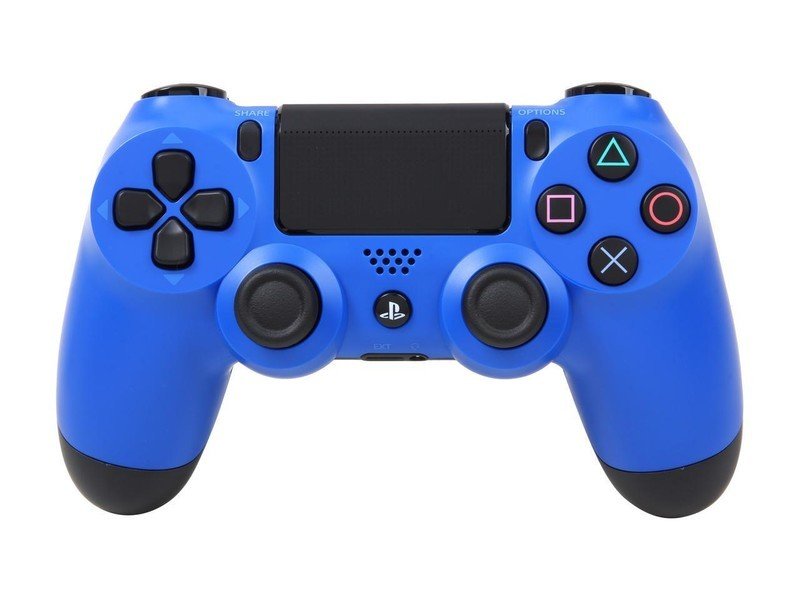 Wave Blue is one of those shockingly blue shades of blue. It’s pretty but can be overwhelming to some. Adding the black backing, buttons, and toggles breaks up the field of blue just enough that it isn’t oppressive. If you like blue, this might be a good option. 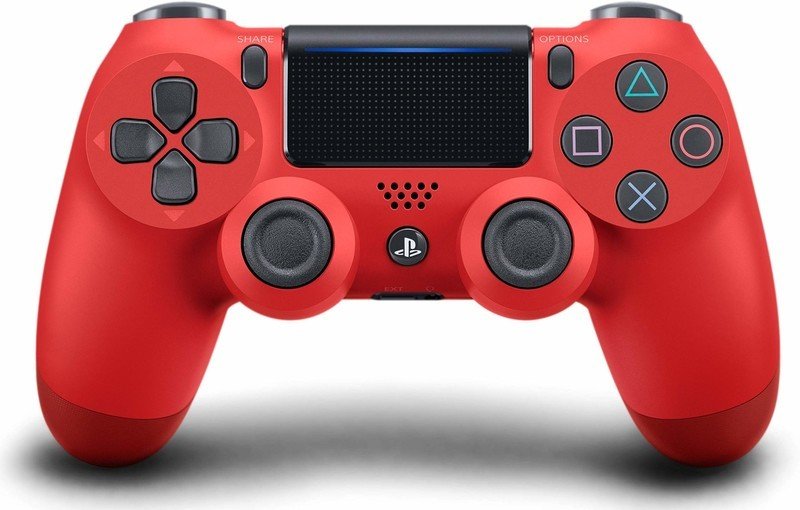 Magma Red lives up to its name. The bright red front plate with a deeper shade on the backing bears comparison to the cooling edges of a lava flow. Not something I’d ever want to touch (the lava) but with the Magma Red, you aren’t too far off from it if you are a fan of the color. Gold is a complicated shade to match, often leaning too far into the yellow pallet to look gold. However, Sony’s Gold controller breaks that pattern, with the front plate being a lovely light yellow gold. But the back lacks the metallic tint. I much prefer the Gold import from Japan with a black backing. 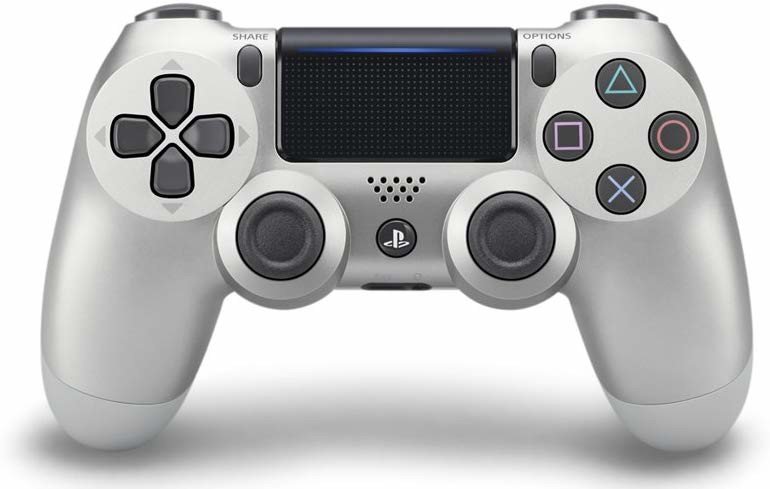 The second shade in Sony’s line of metallic controllers is a touch less impressive than the gold. But, it is difficult to mess up silver. So, this controller is a great way to satisfy your need for shine when you aren’t that much a fan of gold. It has a beautiful shine without going over the top ornate. Where Berry Blue gives you a sweet mix of complementary colors, Sunset Orange slaps you in the eyes with some bold contrast. By the rules of color theory, it’s technically a great pairing, but not everybody is a fan of opposing colors. Sadly, if you like orange, it’s your only real option for the color. A not quite crystal clear Crystal controller; But would we ever want a truly clear controller? The white translucent plating shows off enough of your controller’s electronic guts that it’s interesting to look at, but it isn’t so clear that smudges and fingerprints will get distracting. This controller is the second half of the previously store-exclusive crystal controllers. It’s a pretty shade of translucent blue, and it was arguably the best of its kind when first released… but now we have the 500 Million with which to compare these controllers. The metallic controllers continue to shine for Sony. The dark metallic grey of Steel Black is quite possibly my favorite of the metallic line, though I honestly can’t tell the difference between this and the “Gunmetal” they used in the new Days of Play 2019 bundle. Are they the same? 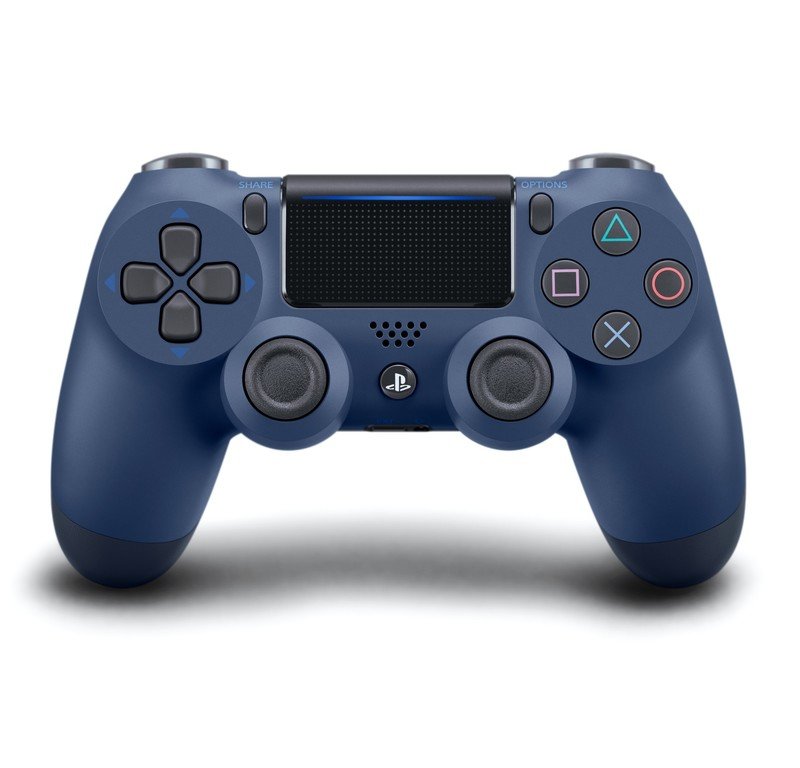 Living up to its namesake, Midnight Blue is a deep and calming shade of blue on the faceplate with a still dark night sky backing. The only thing that could make this controller any better would be adding touches of gold for the arrows on the D-pad and the lettering to mimic stars. I can’t quite decide if I love this controller or I hate it. The jade, almost mermaid shade of green is beautiful, but when you add the stark white of the backing, buttons, and toggles, all I can see is Gumby. On the other hand, perhaps this is a great controller for those who didn’t grow up watching our little green clay friend.

Rose of a different color 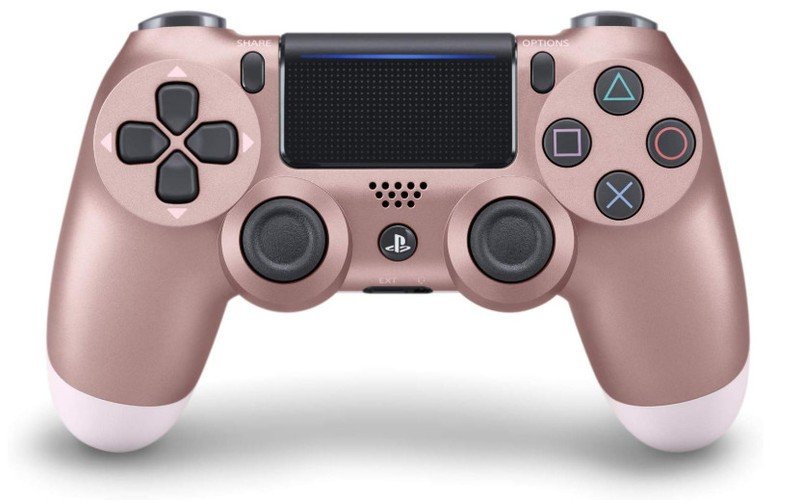 Rose Gold isn’t a color that shows up often for controllers, which makes this all the more special. There’s a matching headset, though, so if this is your aesthetic, go for it. Purple is royalty, and this controller really exemplifies that. While I’d have liked it to go a shade or two darker, this is an immaculate design. Unlike the other recent additions, this is a very angry design. The red and black camo is a cool look, though it could be a bit distracting. Sony went for nostalgia on its 20th anniversary with the release of a limited edition console and controller bundle inspired by the first PlayStation. The light grey is a perfect match for the old console, and adding the old color block logo for the PS button was a nice touch. With all of the Uncharted 4 branding in this limited edition bundle being on the console, all that is left is a beautiful steely blue-gray controller. The outside eye might not realize this was a limited edition, but it’s hard to complain when you have such an impressive controller in your hand.

In a galaxy far, far away “No, I am your father.” Or… -it- is your father? The Darth Vader edition controller is just so Star Wars-y without being in your face Star Wars-y. The deep red, white and blue buttons look like they came straight out of one of the ships, and they are set on a glossy black faceplate that is a perfect match for Vader’s helmet. The God of War bundle came with this simple controller branded with the title across the touchpad and a single symbol down one arm. This is the only limited edition controller I feel is stronger as a set with its console than on its own. Unfortunately, God of War was such an intense game that this feels a little too weak. For the die-hard fans of Ellie or perhaps those who have a budding interest in a cast of new characters, this Last of Us Part 2-themed controller has a nice understated monochromatic design. The title on the touchpad is a little overt in yelling your fandom, but the fern and white buttons make for a classy touch.

A rainbow of control

So many controllers from which to pick. The Steel Black is a nice choice if collectibles aren’t your thing and you just want a little more flash than Basic Black. I hope having all these controllers in one place makes it easier for you to find precisely what you are looking for.

Our favorite overall is the 500 Million with the dark translucent blue and rose gold lettering. But it all comes down to personal taste and how much you feel these controllers are worth. I am still using my first-generation Glacier White, and she will never be replaced, although she might get a shiny blue friend soon.