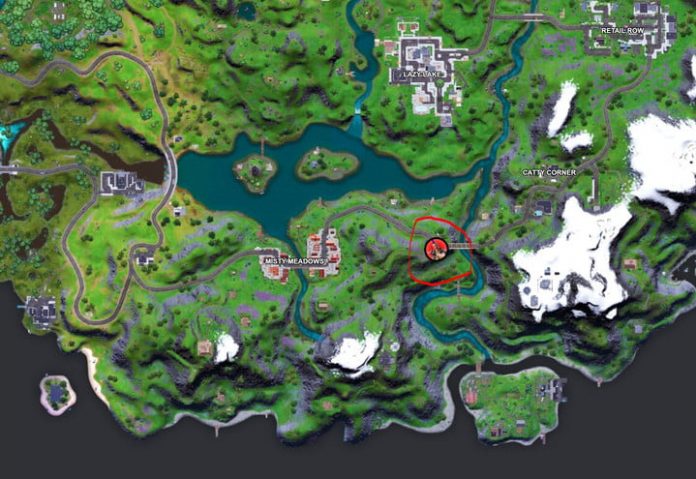 Fortnite season 7, week 7 is live and, of course, it comes with more challenges for you to complete. As long as you’re familiar with the Whiplash sports car and how to use it, a lot of this week’s challenges will come easy to you. One that might give you trouble is for defeating Riot, an NPC dressed as a punk rocker. While Riot isn’t the toughest NPC in the game, defeating him can be tricky if you aren’t prepared.

In this guide, we’ll walk you through completing this challenge, while including tips on locating the NPC and taking him down. Here’s how to defeat Riot in Fortnite.

Where to find Riot

Riot is located to the east of Misty Meadows, just before the bridge that leads to Catty Corner. Use the map above (thanks, Fortnite.gg) to find the specific location. Riot is found by a semi-truck and is usually wandering around on the south side of this area.

How to defeat Riot

Before you actually initiate a fight with Riot, you should be prepared with some decent gear ahead of time. The aforementioned semi-truck usually has a blue chest in it, with plenty of gear to help you with this fight. Alternatively, there is sometimes a weapon next to the bus stop on the north side, but we couldn’t get one to spawn when we tried, so your results may vary. Also, if you want to be overprepared, you can grab the gas tank by the bus stop to use it to deal extra explosive damage to Riot once you trigger the fight.

After you’re all geared up, approach Riot and begin blasting him with whatever you have. We were able to find a purple shotgun, and it only took three headshots to take him down. If you don’t have a shotgun, you can still use other weapons to defeat Riot. Just make sure you’re playing to that weapon’s strengths. For instance, we advise against using an assault rifle up close.

If you’re using the gas can to deal additional damage, throw it next to Riot, stand back, and shoot it until it explodes. This will work wonders as long as you aren’t nearby, because it will cause damage to you as well.

Another strategy is to come with a group of friends so the NPC is easier to take down. If you all come with shotguns, you can approach Riot and fire at the same time to quickly take him down. So there are a few strategies you can use. The main point is to come prepared with weapons, shields, and any other gear to improve your odds.

Facebook
Twitter
Pinterest
WhatsApp
Previous articleThis ‘flexible’ processor is made out of plastic instead of silicon
Next articleFortnite challenge guide: Complete the Whiplash time trial
- Advertisment -