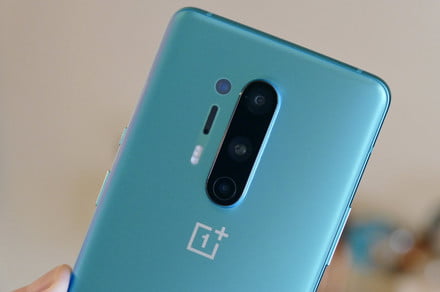 They may be a year old, but the OnePlus 8 and OnePlus 8 Pro remain great smartphones. They both feature sharp displays, smooth designs, effortless software, powerful cameras, and long-lasting batteries. However, as impressive as they are, neither is a stranger to the occasional problem, bug, or hitch. We run through the most common OnePlus 8 and 8 Pro problems and solutions in this article, explaining what each issue is, why it’s likely caused, and what you can do to get your phone running as normal.

While each problem covered here usually has its own particular solution(s), it’s always a good idea to download and install software updates whenever available. These can often remove any strange quirk or irregularity that may have been causing your OnePlus 8 or OnePlus 8 Pro to underperform or malfunction. It’s usually also worth contacting OnePlus Support should any method described below fail to work for you.

Problem: Apps won’t update or download in the Play Store

It’s not entirely clear whether this is a OnePlus or Google problem, but Google has published a page on their support website outlining various things you can try. As always, it’s usually worth updating if you can.

Some users have also advocated trying a factory reset if nothing else works. If you try this, make sure you back up your phone first.

Several users have complained on OnePlus’ official forum of issues with apps crashing or failing to open. For the most part, this appears to be an issue related to Android System Webview, which is responsible for enabling apps to view web content without having to open a dedicated web browser. As such, one solution that works in many cases is to uninstall updates for the app. Alternatively, you can try updating it if there’s an update available.

Some users have also reported being told by OnePlus to perform a factory reset. This is always an option if the above method doesn’t work, but before you try it, it’s always worth going to Google Play Store and checking for an update for Android System Webview.

A long battery life is supposed to be one of the strengths of both the OnePlus 8 and the OnePlus 8. Even so, some users have found that their batteries can drain much more quickly than expected. Some have encountered this issue after updating to OxygenOS 11, with most people remaining pretty much at a loss for why it’s happening.

Aside from checking for software updates, you can try the following possible remedies.

If nothing works, you may want to consider contacting OnePlus Support.

As with the more recent OnePlus 9 and OnePlus 9 Pro, numerous OnePlus 8 and 8 Pro users have complained that their phone often overheats. This can occur under various circumstances, from leaving the phone in direct sunlight for too long to recharging the phone using the wireless charger.

Given that overheating can occur for a wide range of reasons, there’s no single course of action that’s bound to solve the problem. Still, try updating your phone where possible, and also try one of the following steps. You can also try most of the actions outlined above for the battery-drain problem.

As simple as it is, the Alert Slider is one of the best features you can find on a OnePlus phone. Unfortunately, more than one user has complained that their Alert Sliders have stopped working properly, preventing them from switching to one or more of the three modes (Silent, Vibrate, Ring).

In all cases, this has been solved by one simple method.

As makeshift as this solution sounds, it worked for every user who reported having issues with the Slider. Of course, if you still continue to experience problems, it may be worth contacting OnePlus.

5 features we want to see in Battlefield Mobile

Review: Google’s Pixel 5a is the 4a 5G’s longer-lasting twin

Want to go shopping and save the environment? We can help.