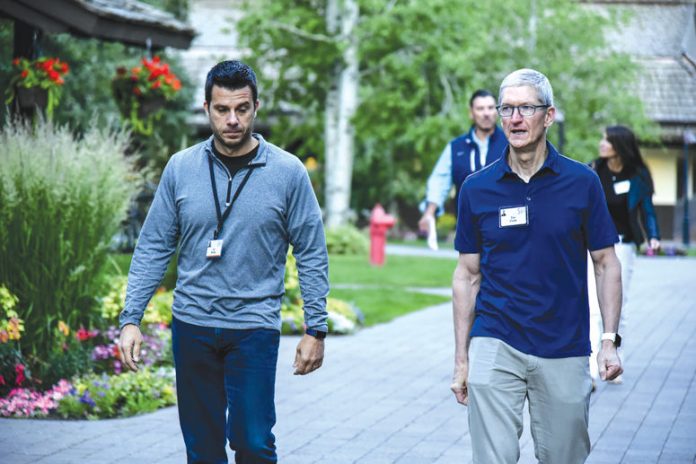 Apple CEO Tim Cook is attending the Sun Valley Conference in Sun Valley, Idaho this week alongside many high-profile guests, including Facebook CEO Mark Zuckerberg, according to NPR. Described as a “summer camp for billionaires,” the annual media conference is hosted by private investment firm Allen & Company and allows media and tech moguls to negotiate deals in between leisure activities such as golfing and whitewater rafting.

After being canceled last year due to the pandemic, the Sun Valley Conference returns this year with health and safety measures in place, with attendees required to present a negative PCR test result obtained within 72 hours prior to arrival, according to Vanity Fair. The report added that many presentations and events will take place outdoors.

Cook has attended the Sun Valley Conference multiple times, often alongside Apple’s services chief Eddy Cue. While details are typically kept under wraps, it was recently reported that during a private meeting at the conference in 2019, Cook urged Zuckerberg to delete all user information Facebook had collected from third-party apps.

With so many media executives gathering in one place, the Sun Valley Conference likely provides Cook with an opportunity to negotiate Apple TV+ content deals. Should any details emerge from this year’s conference, we will share them.Tag: Tim Cook
This article, “Apple CEO Tim Cook Reportedly Attending Sun Valley Conference Known as ‘Summer Camp for Billionaires'” first appeared on MacRumors.com

Honor 50 review: Honor’s back, and what’s old is new again

Reasons Why You Need to Hire an IT Consultant