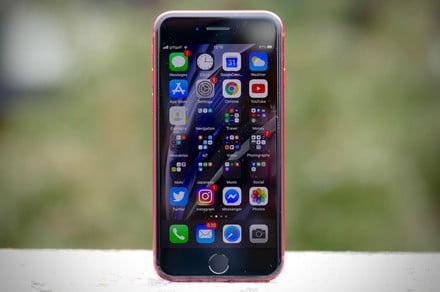 Apple is expected to release a 5G-capable iPhone SE next year, according to a report from Nikkei. The next iPhone SE is expected to retain the same iPhone 8-style design as the iPhone SE (2020), with Apple throwing in an improved A15 chip for power. Nikkei also mentions updated AirPods and a new MacBook Pro are also on the way, with production starting this month, though specs details are scarcer about both.

This new report gels with earlier statements by noted Apple analyst Ming-Chi Kuo. Kuo had predicted an iPhone SE coming in the first half of 2022 with the same design as the current model. Apple would be focusing on internal changes, with the A15 processor adding speed and 5G access and bringing 5G iPhones to a price-point where they can compete with some of the sub-$400 Android phones.

Appl just recently started shipping 5G phones with the iPhone 12, declaring “5G just got real”. Its tactics have paid off, with Apple overtaking all other companies to become one of the leading 5G phone makers in 2021. With the iPhone SE 2022, Apple will now also have a budget phone that supports 5G. The SE is expected to have other key features, including a new A15 processor. However, Apple will keep the LCD screen rather than switching to OLED as it did with the iPhone 12.

Alongside reports of the SE, Apple is also said to be shuffling out the iPhone Mini, with the 2021 iPhone 13 said to have the last Mini-sized phone. Instead, the company could launch an iPhone Max — a larger version of the adjectiveless-iPhone at the same size as the iPhone Pro Max series in a bid to appeal to more customers after the relative failure of the Mini.

“It is pretty much decided that there won’t be a Mini next year, and there will be a relatively cost-effective version of the largest iPhone Pro Max instead. However, the designs for the detailed specifications for the four new models next year are not yet locked in,” one of Nikkei’s sources said.

Apple this year is expected to release four more iPhones, the iPhone 13, iPhone 13 Mini, iPhone 13 Pro, and 13 Pro Max in 2021. Following shortly after should be an iPad Mini 6 and a revised model of the iPad with a faster A13 processor.