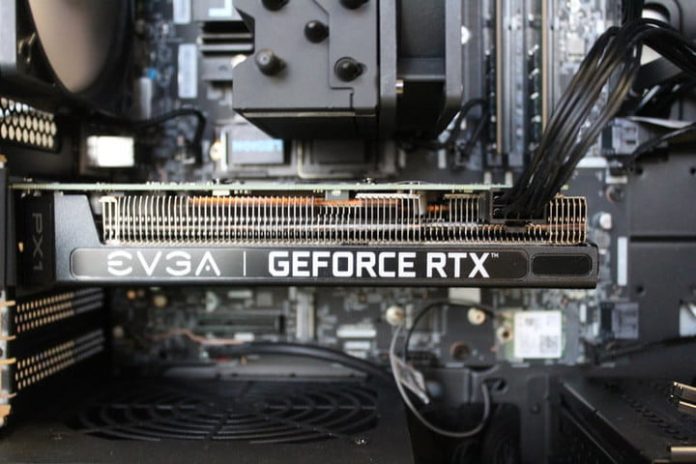 The latest generation of graphics cards from AMD and Nvidia has raised the bar for budget gamers. The RTX 3060 Ti, RTX 3060, and RX 6600 XT represent the cream of the crop for 1080p gaming, and the cards are even capable of running some demanding games at 1440p. But which one should you choose?

AMD hasn’t officially announced the RX 6600 XT, but multiple leaks point to a release date coming soon. Before it arrives, we pitted Nvidia’s two budget GPUs against AMD’s upcoming one to see which one is the best.

Nvidia released the RTX 3060 Ti on December 1, 2020, for $399. The slightly slower RTX 3060 came later on February 25 for $329. As per usual, the price set by Nvidia is for the Founders Edition models of each card, so options from board partners may be slightly more expensive depending on their cooling ability and features.

AMD hasn’t announced the RX 6600 XT yet, but the card is expected to arrive on August 11. Competing directly with the RTX 3060 Ti, the card is rumored to cost $399. AMD hasn’t revealed the card, much less any details about it, so the price and release date are subject to change.

The ongoing GPU shortage has caused a lot of problems for graphics cards, even though it is possible to buy a graphics card in 2021. You’ll struggle to find most models in stock at all, and if you do, they probably won’t be at list price. Expect to pay a few hundred dollars on top of the list price at retailers like Micro Center and Newegg.

A spec comparison of the RTX 3060 Ti, 3060, and RX 6600 XT doesn’t reveal much. The RTX 3060 Ti and 3060 alone don’t really match each other, with the cheaper card featuring more graphics memory but less bandwidth. In addition, AMD and Nvidia use different designs, leading to a much higher clock speed on the AMD card and a bigger memory bus on the Nvidia ones.

The RX 6600 XT isn’t out yet, either, so we don’t know the official specs. The specs listed in the table above are rumored, not confirmed.

Starting with the two cards that have been released, it shouldn’t come as a surprise that the RTX 3060 Ti is faster than the RTX 3060. It’s around 15% faster, placing it on par with last-generation’s RTX 2080 Super. The RTX 3060 is more closely aligned with last-gen’s RTX 2070, performing slightly better than that card but slightly worse than the RX 5700 XT.

In our testing of the RTX 3060, we found it was around 14% behind the RTX 3060 Ti in synthetic benchmarks. That said, we still hit 84 frames per second in Battlefield V, 94 fps in Fortnite, and 114 fps in Civilization VI at 1440p with all the sliders cranked up. More demanding games like Control and Cyberpunk 2077 struggled to hit 60 fps at 1440p. Dropping to 1080p produced up to a 32% increase in frame rate, however.

Between the three, the RTX 3060 is likely in last place. With the current GPU pricing situation, though, it could be in the range of $200 in savings. Frankly, the RTX 3060 performs much better than it has any right to, and when hundreds of dollars are on the table, a 15% performance difference doesn’t mean much.

For features, all three of our competitors are much closer than they were a few months ago. The standout features for the RTX 3060 Ti and RTX 3060 are Deep Learning Super Sampling (DLSS) and ray tracing, which are both part of the RTX features package. Ray tracing helps lighting look more accurate and games, and DLSS improves frame rates with artificial intelligence-assisted upscaling. Neither are stellar at ray tracing but are substantially faster than their counterparts from the previous generation, while DLSS can make a huge difference in support games’ performance.

AMD cards used to lack these features, but not any longer. The RX 6600 XT should support ray tracing like the rest of the RX 6000 range, and AMD now offers its FidelityFX Super Resolution (FSR) upscaling tech. FSR accomplishes the same goal as DLSS, and although it’s not quite as impressive, it gets very close. Ray tracing is unlikely to be hugely impressive on the 6600 XT, as AMD’s RDNA2 cards just aren’t as fast at it as Nvidia’s newer-generation options.

The Nvidia cards have the lead at the moment. AMD is late to the party when it comes to upscaling tech and ray tracing, though it’s quickly catching up to Nvidia. At the moment, we recommend one of the Nvidia cards for features. In a matter of months, however, the race will likely be much tighter.

Facebook
Twitter
Pinterest
WhatsApp
Previous articleEpic is right when it says Google has no incentive to woo iOS users away
Next articleNobody likes dealing with phone calls, so here’s how to block them all
- Advertisment -