HomeNewsAccessory makers are still ignoring Chromebooks, to the detriment of all
News

Accessory makers are still ignoring Chromebooks, to the detriment of all 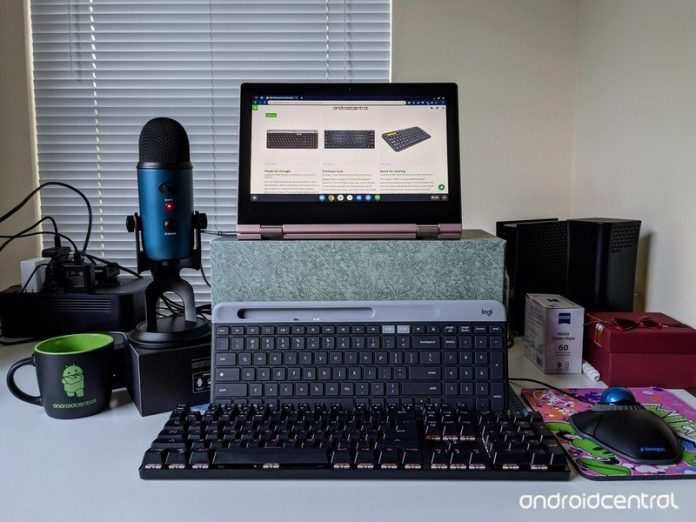 While most Mac/PC accessories are compatible, there are some things we’re still forced to compromise on, so long as manufacturers ignore Chromebooks. 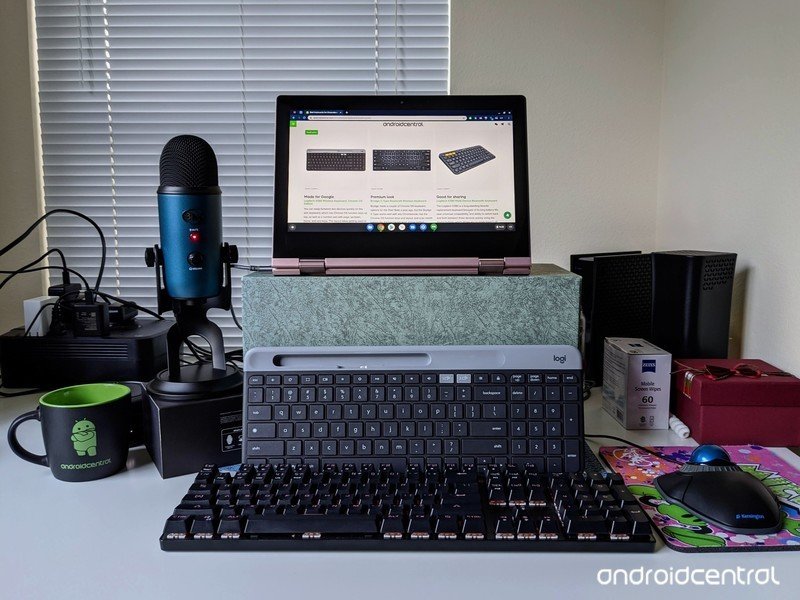 There’s just one small problem: finding good Chromebook accessories can be quite difficult, depending on the category.

I recently wrote up my half-year of insanity trying to find a Chromebook-friendly docking station that would work with all my Chromebooks. Right now, the one that’s working best is the Dell UltraSharp 27 USB-C Hub Monitor, and more than one keyboard reached my desk only to go right back in the box when the function/F1-12 row didn’t work on Chrome OS. While certain accessories like mice and sleeves are essentially universal, finding a robust setup that meshes with Chromebooks is surprisingly difficult — because accessory makers don’t care about Chromebooks.

Compatibility is more than just a line on a spec sheet 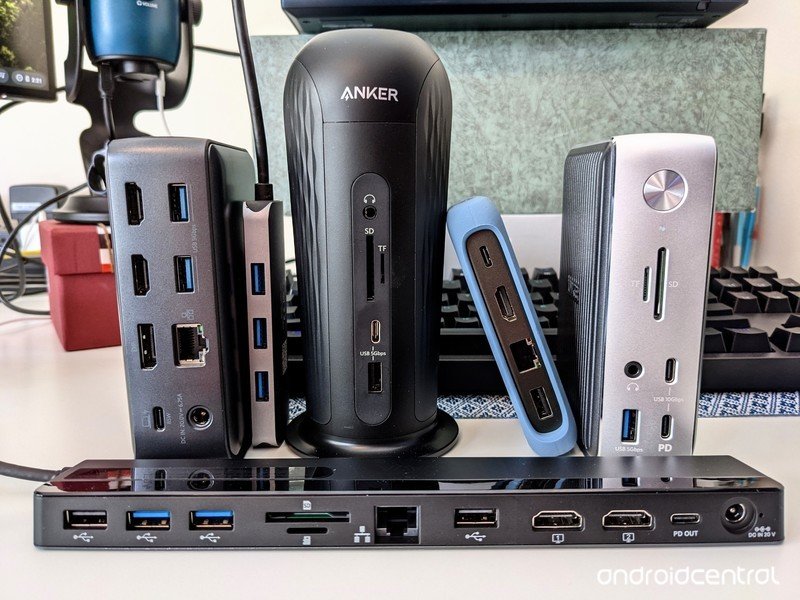 I reached out to a half-dozen popular accessory makers and save for Belkin; the resounding reply was: “We have no plans to make Chromebook-specific accessories at this time.” Many were quick to highlight that their chargers and USB-C hubs are compatible, such as Anker, Aukey, and RAVPower. Still, Chromebooks were not considered in the design process and aren’t being considered in the immediate future.

“Our products support Chromebooks.” Well, at least they’re supposed to on paper.

To a degree, I get their point. Chromebooks handle Power Delivery charging the same as any other laptop, so there’s no special consideration needed. Apart from some video ports and protocols like DP-alt mode, USB-C hubs mostly work just fine. While you can program macro buttons on more advanced gaming mice, your standard three-button mouse will work on basically anything.

For some accessories, Chromebooks require no extra effort, but for others, the extra effort and time are vital to the compatibility and experience Chromebook owners will see. Docking stations are a notorious example, but keyboards are another example of “it should just work,” but it’s a second-class experience.

AZIO sent me its latest keyboard set that just wrapped its Kickstarter. Unfortunately, while the mouse and number pad worked perfectly with my Chromebook, the keyboard was hobbled by an inability to use the F1-12 buttons or most of the Function keys that also inhabit that row. The set was beautiful, but I finally had to yank it and plug back in my trusty Aukey mechanical keyboard because I needed to use Chrome OS functions through the F keys. There are so few keyboards designed with the Chrome OS layout that they can’t even fill the top row of our best Chromebook keyboards collection. You have a more premium-looking and relatively compact Brydge C-Type, originally designed for the Pixel Slate, but I’m happy it’s stuck around and the Logitech K580.

Logitech is a bright spot on an otherwise dour accessory outlook. As part of the Works with Chromebook program, Logitech has dozens of Chromebook-compatible accessories from mice and webcams to microphones and headsets. They’ve only made one Chrome OS keyboard so far, but I’m holding out hope we’ll get an MK Keys or mechanical option from them.

Works with Chromebook: How it’s helped, and how far we have to go

Things are better on this front than they were two years ago, and part of that is due to Works with Chromebook, a program Google started with various manufacturers to produce high-quality accessories that users could be certain would work with their Chromebooks. It started with chargers, cables, and USB-C adapters, expanding into USB-C hubs and docking stations this spring.

We still haven’t seen much in the way of Chromebook-certified docking stations yet. Hyper announced the first models in the spring, but they don’t go on sale until August. Given the general ambivalence of other accessory makers, the only other docking stations I anticipate in the next year will come from Chromebook manufacturers like Lenovo and from Belkin, who already do some Works with Chromebook adapters and is eager to expand their portfolio:

“Belkin has a longstanding relationship with Google, providing docks and accessories for their innovative hardware products. We are excited to work with them to understand the accessory needs for Chromebook solutions. Our early commitments to build Works With Chromebook (WWCB) products included making many investments specifically tailored to validating performance to the Chromebook ecosystem.”

Belkin’s current Works with Chromebook collection is still relatively small on the consumer side — though it offers up some excellent Chromebook charging stations for schools. I’m hopeful we’ll see USB-C hubs and docking stations join that portfolio soon, but product development takes time, as does the compatibility and performance testing Belking prides itself on.

What Chromebook accessories can you trust today? 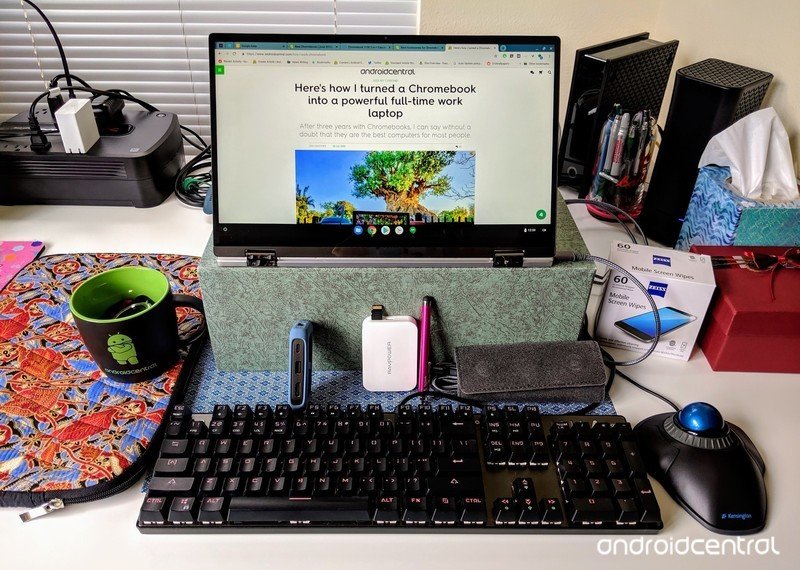 Thankfully, there are still plenty of great hubs and accessories that work just as well on Chromebooks as they do on Mac/Windows. Of course, docking stations will still be a little bit of a gamble until Works With Chromebook models arrive, but USB-C hubs, by and large, are perfectly compatible (and more affordable). In most cases, the Anker PowerExpand 12-in-1 Media Dock did well for me, but the Aukey Unity Link PD III and the Dell UltraSharp 27 were better solutions.

Mice are universal at this point, but among the best Chromebook mice, I’m fond of the Logitech Pebble M350 when I’m on the go. It hides the wireless receiver under the magnetic top plate rather than wrecking my nails trying to pry up some bottom battery compartment. However, if you’re tired of wrist fatigue from long hours of moving the mouse around, switch to a trusty trackball. I’ve had the Kensington Orbit for four years, and it holds a place of honor at my standing desk.

I switch Chromebooks too regularly for work to deal with repairing the Bluetooth on the Logitech K580, but that’s a laptop reviewer problem most of you won’t have. I have a fondness for mechanical keyboards, and while there are very, very, very expensive models out there for you to choose from, I’ve used the Aukey KM series since 2017, and it hasn’t let me down yet. While this is a Windows keyboard, it works perfectly on Chrome OS, the lighting is easy enough to change with the Function keys, and you can turn the Windows key into an Assistant key to make using the expanded clipboard easier. Red switches are quieter, while Blue switches have the classic sound.

Facebook
Twitter
Pinterest
WhatsApp
Previous articleHere’s how much the Nothing Ear 1 earbuds will cost in India
Next articleWhy is my phone not making or receiving calls?
- Advertisment -