HomeNews6 months in, the Galaxy S21 Ultra is on target to be...
News 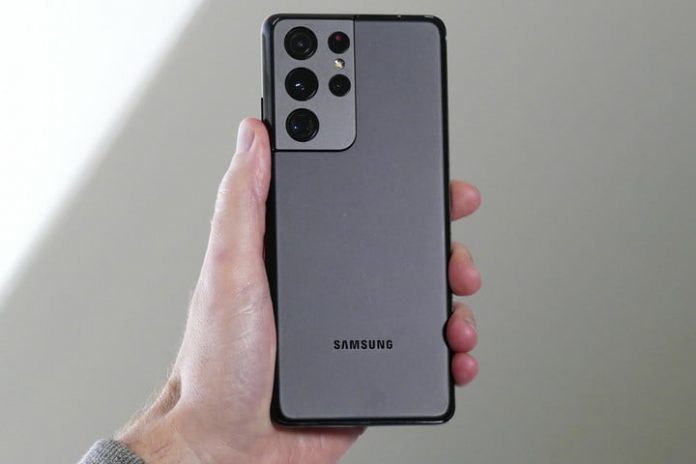 The Samsung Galaxy S21 Ultra was released six months ago, and at the time I called it the best S Series smartphone so far. I’m now ready to revise this statement slightly. It’s still the best S Series phone I’ve used, but I now believe it probably won’t be beaten this year in general. The Galaxy S21 Ultra is the best Android smartphone you can buy today, and it’s going to take a really special phone to stop it from becoming the best Android smartphone of 2021.

Bold claim, right? Especially as the year still has many months left in it. Obviously, I can’t see into the future, so I don’t actually know what’s coming, but I have used most of the other major new phones released this year already and can look at historical data to see what’s likely on the horizon. By doing so, I know the Galaxy S21 Ultra’s challengers are rather thin on the ground.

It’s not that everything else released this year has been bad — far from it. We’ve had more brilliant phones than ever, and a lot more reasonably priced great phones too, but I’ve not used a phone so well-rounded, so perfectly packaged, or as immensely, endlessly capable as the S21 Ultra. Once I put my SIM back into the phone, I never want it to do anything it can’t already do, and I don’t often have that feeling about other phones.

Looking ahead, we know Samsung won’t come out with a Galaxy Note phone this year, instantly removing one of the S21 Ultra’s possible challengers. Folding smartphones are still expensive, and have software idiosyncrasies and durability concerns that stop them from being suitable for everyone, so any new Samsung Galaxy Fold models won’t realistically take on the S21 Ultra either. What about everyone else?

LG has left the building, so it’s not going to worry the S21 Ultra, and Huawei’s 5G-less P50 Pro may not even make it out of China. Oppo’s Find X3 Pro and Xiaomi’s Mi 11 Ultra flagship phones are barely five months old, and the OnePlus 9 Pro is about the same. None of these are ripe for replacement and good though they all are, they’re not as good as the S21 Ultra.

Google is perhaps the only Android phone maker still to release a top-spec smartphone in 2021, and although I can’t wait to see a Pixel Fold, it’s by definition never going to be as acceptable, or as accessible, to mainstream phone buyers. The rumored Pixel 6 may come close with camera performance and software, but it has never had the best screen or design, and may not come with a top processor inside again either.

Maybe I’m missing something, or will be surprised by an unexpected release, but if I’m not, then the Galaxy S21 Ultra has got 2021’s best Android phone award already sewn up.

I’m aware I’ve got to back up my claim. I’ve used the Galaxy S21 Ultra for the past week and did so back-to-back with the Galaxy Note 20 Ultra recently too, plus outside of my initial review period of a few weeks, I have also returned to it a few times for a month-in update, some camera tests, and when I haven’t had a new review phone on the go. I know it pretty well.

Samsung’s One UI 3.1 is reliable, attractive, and very fast. It’s customizable by just the right amount, so I can make it look the way I like. The Dark Mode works across the system and doesn’t seem to interfere with my apps, plus I get all my notifications reliably and can interact with them in the notification pulldown menu.

I can turn Bixby off and there’s no dedicated Bixby key to irritate, I have made the Power Key do what it’s supposed to (turn off the phone), and the in-display fingerprint sensor is responsive and accurate. The battery life is also superb. This week I’ve used the phone normally, without much gaming, and it has rarely dipped below 50% before I go to bed. Two days’ use before recharging is entirely possible from the S21 Ultra for me, and yes, I’ve got the resolution set to 3200 x 1440.

Then there is Samsung’s screen, which is utterly wonderful. There’s enough of a curve to make it immersive and modern looking, but not so much that it’s a pain to use. It’s massive but the bezels are small, and unlike many other phones this year there’s no need to play around with multiple settings (there really aren’t any) to get the color and contrast just right. It’s right straight away, thanks to expert tuning.

I find I slip back into using the S21 Ultra so easily, I’m never left wanting it to do something it can’t, there are no real ongoing frustrations that haven’t been fixed, and I even like the swish black finish. It has picked up a few small scratches, but nothing major and nothing a case wouldn’t have avoided. I’ve even got used to the size and weight. I just haven’t wanted, or needed, anything else.

I often mention in my phone reviews how I want a camera to inspire me creatively. It can come in many forms, from simply taking good photos to providing effective features that aren’t gimmicks, which actually allow me to take unusual or exciting new photos. The Galaxy S21 Ultra does exactly this.

On a sunny afternoon this week, I went out to try and capture some simple nature photos with the Galaxy S21 Ultra but restricted myself to using the 10x zoom mode. It’s an optical zoom so there is no loss in quality, although Samsung’s post-processing can be quite heavy-handed. It’s forgivable though because it takes photos no other smartphone is capable of.

I have not edited any of the photos except one, as I wanted to show what the camera does on its own. Each photo could be improved with some editing. I cropped and altered the photo of the damselfly, emphasizing the small subject more in the picture. Most of the time I didn’t use the tap-to-focus feature, and the camera intelligently selected the subject, speeding up and simplifying the process of taking photos like this. 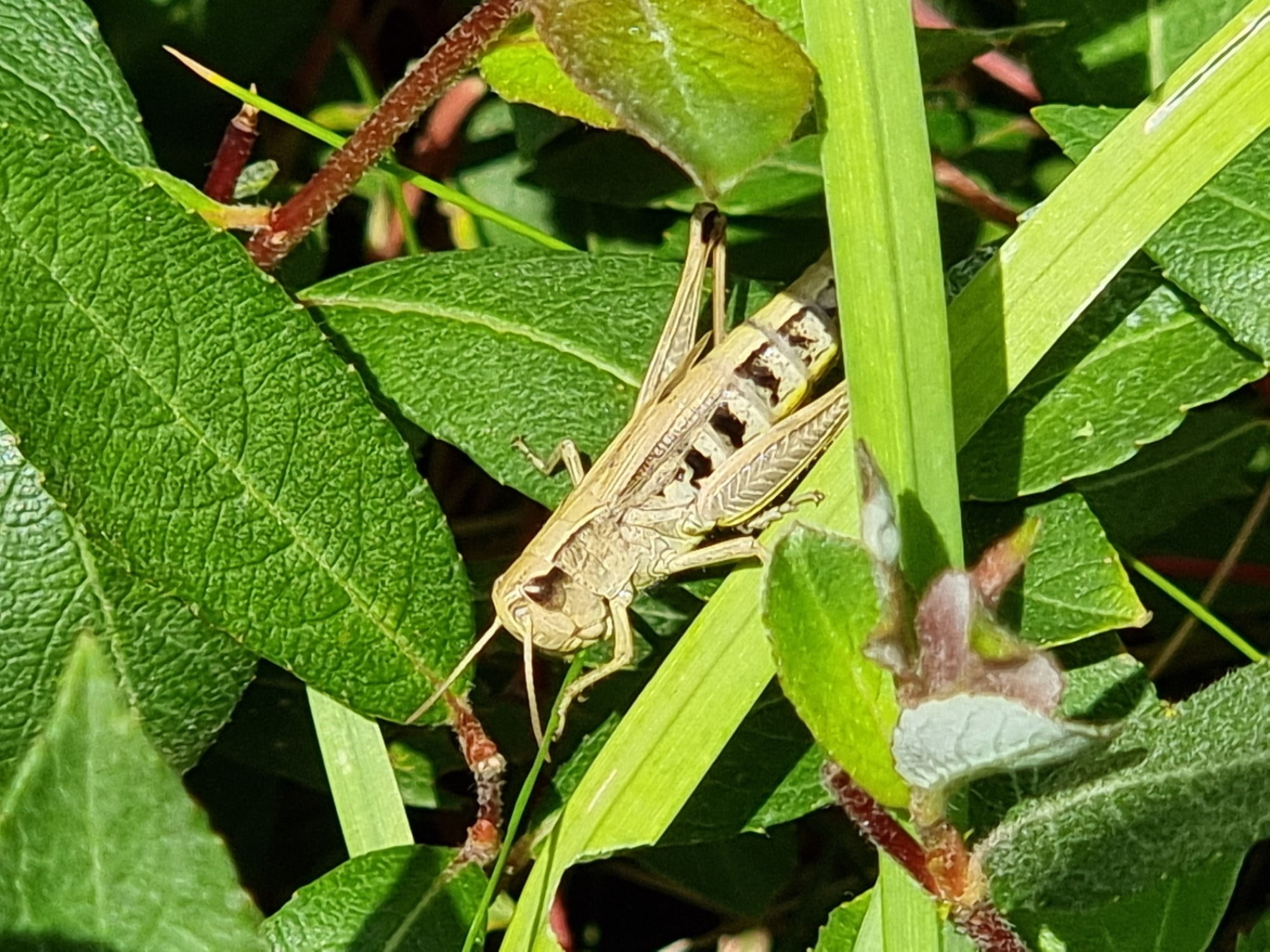 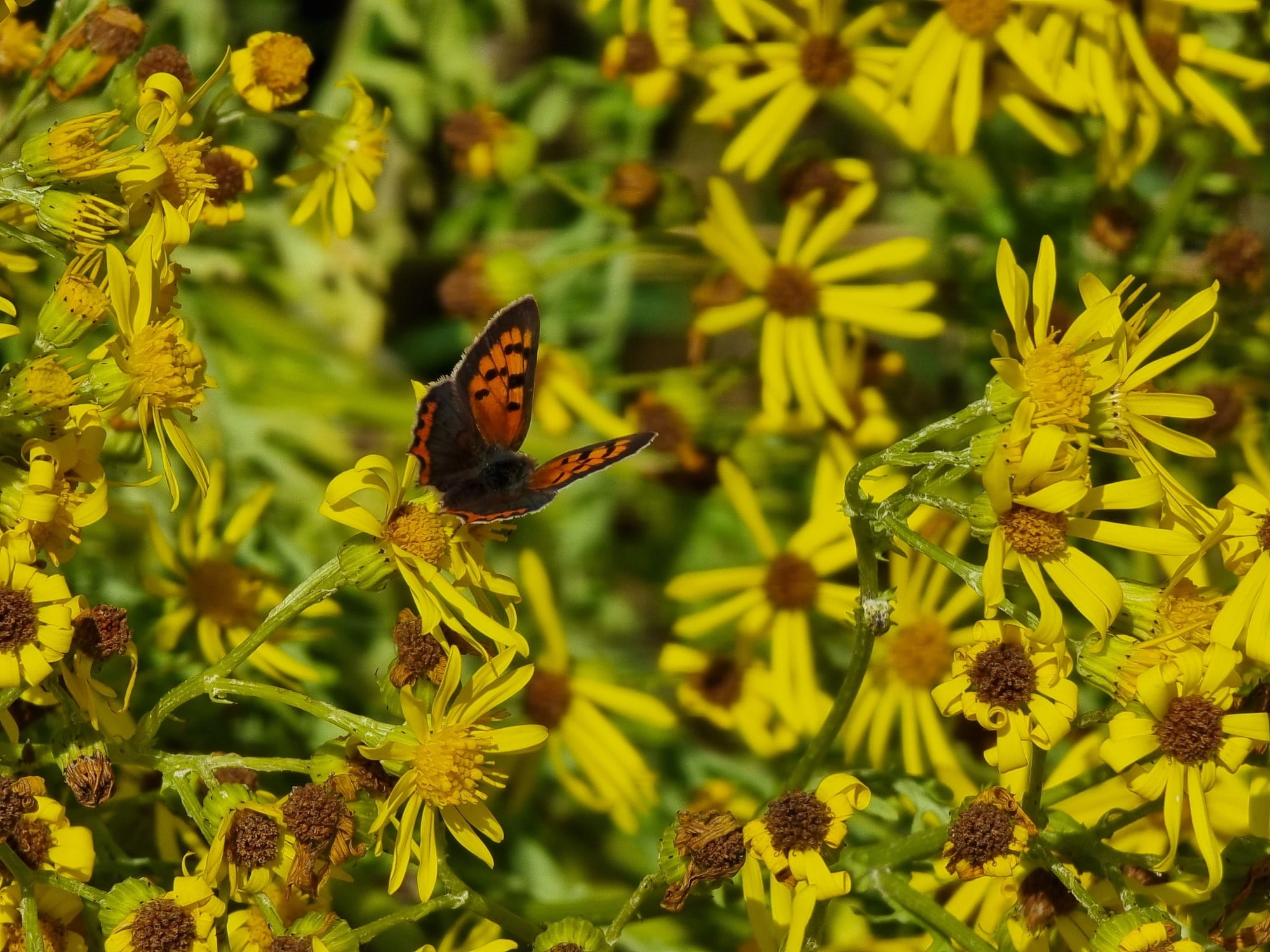 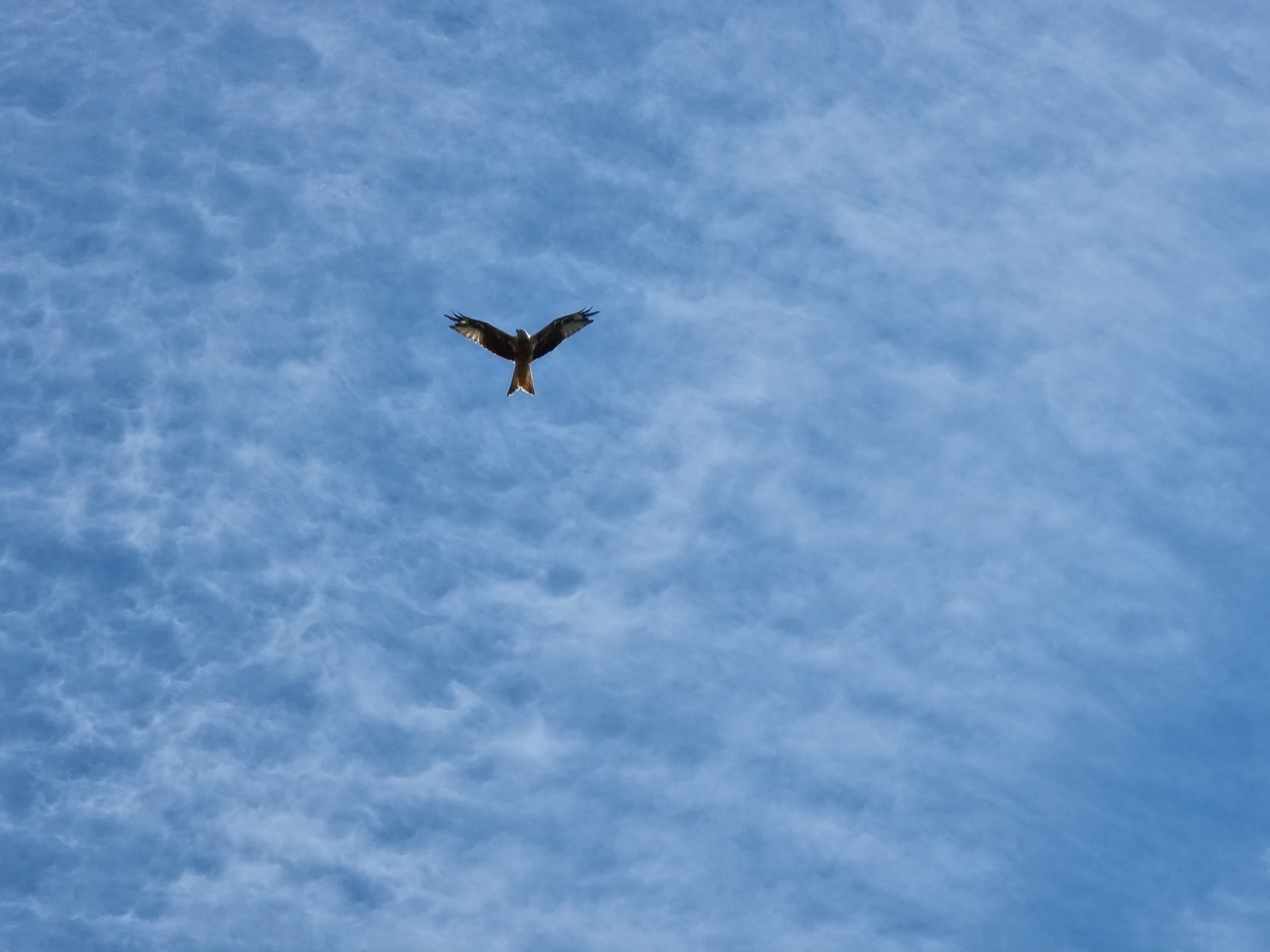 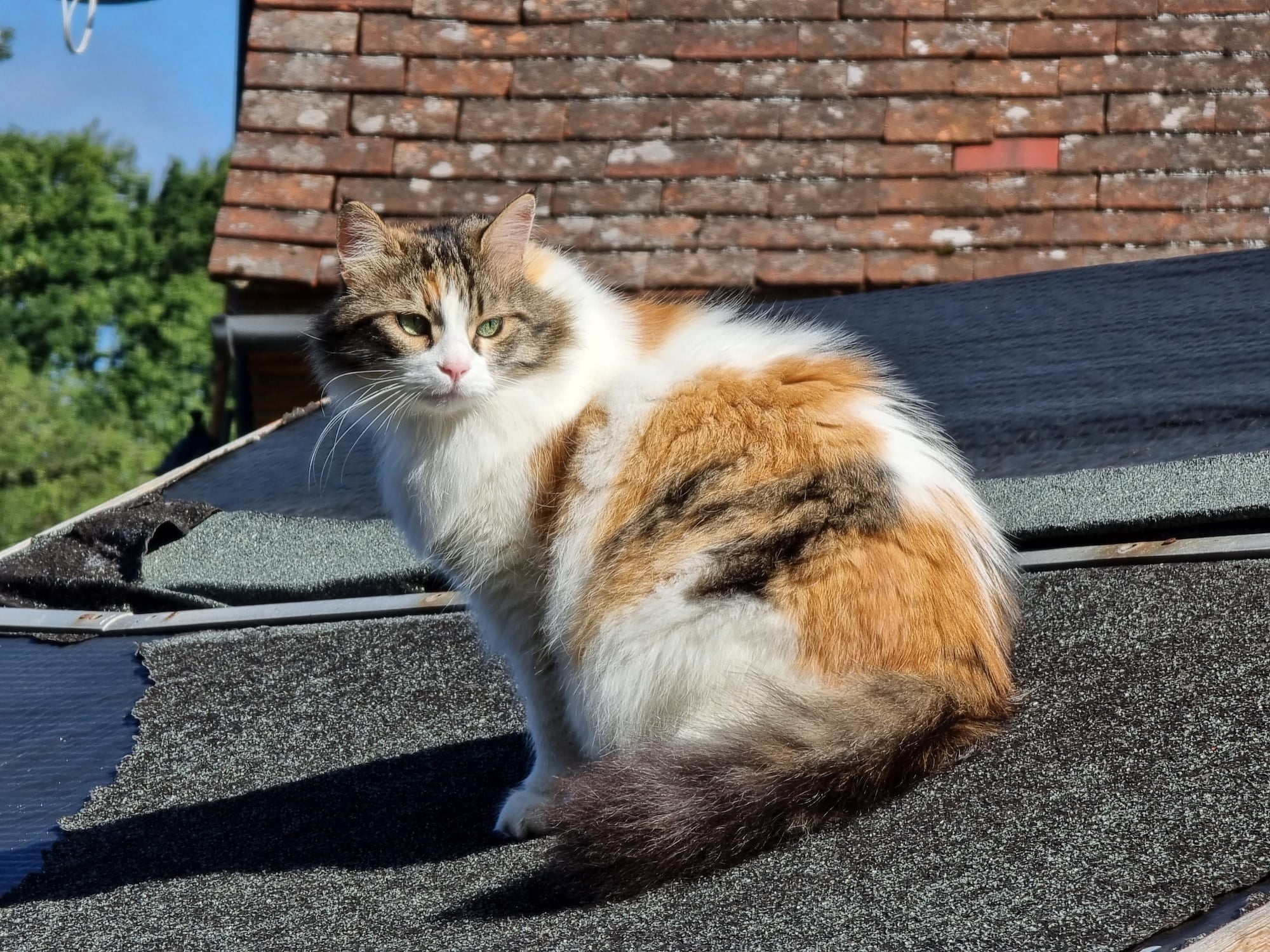 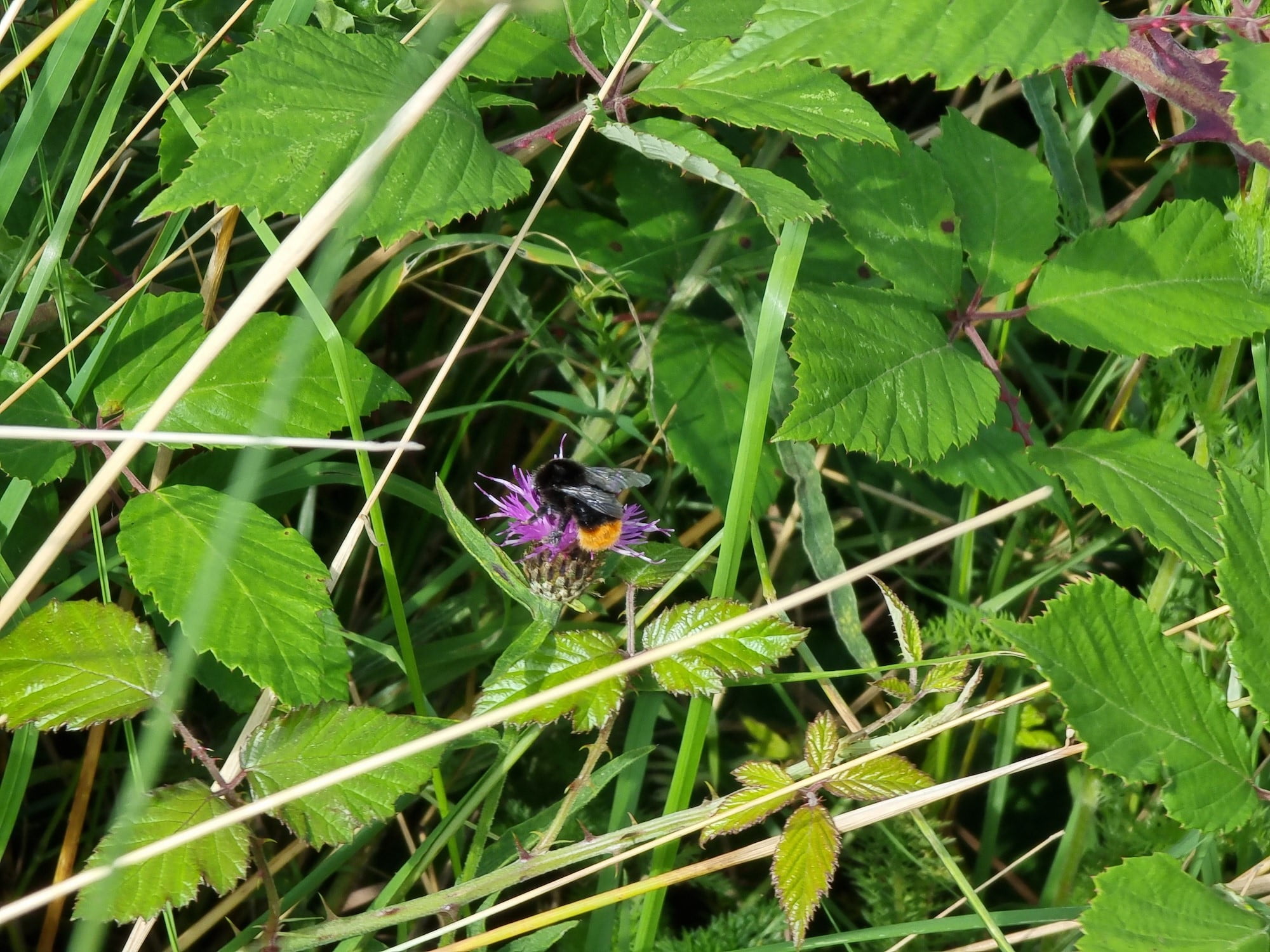 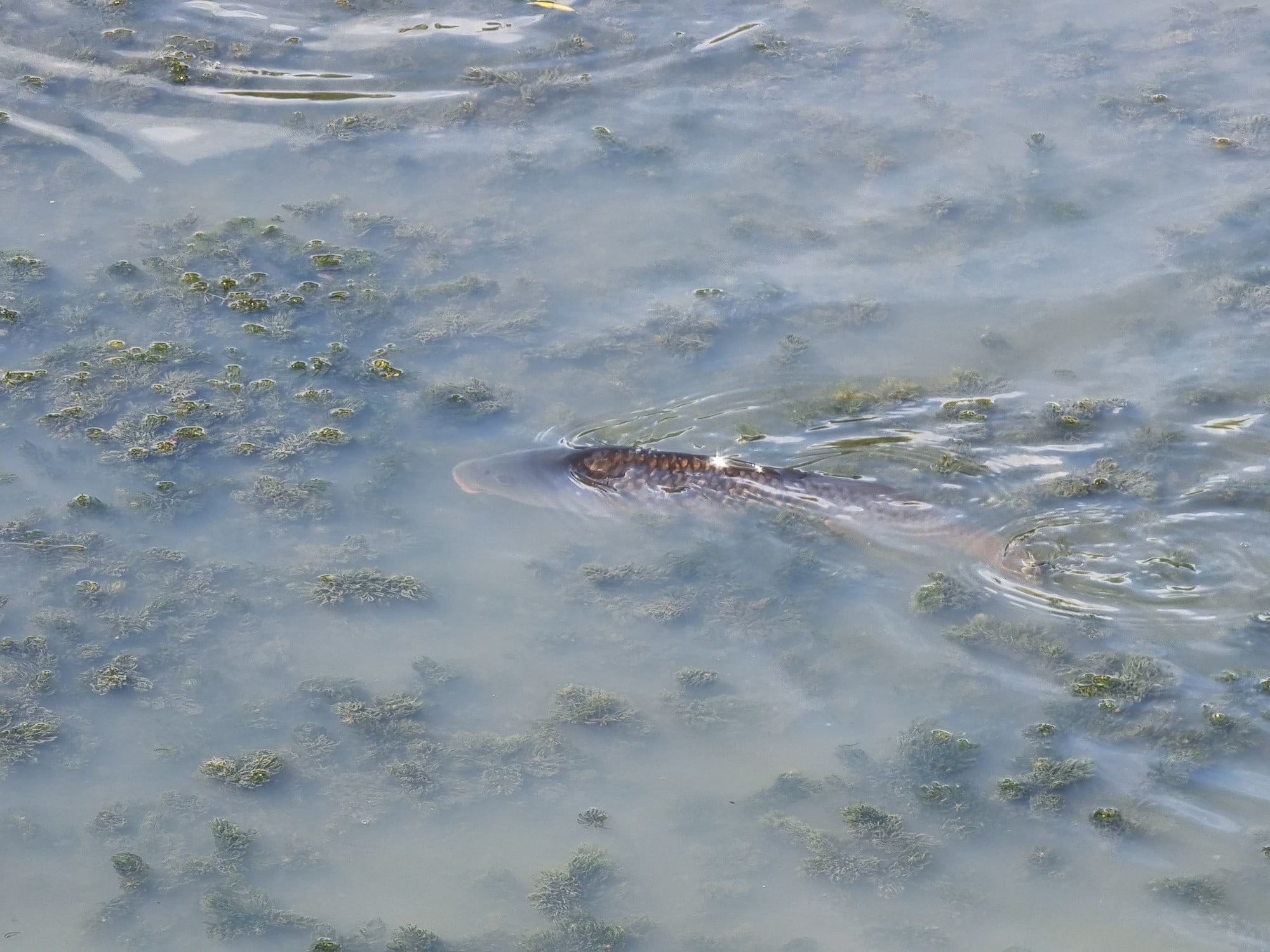 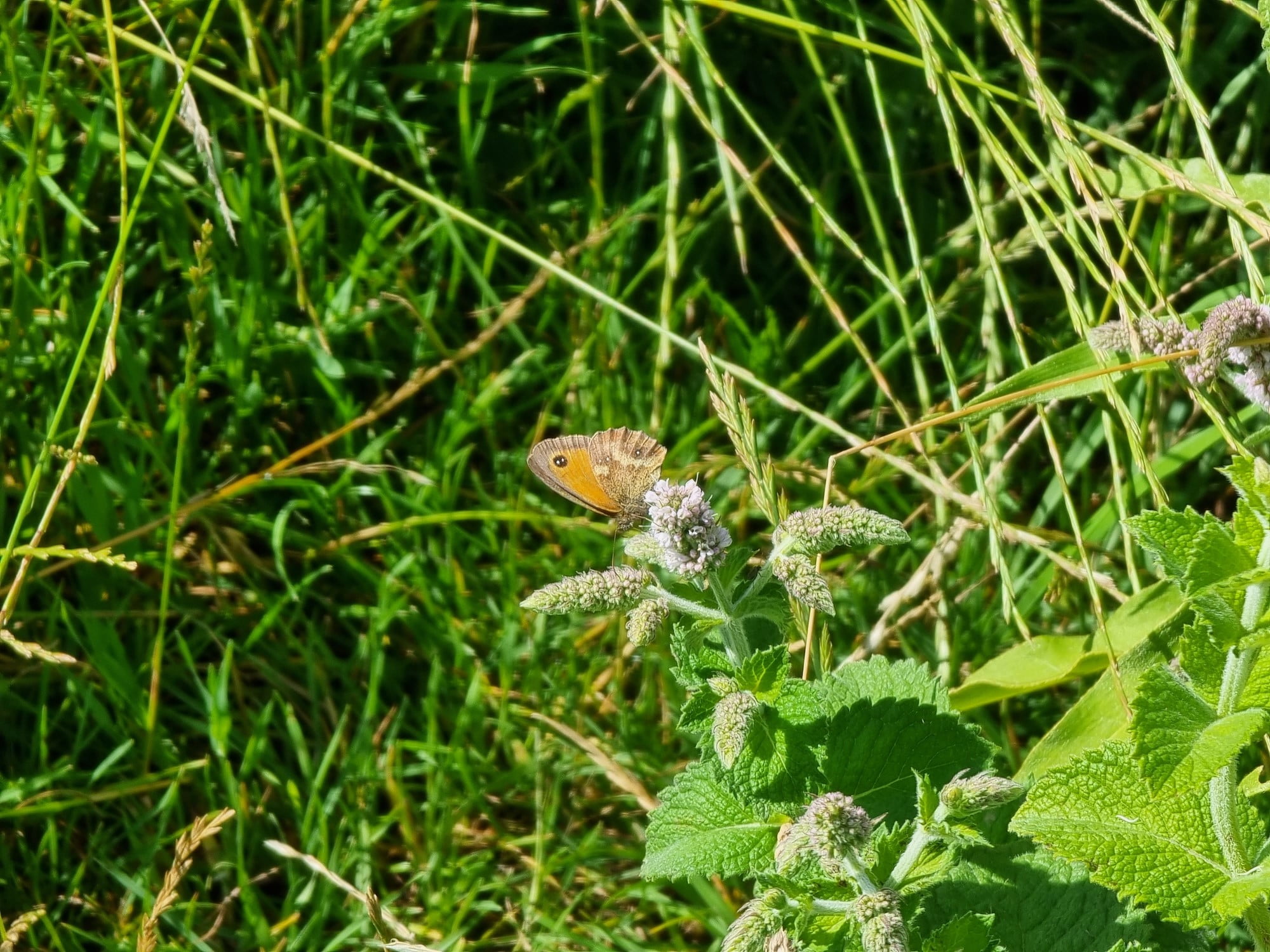 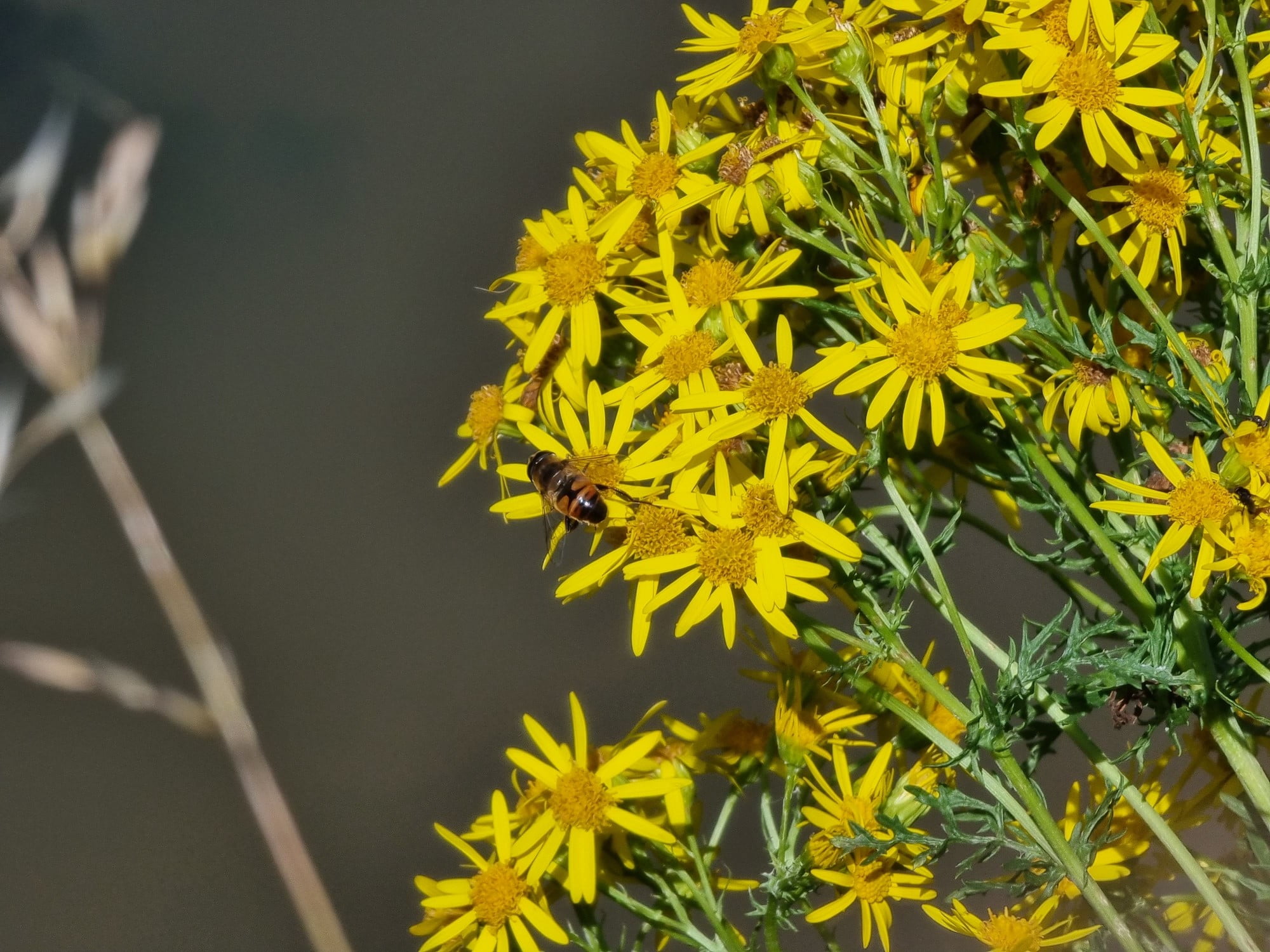 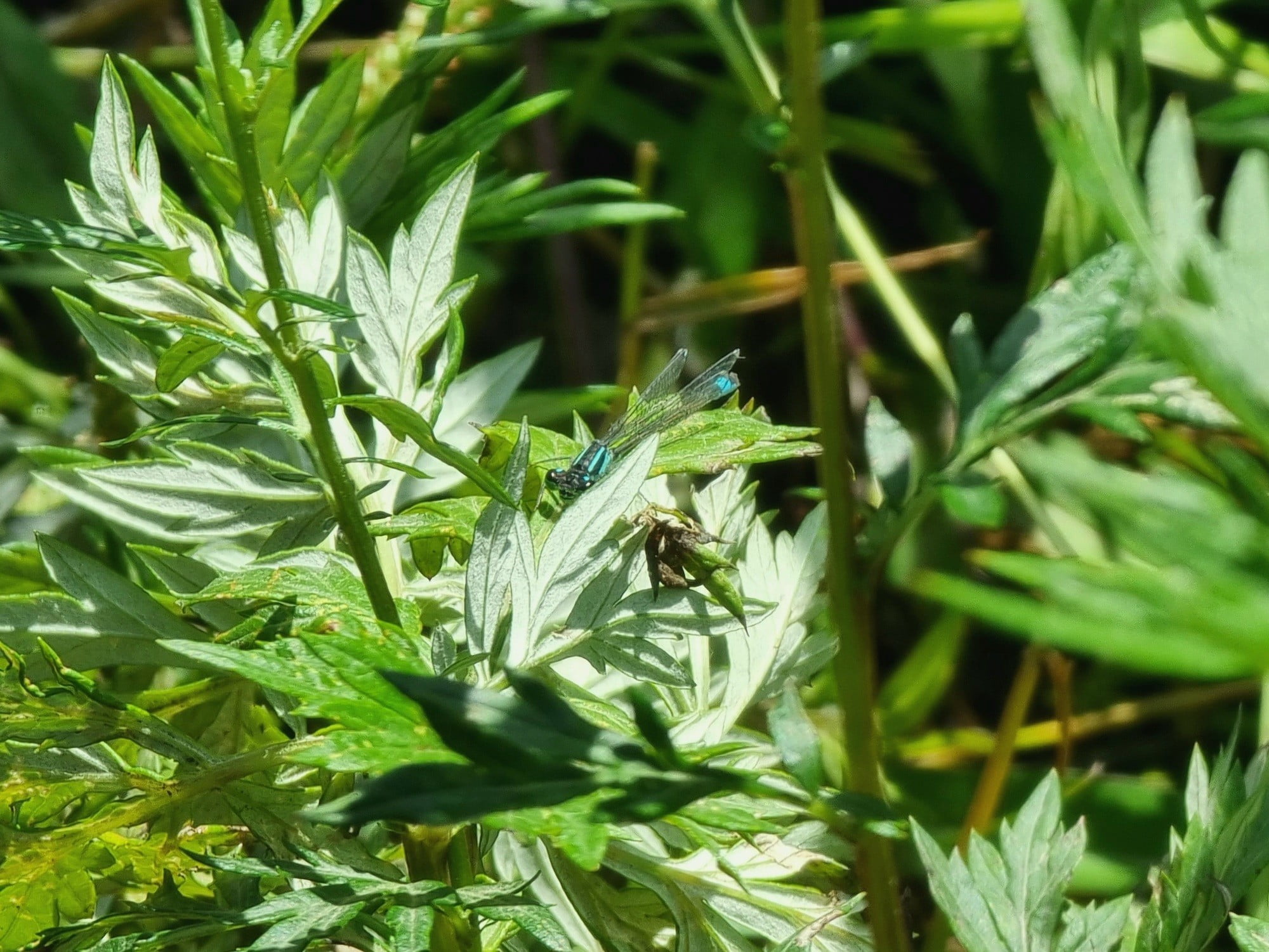 I took all the photos in the same way I would a picture with the standard zoom, handheld, often crouching down, or in the case of the hawk in the sky, with my hands held over my head and tracking it at the same time. The steadiness of the image in the viewfinder made it possible because despite the long zoom, as there’s almost no wobble or shake.

There was a certain, very tight, amount of time to capture this kind of photo, and spending extra time steadying the phone, or keeping the subject in frame, would have likely meant the moment would have been missed. For most of these shots, I only needed to take one or two photos to get the result I wanted. I also only spent an hour at the most taking these, which are part of a collection of about 200, some of which were Burst photos.

The 10x zoom is the perfect example of a camera feature that inspires, and it’s just one part of the Galaxy S21 Ultra’s very impressive camera system.

You may have noticed I have referred to the S21 Ultra as potentially the best Android smartphone of 2021, rather than the best smartphone of 2021. That’s because Apple has yet to play its card for the year, and I would be a very foolish person indeed to assume it hasn’t got something very special coming, which could still take the title of the year’s best smartphone overall.

However, it’s not going to be an easy task. The Galaxy S21 Ultra is the phone it needs to beat, especially when prices can be surprisingly reasonable for this top phone. Until that time, and provided another surprise doesn’t unseat it before December 31, congratulations should go to Samsung, as it really does seem like it has made the best Android phone of 2021, long before the year is even over.