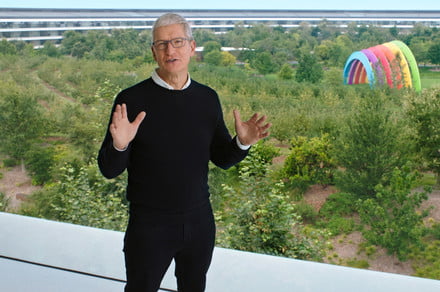 Apple’s Worldwide Developers Conference (WWDC) is only days away, and we might have just received a big clue about what to expect. According to industry analyst Daniel Ives, Apple will unveil revamped versions of both the MacBook Pro 14 and the MacBook Pro 16 at the show. That’s a pretty big deal.

Specifically, Ives’ research note says Apple will show off the usual upgrades to iOS, iPadOS, MacOS, watchOS, and tvOS, but that it also has a “few surprises” up its sleeve. One of those surprises, he believes, is the announcement of the new MacBooks.

When it comes to the MacBook Pro 14, there has been a huge range of rumors in recent months. As the name implies, the screen is expected to expand from 13 inches to 14 inches across thanks to the use of slimmer bezels. It could feature a flat-edged design like the iPad Pro, a return of MagSafe alongside a greater variety of ports, and a brighter, higher-contrast display.

Much less is known about the upcoming MacBook Pro 16 refresh, although we would expect it to transition to Apple Silicon chips, as it is still stuck on less performant Intel processors. Currently, it is the only MacBook model not using Apple’s own chips.

However, Ives’ analysis should be taken with a grain of salt, as he suggests both MacBooks will come with the Apple M1 chip inside. We think that is unlikely because Apple is known to be working on much more impressive chips that are nearing release. The MacBook Pro 16, in particular, is surely in line for an upgraded chip, as it is Apple’s flagship laptop and has traditionally been kitted out with its top-end parts.

Apple is said to be readying the next generation of its Apple Silicon line, tentatively called the M1X or the M2, and this is a much more likely candidate for both of the new MacBook Pro models. Ultimately, watching the WWDC show on June 7 will reveal whether Ives’ predictions were accurate.

Elsewhere, Ives’ research note shed some details on the iPhone 13, claiming it will come with up to 1TB of storage. He also said Apple could announce its augmented reality glasses, supposedly dubbed Apple Glass, at WWDC 2022, with the Apple Car set to follow in 2024.