HomeNewsWSJ: Apple Piloted Running Its Own Subscription Based Primary Healthcare Service With...
News 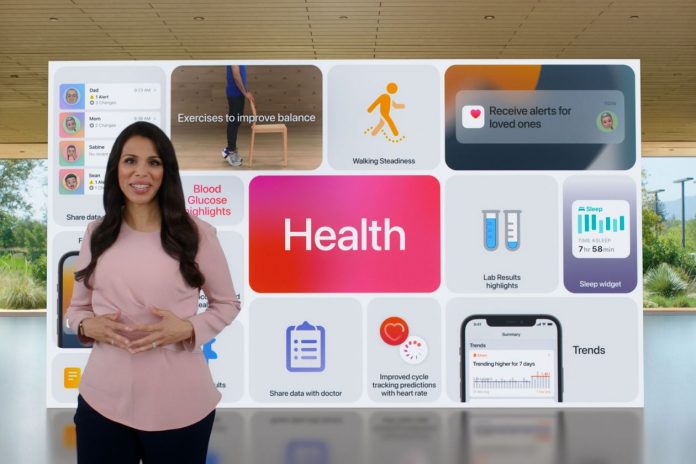 In 2016, Apple considered an “audacious” plan to launch its own healthcare service, based on a subscription, with “Apple doctors” at clinics for customers, according to The Wall Street Journal.

One of its most ambitious healthcare ideas was a plan to offer primary-care medicine, conceived in 2016, according to documents and the people familiar with the plan. An Apple team spent months trying to figure out how the flood of health and wellness data collected from users of its smartwatch, first released in 2015, might be used to improve healthcare, the people said.

Apple CEO Tim Cook has said one of Apple’s greatest contributions to humanity will be in health, and at one point, its biggest idea of that contribution would be its own healthcare service.

One of its most ambitious healthcare ideas was a plan to offer primary-care medicine, conceived in 2016, according to documents and the people familiar with the plan. An Apple team spent months trying to figure out how the flood of health and wellness data collected from users of its smartwatch, first released in 2015, might be used to improve healthcare, the people said.

The team decided one of the best ways to realize that vision was to provide a medical service of its own, said people familiar with the plan, linking data generated by Apple devices with virtual and in-person care provided by Apple doctors. Apple would offer primary care, but also continuous health monitoring as part of a subscription-based personalized health program, according to these people and the documents.

In 2017, a year after the idea was first conceived, Apple took over health clinics near Apple Park to set up testbeds for the new health service. Dr Sumbul Desai, of Stanford University, manages the project. The testing at those clinics continues to this day, however, they have yet to move past “a preliminary stage.”

Dr Desai’s project and team have faced pushback from Apple employees. Some employees, including midlevel managers, have been critical of the way Dr Desai’s unit “discourages critical feedback,” including allegations that the unit provided inaccurate data about the performance of the test clinics, according to The Wall Street Journal.

Employees concerned about the culture pointed to a 2019 meeting during which a midlevel manager raised questions about data, according to people familiar with the meeting and the documents. Dr. Desai responded angrily, leading some present to conclude that critical questions were unwelcome, according to the people and the documents. The manager left Apple weeks later, and the episode contributed to her departure, documents show.

One initiative driven by Dr. Desai’s team was an app being tested among Apple employees called HealthHabit. According to the report, it was meant to “connect people with clinicians via chat and encourages them to set health challenges.” The app struggled with low downloads and enrollment, with half of the users who had downloaded the app in May not enrolling. The app’s struggle has caused concerns over the accuracy of the data being collected.

Data supporting the app’s hypertension program has caused new concerns among employees about the integrity of internal data and analysis, some of the people said.

During a presentation for all Apple health employees in March, Mr. Williams praised the clinics’ results in treating hypertension and pointed to them as evidence supporting the HealthHabit app’s potential, according to people who saw the presentation. He suggested that the company may have wider ambitions for the app if it is successful, they said.

At the same meeting, Apple’s COO, Jeff Williams, also reportedly presented data that showed that “91% of patients in Apple’s clinics with more severe stage-two hypertension improved to healthier stages or normal.” An Apple spokesperson responded, saying that the statistic cited by Williams was for an internal program and not a product.

Apple’s idea of launching its own healthcare service has stalled internally, and the company is likely keen on first building up its health infrastructure through more robust and meaningful health features for the Apple Watch, ‌iPhone‌, and various health studies. For example, Apple is reportedly considering and studying ways to include a blood-sugar sensor and temperature sensor in future iterations of the Apple Watch.
This article, “WSJ: Apple Piloted Running Its Own Subscription Based Primary Healthcare Service With ‘Apple Doctors'” first appeared on MacRumors.com