HomeNewsWhich Fitbit should you buy on Prime Day?
News

Which Fitbit should you buy on Prime Day? 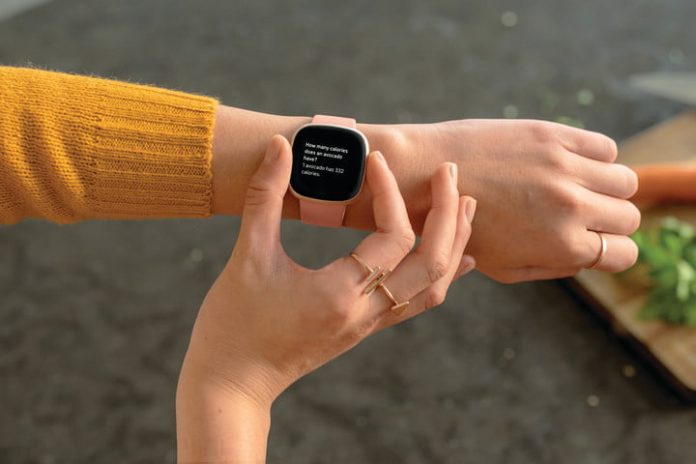 Fitbit fitness trackers and smartwatches are very popular and for good reason. They are well-made, have great software, and provide a lot of helpful data on your activities. What’s more, Fitbit trackers are just as good for casual exercisers as they are for more motivated fitness fans.

There will be plenty of Prime Day deals on Fitbit trackers, but the range of available models is extensive, so how do you know which one is the right one for you? That’s where we come in. Here are our recommendations for the best Fitbit to buy this Prime Day.

Fitbit doesn’t just make fitness trackers in the traditional “fitness band” style, it also makes smartwatch-style fitness trackers, and it’s worth understanding the differences between them before deciding which one to chase down on Prime Day.

Generally, Fitbit’s current range of fitness trackers — the Inspire 2, Ace 3, and Charge 4 — are all a little cheaper than its smartwatch range, which consists of the Versa 2, Versa 3, and Sense. However, it’s the design that separates the ranges most. The fitness trackers are less noticeable on your wrist but come in different colors if you want to make an impact, have smaller monochrome screens, and are more comfortable to wear over long periods.

Fitbit smartwatches make more of a statement on your wrist even if you choose the basic black models, have bigger full-color screens, and are a good choice if you want to make use of the notification support, or call integration from your phone. While they aren’t the most stylish smartwatches you can buy, they are very lightweight, made of quality materials, and are comfortable to wear all day and night.

The good news here is Fitbit’s wearables are sensibly sized and subtly styled, so they aren’t only made for people with large wrists, or just for men. The range of colors, lightweight case, and simple design mean it’s easy to find a Fitbit that will best suit you. That’s unusual even among the range of best smartwatches.

Which one is right for you will come down to your lifestyle. If you wear a watch already, a Fitbit tracker may be the better option, for example. Here, we recommend either the Charge 4 or the Versa 3, but also look at the Inspire 2 and the Versa 2 depending on deal prices. The Ace 3 is designed for kids, and the Fitbit Sense is the company’s top smartwatch in terms of features but is more for the hardcore fitness enthusiast.

The $130 Fitbit Charge 4 is our top Fitbit fitness tracker recommendation, as it is a good blend of affordability and features. It’s designed to be worn 24-hours a day with general activity tracking, workout monitoring, heart-rate tracking, and sleep tracking with blood oxygen (SpO2) monitoring too. If you like to run, the Charge 4 has built-in GPS so you don’t need your phone with you.

This will cover the basics for most people, but the list of features goes on. The band is water-resistant to 50 meters and will track swimming, it has menstrual health tracking, auto start workout tracking, alerts about heart rate and breathing variables, and notification alerts from your phone. The battery should last for around seven days before it needs recharging.

The Charge 4 does everything you need to track everyday movement, and the data is presented in an easy-to-understand way in the Fitbit app, which is available for iOS and Android. There are several different colors available, and some do cost more, especially if you choose the version with a fabric strap.

What about the cheaper $100 Inspire 2? It has a lower specification, doing without the SpO2, skin temperature, and GPS, but because the price difference is minimal, we recommend getting the Charge 4 as it will last longer, even if your activity tracking requirements change over time. However, if you don’t imagine ever using the GPS feature, the Inspire 2 is still a good purchase. The Fitbit Charge 4 has fallen to just under $100 once on Amazon already in 2021, so there’s a good chance it may drop this low on Prime Day too, and if so it’s definitely the better purchase.

The Fitbit Versa 3 is the best Fitbit smartwatch to buy on Prime Day this year, but if you spot the Fitbit Versa 2 at a strongly discounted price and don’t think you’ll ever need built-in GPS, it could be a great buy too. Here’s why. The Versa 3 has a slightly larger screen, a slightly revised design, and an updated heart rate sensor, plus a couple of other cool features like Google Assistant support and a microphone/speaker to take calls from your phone, along with built-in GPS too. All the features on the Fitbit Charge 4 are also provided on the Versa 3, just with a different design.

That’s what makes it our top choice, but a head-to-head between the  Fitbit Versa 3 and Versa 2  shows the older model otherwise very similar just without the features and design changes mentioned above. The main omission is GPS, but this will only make a difference to runners, cyclists, or hikers that don’t always carry their phone. If that’s not you, and you’re happy with the smaller screen, the Versa 2 is a solid buy if the price is right. The Versa 2 is the smartwatch-style equivalent to the Inspire 2.

The Fitbit Versa 3 costs $230 from Amazon right now but has dropped as low as $180 before, so look out for good Prime Day Fitbit deals as it’s a great price for the smartwatch. The Versa 2 costs $175 at the moment, and the price tends to vary a lot. The lowest it has ever been is $100, and for that, it’s a bargain. However if the Versa 3 does reach $180 and the Versa 2 doesn’t drop below $150, we’d still suggest buying the Versa 3 for all its improvements.

Tempted by the Fitbit Sense? The main advantage you’ll find in the Fitbit Versa 3 vs. Fitbit Sense is an electrocardiogram (ECG), which isn’t a feature everyone will use. For this reason, the Versa 3 represents better value for the majority of people.

What about Fitbit Premium?

When you first set up your new Fitbit it’s going to suggest subscribing to Fitbit Premium, which costs $10 per month or $80 for a year, although some models do come with a free trial period. For that you get a selection of guided exercise programs, more workouts to track, a dashboard for advanced health and fitness data, mindfulness sessions, and a few other features including different Fitbit challenges.

We’d suggest taking advantage of any free trial provided to see if it provides enough benefit to justify the extra cost, but don’t consider it an essential. The standard Fitbit experience is excellent on its own.

If you can’t wait until Prime Day, there are several fantastic Fitbit deals you can shop right now. We’ve rounded up the best below.

Ready to get fit? The Versa 2 tracks your heart rate, sleep, and workouts, with a streamlined interface and built-in Amazon Alexa. You can set it up to send you personalized fitness reminders, too.

This fitness tracker’s 10-day battery life means you don’t need to worry about running out of juice, and it boasts built-in sleep tracking plus fitness tracking for a range of activities.

If you’ve ever wanted a personal doctor, the Fitbit Sense smartwatch is the next best thing, packed with a myriad of health monitoring features to keep the health-savvy at their best possible shape.

If you want a fitness wearable but don’t need a full-on smartwatch, it’s hard to beat the Fitbit Charge 3 which features a large suite of activity tracking functions along with a heart rate monitor.

Show off your Fitbit Versa 2 with this black woven band. With perforated notches you can adjust it for the perfect fit, while the polyester reflective strip provides visibility for night workouts.

Charge your Fitbit Versa 2 with ease thanks to this handy charging cable, which features a raised edge to hold your watch securely and USB-A connector so you can use it in various settings.