HomeNewsWe all deserve a little Pride all year long
News 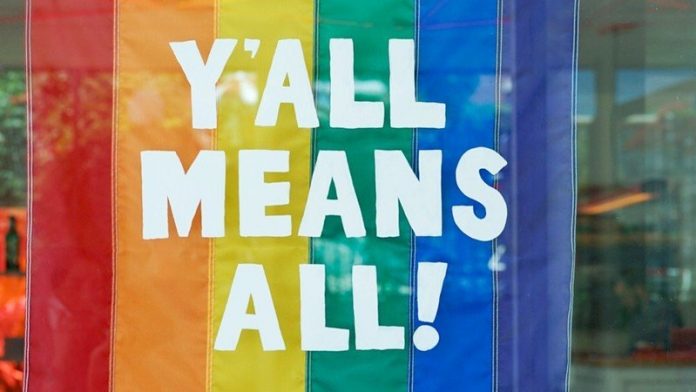 PRIDE is for everyone because we’re all just people. 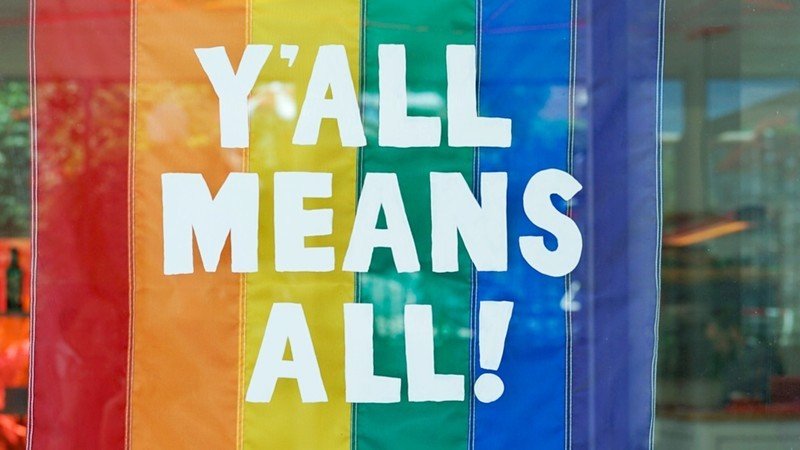 June is Pride Month, which is a time of year when individuals, groups, organizations, and companies large and small join in celebrating the wonderful diversity of identities, romantic and sexual preferences (or lack thereof), and gender expression that are an important part of our global human family.

I’m sure that you’ve seen Pride Month support manifests itself in a variety of ways, from an increase in rainbow-themed merchandise at stores to the colorful logos sported by all manner of businesses. Just take a look at your favorite company’s website or social media profiles right now, and the chances are that you’ll see a rainbowed version of their regular company logo for the next few weeks (the LinkedIn one, in particular, is really well-done in my opinion).

This “rainbow washing” has been going on during the entirety of June for quite a while now, but we have seen it expand more in recent years. In general, this spotlighting can be seen as a positive thing for the LGBTQ+ community, but there have been many important and valid criticisms of the rainbow washing practice. Some of the criticisms are that companies are just participating in Pride Month as a publicity stunt or that they see it as an easy cash grab. Others have pointed out that many companies are not using proceeds from Pride Month-themed merchandise or sales to support LGBTQ+ charities and organizations or that they’re not adequately supporting legal or legislative initiatives to improve the lives of LGBTQ+ people.

While those critiques and concerns are certainly valid, today, I wanted to focus on the positive effects that “rainbow washing” can have, particularly when seen through a more technology-focused lens. For example, beyond temporarily changing their logos or writing blog posts on LGBTQ+ issues, many tech companies are also giving their users more tools and controls to express themselves and/or support marginalized identities more freely and openly on those platforms.

In 2020, Instagram allowed Android and iOS users to personalize their app icons with pride-themed versions of the Instagram app logo, and in 2021 the company added a space for users to indicate their preferred pronouns on their bios. LinkedIn also allows users to update their pronouns in their bios and choose who can see them. They also have several Pride-themed background banner images for user bios (FWIW, they also have banners for #stopasianhate, Black Lives Matter, and more). Twitter hasn’t officially added space on user bios for pronouns (you can manually add anyway). Still, it has a dedicated @TwitterOpen account to showcase important issues and figures in the LGBTQ+ community. 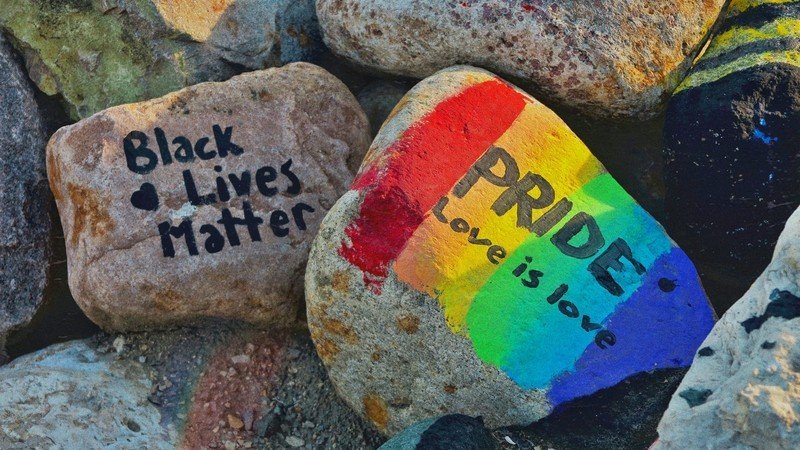 Facebook is adding in banners, stickers, and message effects celebrating Pride Month, but it’s also partnering with NGOs around the world to support mental health and well-being resources, supporting LGBTQ+ business owners, and amplifying LGBTQ+ creators on its platforms. Apple has been one of the leaders in promoting LGBTQ+ causes through its services and merchandise. Even Google is starting to encourage users to adopt gender-neutral language in an effort to promote greater inclusivity, in addition to less obvious but just as important measures like displaying locations with gender-neutral restrooms in Google Maps.

These efforts may seem superficial or pandering, but my colleague Jerry Hildenbrand and I don’t think they warrant such a quick and easy dismissal. If you’ve ever looked at our profiles on this site, you’re probably not surprised to see that we’re both middle-aged, CIS white dudes. We fully acknowledge that we have inherent privileges in our current society, but we also firmly believe in equal rights and representation and proudly lend our voices and support to our LGBTQ+ sisters, brothers, and others. Rainbow washing may feel gimmicky to some, but we think it’s a gimmick that can be a real gateway to help raise awareness, understanding, and acceptance of others. And that can only be a good thing. 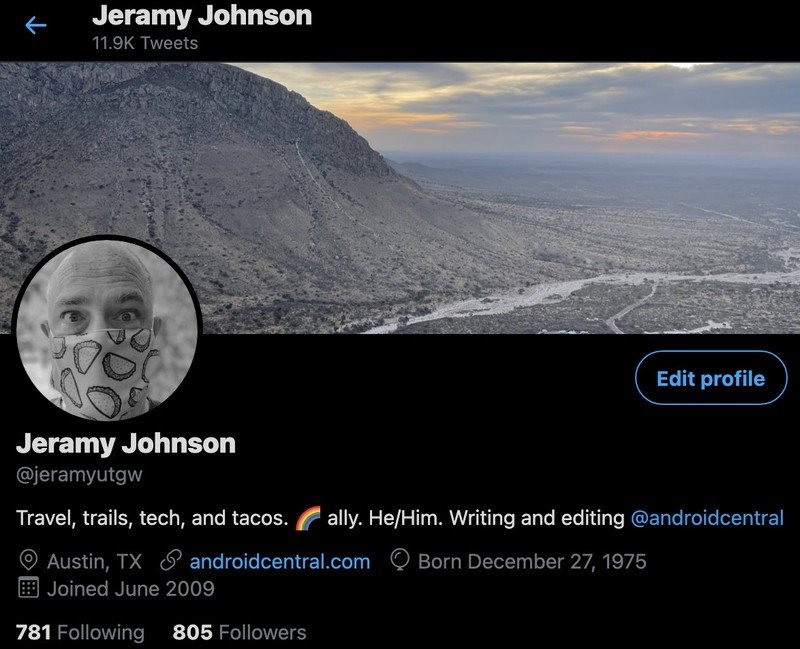 There are many different ways to show your support to marginalized communities, but some of the lowest friction methods can still have significant reach and effect. For example, I’ve gone through all of my social media profiles like Twitter, Instagram, and LinkedIn, and my personal and work email signatures a well, to put my personal pronouns in my bio and make it known that I am an ally. Those measures may seem minor, and they probably are in the grand scheme of things, but they are also very public and available to anyone who looks at my social media profiles. I have Pride-themed watch bands, T-shirts, and other swag like PopSockets, and I’m even learning how to properly theme my phone for Pride Month thanks to my friend and theme queen Ara Wagoner.

You may be sympathetic to LGBTQ+ issues but believe that you don’t know anyone who identifies as part of the LGBTQ+ community, nor do you identify that way, so these issues don’t affect you. I’m sorry, but you’re probably wrong on both counts. 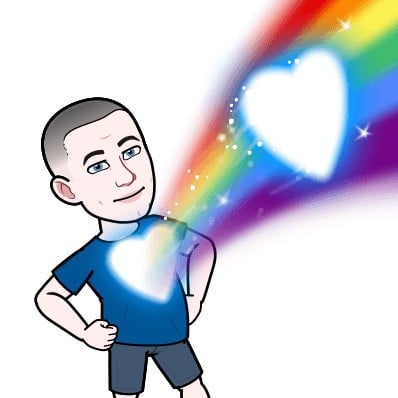 I believe it’s important for everyone to be an ally. I am, and I didn’t go through any special training or do any significant research to become one, and I certainly don’t have a special ally membership card. I consider myself an ally because I love and support my friends and family no matter who they are, who they love, or how they identify, I will stand with them in solidarity and support, and I want everyone I know to know that.

I am not telling you any of this to get a virtual pat on the back or to make myself look better. To be honest, I’m a pretty private person, and I don’t like calling attention to myself. I’m telling you what I believe and how I feel because I want to normalize tolerance, acceptance, equality, and love for other people who may not know how important this issue is or who may not be so accepting of others right now. 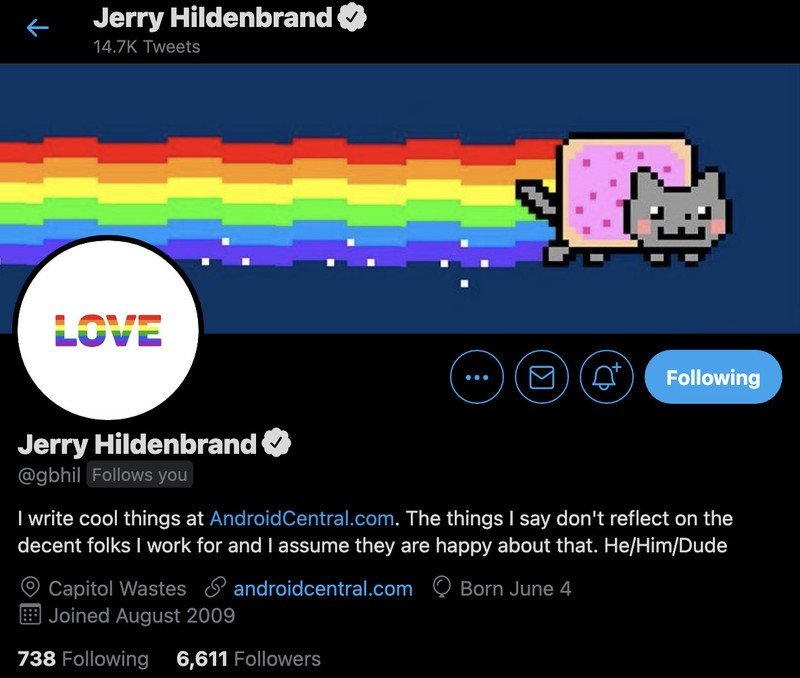 As Jeramy said, I am a middle-aged white dude with an average house, an average car, and a beautiful wife. Nobody is telling me that I can’t be happy and have a happy life. But not everyone can say the same, and that’s just wrong.

EVERYONE deserves a chance to be loved and to love someone.

It’s not wrong to have questions about someone else’s lifestyle. It is wrong to act out against anyone because they are different. After all, we’re all different. I support LGBTQ+ awareness because, on the inside, folks are all just people and deserve to be treated with dignity and respect. I also support the BLM movement for the very same reasons. I just don’t understand how we can be in the 21st century and still have people mistreated or judged because of who they are. It’s sickening to see, and because of where I live, I get to see far too much of it. 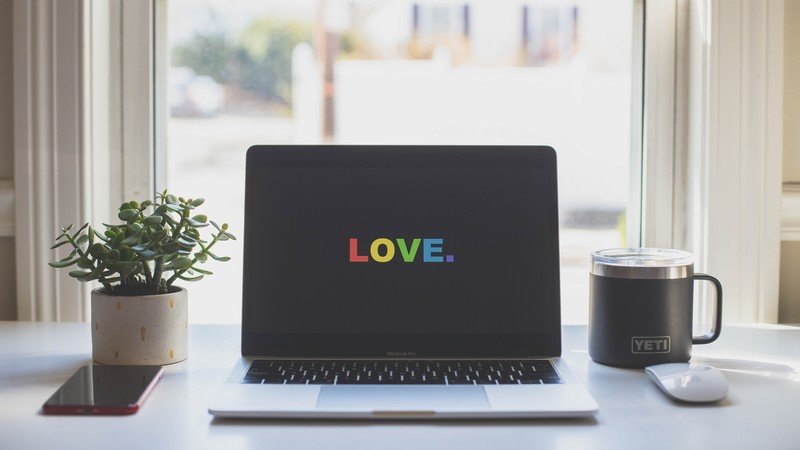 Thanks for reading this far and for listening to us preach from our soapboxes. If you take nothing else from this article, let it be this: Please try to respect, love, and even honor your fellow human beings, no matter where they come from, what they look like, what they believe, or who they love. We are all valid. We are all important. We all deserve dignity.

And as this Instagram post by @troublewithprabal says, Pride doesn’t just exist during June. It needs to be a year-long initiative and celebration.

Facebook
Twitter
Pinterest
WhatsApp
Previous articleWe think the Google Pixel Fold is well worth the wait. Here’s why!
Next articlePlayStation VR games releasing in June 2021 and beyond
- Advertisment -