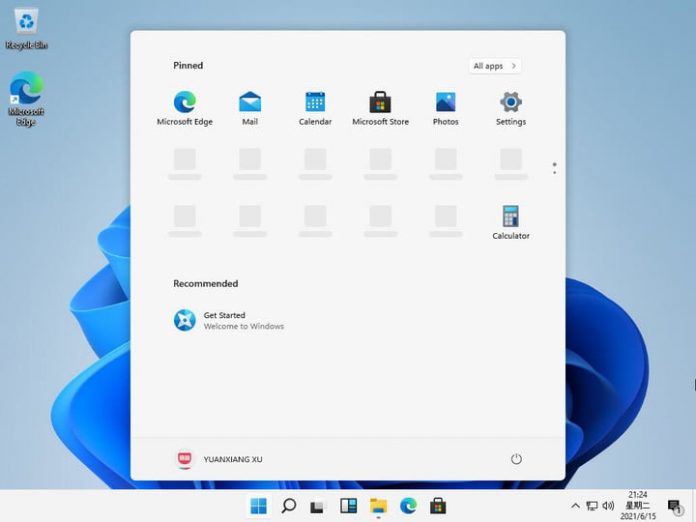 Microsoft is all set to announce the unveiling of its latest Windows release, Windows 11. Formerly code-named Sun Valley, the update translates to a complete redo of the user interface of the current Windows. In a version of the build that was recently leaked, a couple of new features were noticed — including one highly controversial change that isn’t getting positive reactions.

We installed the build and have added a screenshot for you to see what has changed in the update. The most obvious new feature is that there is a floating and centered Start Menu and a centered Taskbar. Windows 11 has ditched its Live Tiles and instead leverages icons linking to your apps that you can pin according to your choice and convenience.

The redesigned Taskbar is already garnering quite a lot of outrage. People are clearly not ready to adapt to a completely new interface and let go of features they were so used to. However, the Taskbar can be customized and reverted back to something more familiar.

First off, you’ll be able to change Taskbar alignment in the Taskbar settings, which will give you an option to left-align your Taskbar. If that’s not enough, the settings also features options for customizing all other updated features, meaning you can go back to the classic Windows 10 Taskbar if you’re not ready to let go of it.

The search bar will go through a user interface overhaul in Windows 11 as well, offering a neater and and more efficient interface than in Windows 10. There’s a new task view as well that no longer includes a timeline. The timeline has been integrated in the Start Menu under the recommended tab. Here you’ll find a list of documents and programs that you click on the most.

Windows 11 also has the option to hide the “show desktop” button in the bottom right of Windows. This feature has been there since Windows 7, and it’s a relief to finally have the option to turn it off.

Microsoft has always been mindful about people’s reactions and changed things to make them happy. During the Windows 8 era, for example, it removed the Start Menu altogether, which generated significant rage. Surprise, surprise — with update 8.1, Microsoft brought it back. Allowing people to choose between the classic Start Menu and the new version feels like a decent compromise.