HomeNewsThe price of DRAM continues to rise, and it’s prolonging the GPU...
News

The price of DRAM continues to rise, and it’s prolonging the GPU shortage 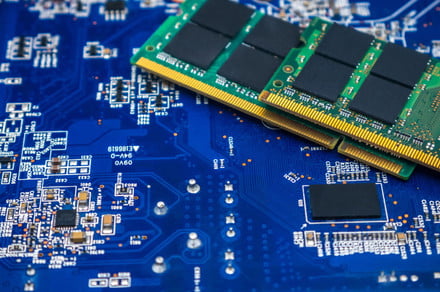 Research outlet TrendForce projects that DRAM prices will continue to rise throughout 2021, further compounding the GPU and console shortages the market has seen over the last several months. TrendForce expects to see up to a 13% price increase in Q3 2021, which is a drop from Q2 — with a projection of up to a 25% increase — but an increase over Q1, which saw up to a 10% increase.

DRAM availability is a big reason why there’s a GPU shortage right now. The GDDR6 and GDDR6X modules inside the latest graphics cards and consoles are in high demand, and suppliers haven’t been able to meet that demand. TreadForce points out Nvidia as a constraining factor, saying, “DRAM suppliers have prioritized capacity allocation to Nvidia as opposed to smaller clients.”

The Xbox Series X and PlayStation 5 are a big strain on the DRAM market, too. Both consoles use 16GB GDDR6 chips, not dual 8GB GDDR6 chips. So, the 8GB chips that are common in the graphics card market aren’t common in the console market, and as TrendForce explains, “the two chips are noninterchangeable.”

All this demand has pushed DRAM prices up through 2021, and that won’t change soon. TrendForce projects an 8% to 13% increase in prices through Q3 in the contract market. That will make manufacturing graphics cards and consoles more expensive, but that doesn’t necessarily mean these products will be more expensive on the shelves. For the Xbox and PlayStation in particular, you can still expect to pay their $500 price tag.

Graphics cards are a different story. As past releases and the past several months have shown, GPUs are traded like a commodity. The suggested price doesn’t mean much, as retailers and third-party sellers are willing and able to sell cards well above their recommend price. The news of DRAM price increases could mean less supply or higher prices, but regardless, it looks like the GPU shortage isn’t recovering any time soon.

Outside of demand, new graphics cards, and new consoles, TrendForce identified an increase in demand for server DRAM that’s also contributed to the shortage. Although the projection is bad news for hopeful GPU buyers, it’s important to remember that DRAM demand is only one aspect of the GPU shortage.