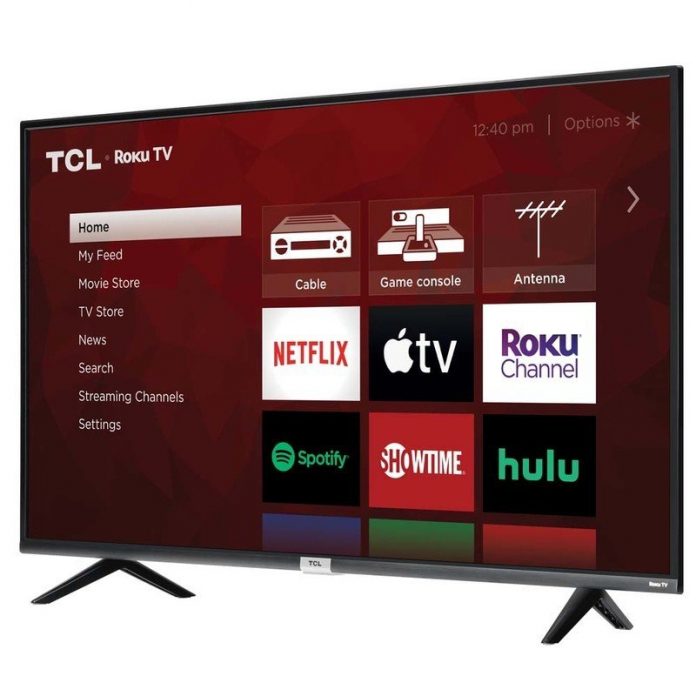 If you’re reading this, you’re here because you just want to save the absolute most you can on your new TV. And who can blame you? TVs are expensive, and the price can grow exponentially the more you want out of it. Well, you’ve come to the right place. Find the best possible TV to fit your budget, but more than that this roundup will feature TVs that still manage to pack in loads of features. A cheap TV doesn’t have to mean bad TV either. You’d be surprised what all you can get even when you don’t want to splurge on the more advanced sets. Did you know there are even a bunch of great Android TVs to check out?

In general, the larger the TV the more expensive it gets so we’ve separated this roundup into different sizes to help you navigate the best cheap options around. 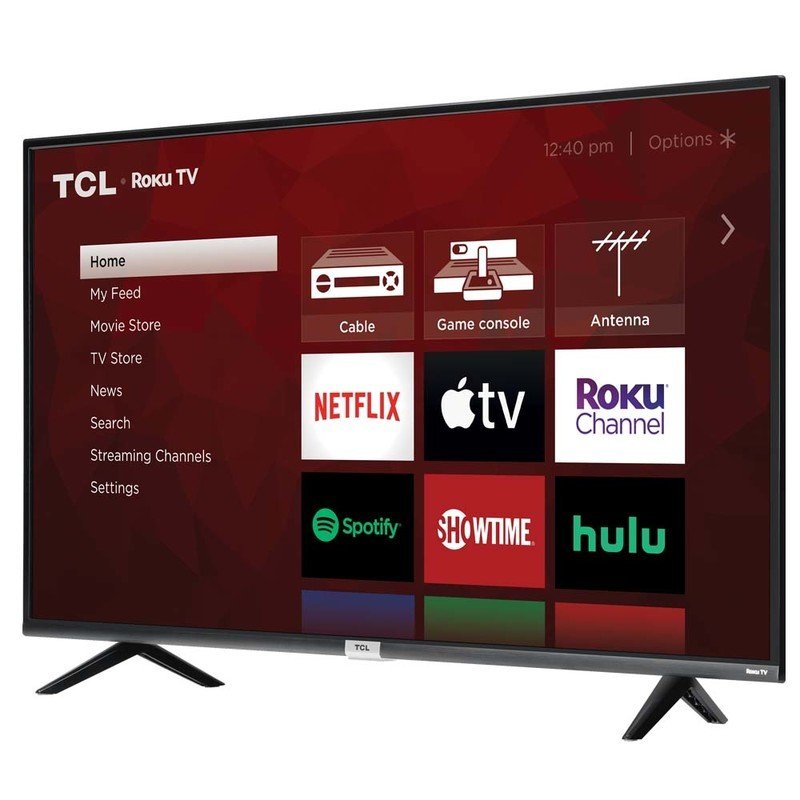 What can you expect from a cheap TV? What should you look for? Well, first off there are a lot of ways you don’t have to compromise. For example, you shouldn’t settle for less than 4K resolution. At this point in the TV world, 4K is the default. You can find cheap 4K TVs for less than $260 in some cases. In the same vein, try and find HDR capable sets. Now, real HDR won’t truly impact your image quality unless your TV can reach a peak brightness of 400 nits or more. However, just having the technology means you have a set that values image quality and color.

The cheaper you go, the less likely you are to find some of those essential features like 4K. That’s okay though because even the non-4K TVs still manage to cram as much as they can in there. For example, Amazon’s Fire TVs can get as low as $80 but still come with smart features, including a remote that lets you control the TV with your voice. 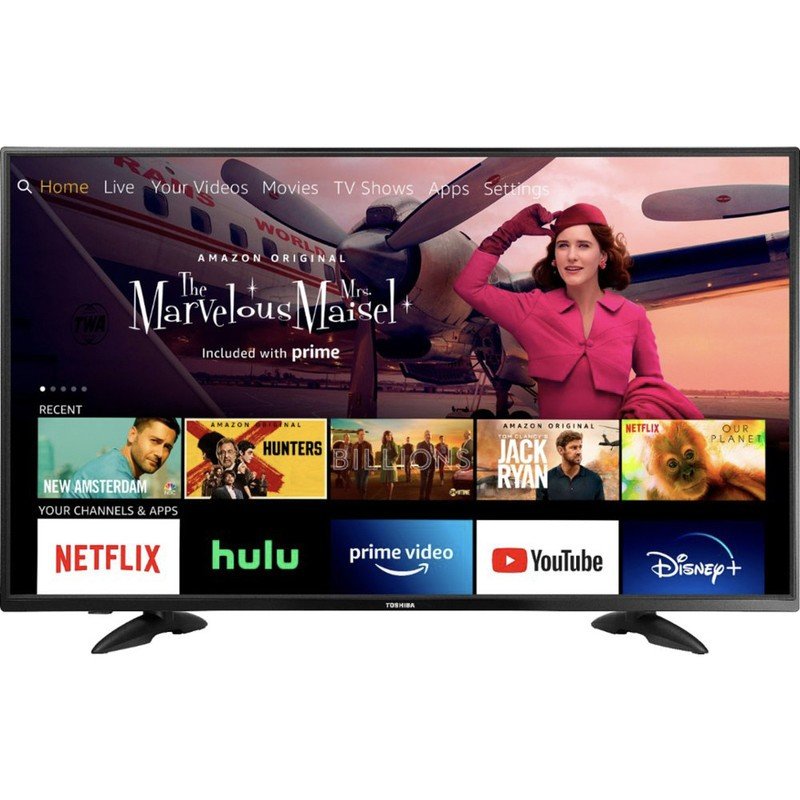 Your options vary from 720p resolutions to 4K. Some have Alexa built in already and some come with a voice remote you can use to control them. The sizes go up to 50 inches, too, so even though these are super inexpensive they are still large enough for most rooms of the house. 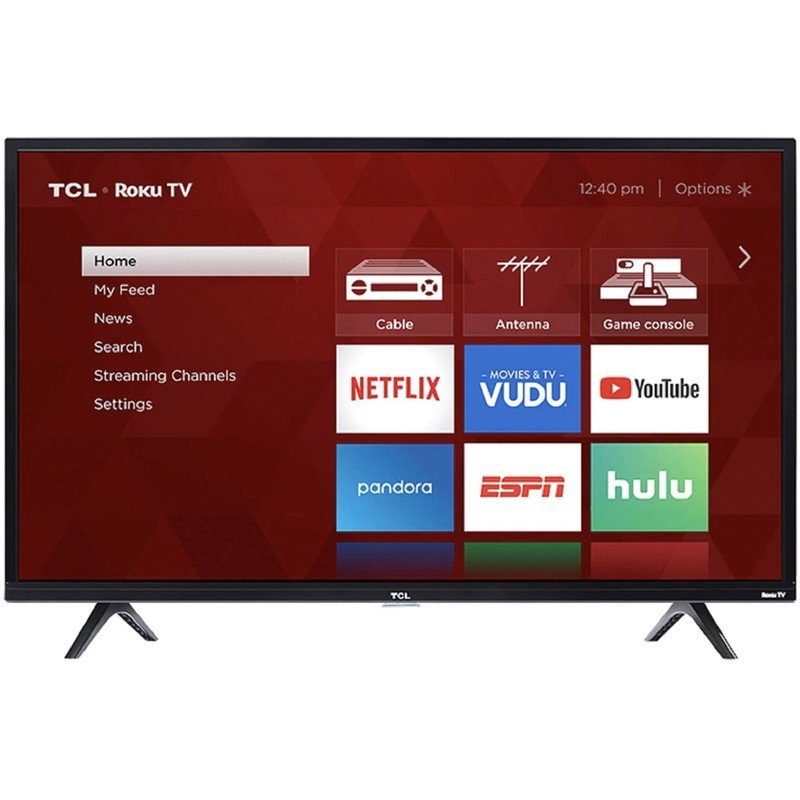 Low resolution, but you can make use of it as a side TV or a TV for a kids room. This TCL set has a built-in Roku smart platform so you can access all your favorite streaming apps. It’s easy to connect with Wi-Fi, and there’s room for other accessories with three HDMI inputs. Works with Amazon Alexa and Google Assistant. 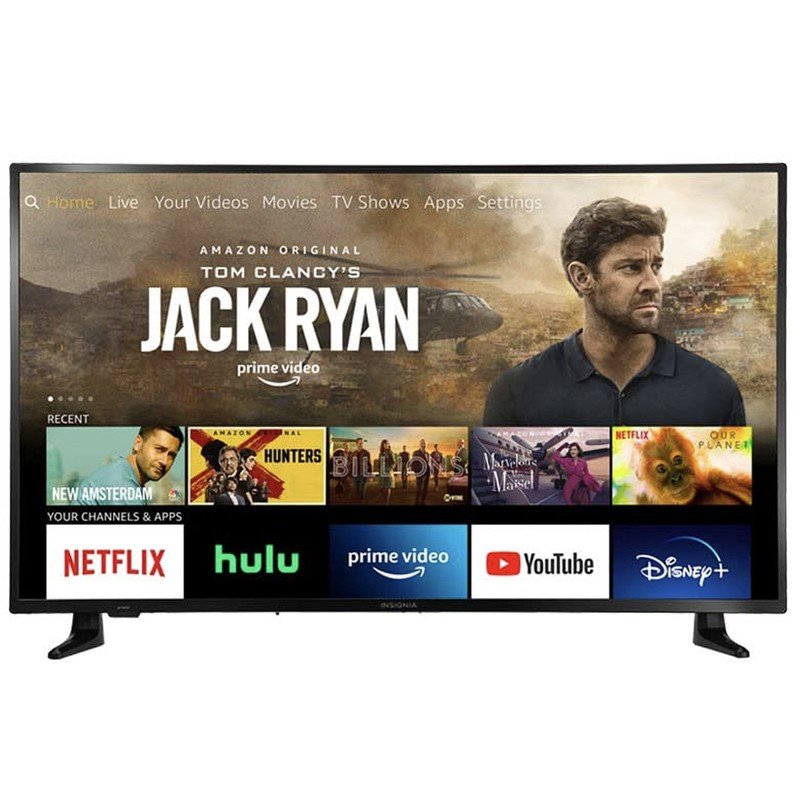 If you connect an HD antenna you can unite your over-the-air broadcasts and your streaming apps quickly and easily with Fire TV. Just stick to your favorite apps like Netflix, Hulu, and YouTube if you want. Even comes with a remote that can launch apps, control your smart home, and do it all with voice control. 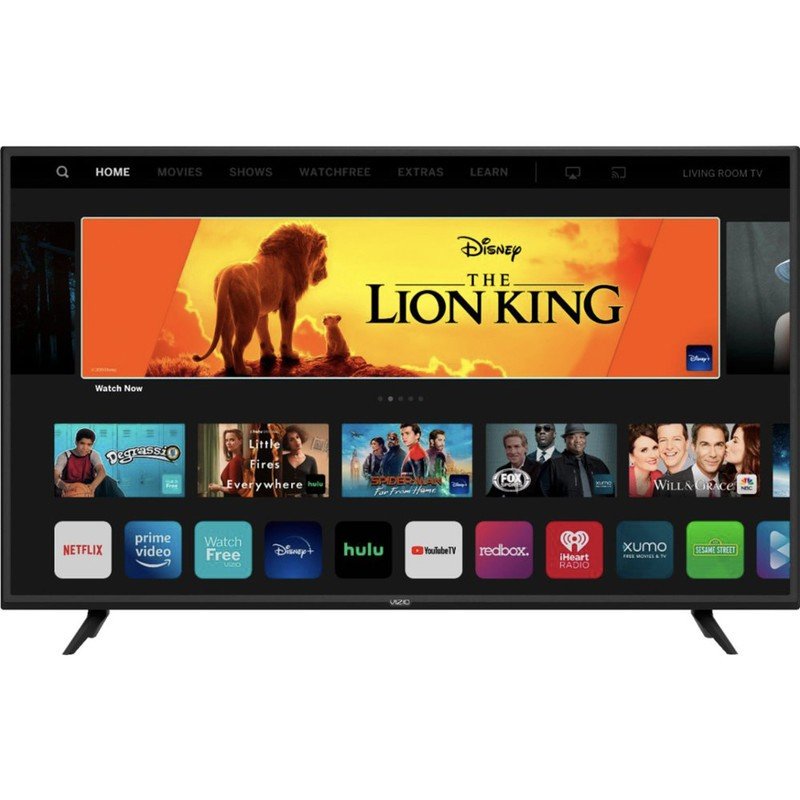 The V Series is Vizio’s budget lineup and several versions are on sale right now. And they are at extremely affordable prices regardless. Has a built-in Chromecast and works with Apple AirPlay so you can stream your favorite content from your mobile device. Works with Siri, Amazon Alexa, and Google Assistant for voice control. 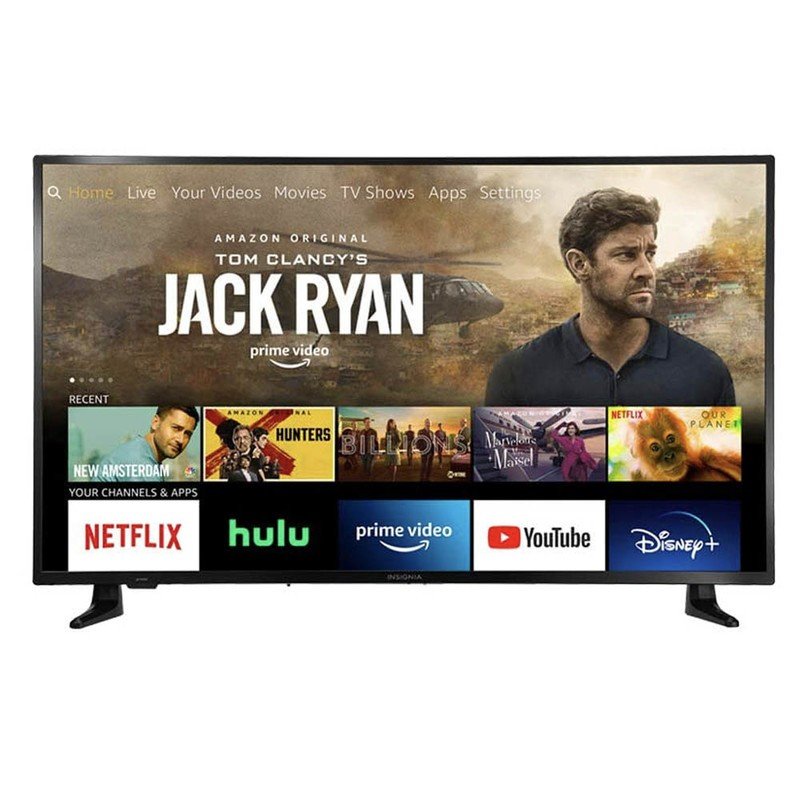 The Fire TV Edition means you get full access to Amazon’s smart platform with easy access to popular apps like Netflix, Prime Video, & others. Pair it with an Echo Dot for voice commands. It also comes with a remote that can access Amazon Alexa. Supports both 4K resolutions and HDR content. 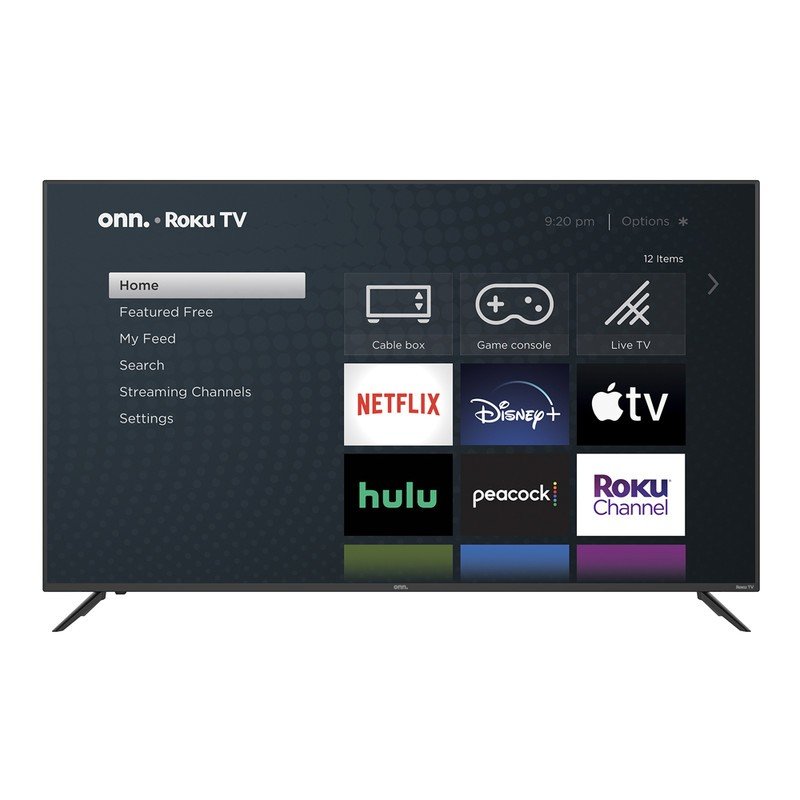 Probaly the least expensive TV you’ll ever see at this size. This is Walmart’s in-house 4K TV and has the price cut befitting a Walmart TV. You get wireless streaming, the Roku smart platform, and even wall mounting via the 400 x 200mm VESA standard. The TV has three HDMI ports and a USB port for connectivity. 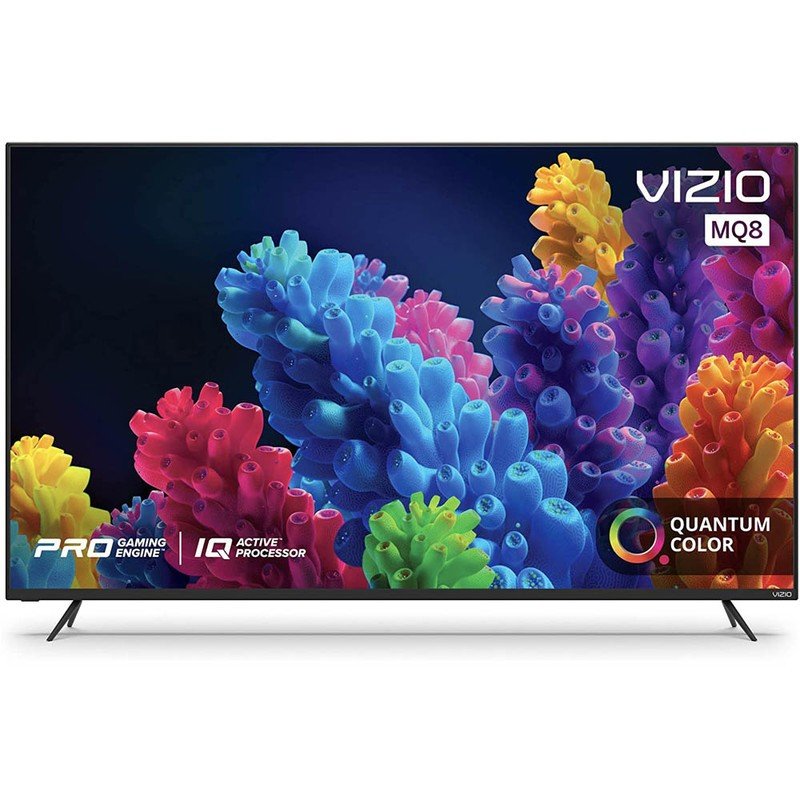 Combines Vizio’s Quantum Color tech with an active full array backlight with 90 local dimming zones for cinematic color volume and amazing image quality. Can deliver up to 800 nits of brightness which is great for HDR content. 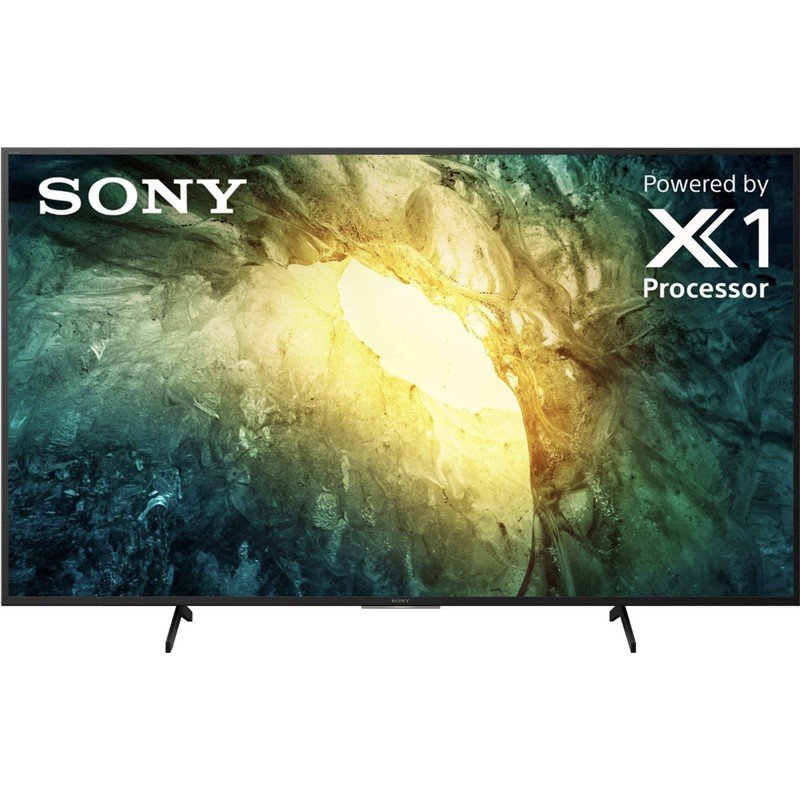 Uses 4K X-Reality Pro and the X1 processor to ensure everything is the highest resolution and the best image quality possible while you watch. You can upscale as close to 4K as possible and get all that rich detail. Includes Google Assistant for voice control and Android TV so you can access all your favorite streaming apps and get tons of TV shows and movies. 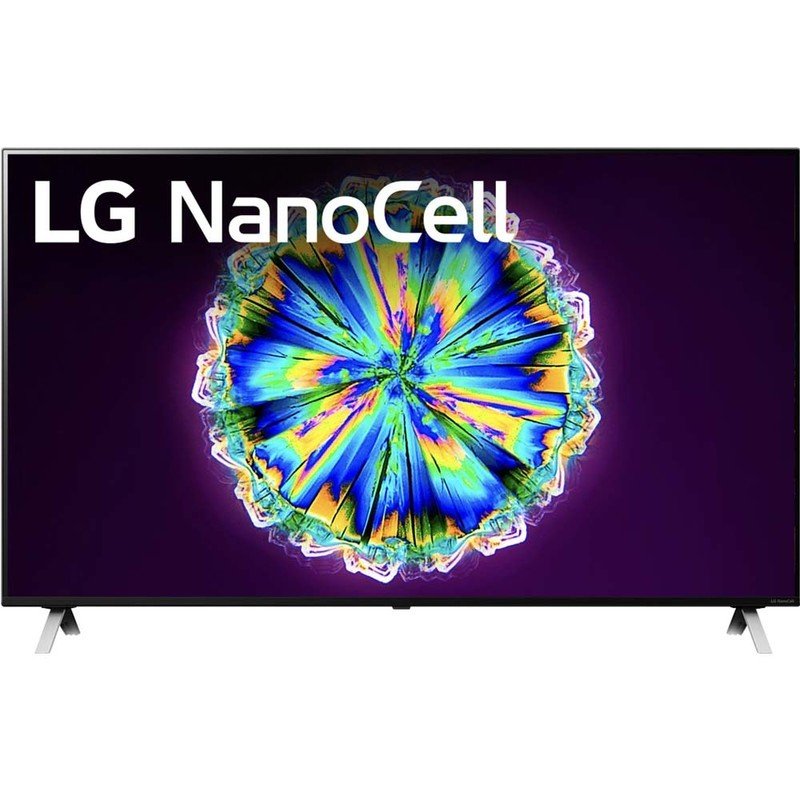 This TV has 4K resolution and a 3rd-generation processor designed for 4K upscaling with AI Picture and AI Sound. It has local dimming that can balance backlighting and enhance contrast. It also has Amazon Alexa and Google Assistant built in so you don’t need a separate device. It also has HDR support, Dolby Atmos, and support for Apple AirPlay 2 and Apple HomeKit.

When it comes to looking for good cheap TVs, you’ll want to stick to the major retailers. Amazon, Best Buy, Walmart, and the other big names are really where you want to look because these are the places that just happen to have the lowest possible prices on big ticket items like TVs. Plus, keep an eye out for big sales. We’ve already seen some huge deals during the holiday shopping season, and there may still be a chance for a few more.