HomeNewsSamsung’s Galaxy A22 5G is one of the cheapest 5G phones we’ve...
News 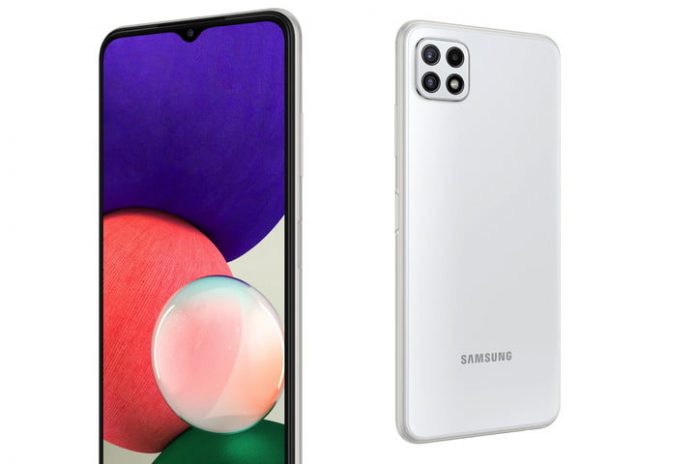 What do you get? The Galaxy A22 5G has a 6.6-inch TFT screen with a 90Hz refresh rate and a Full HD+ resolution, plus a triple camera on the back with a 48-megapixel main camera, a 5MP ultra-wide, and a 2MP depth camera. The selfie camera has 8MP and is set inside a V-shaped notch at the top of the screen. This is a cheap phone so it’s no surprise to find the A22 5G is made of plastic, but so is the Galaxy A52 5G, and that feels great in the hand.

There’s a fingerprint sensor set inside the power button on the side of the phone, and a 5,000mAh battery inside with 15W charging. There is only one version of the phone available, and that comes with 4GB of RAM and 64GB of storage space. Like many of the other low-cost 5G phones announced recently, the Galaxy A22 5G is powered by the MediaTek Dimensity 700 processor, which based on my time with the Realme 8 5G, provides great performance.

The Galaxy A22 5G has Android 11 with Samsung’s OneUI 3.1 user interface and comes in a choice of three colors — grey, white, or violet. It’s a chunky thing though, with a total weight of 202 grams and 9mm thickness. Samsung says the Galaxy A22 5G will be available in the U.K. in early summer but does not mention a U.S. release. We’ve contacted Samsung to confirm any launch plans for the U.S. and will update when we hear back.

Reasonably priced smartphones with 5G are becoming commonplace, with multiple companies launching models that cost less than the equivalent of $300 over the last months, including Xiaomi, Realme, and Poco. It’s a trend we expect to continue throughout the year, driven by chips like the MediaTek Dimensity 700 and the Qualcomm Snapdragon 480.