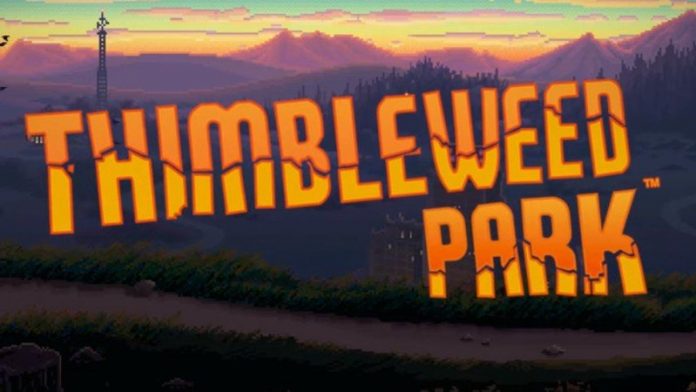 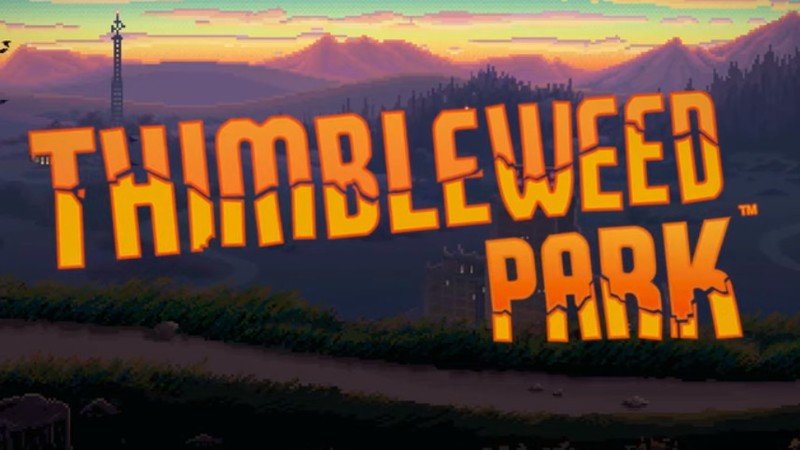 Thimbleweed Park is a callback to they heyday of point-and-click adventure games with great graphics, solid puzzles, and a lot of heart.

There’s only so much resistance one can put up against an algorithm that desperately wants you to play a game, and ever since I became a Play Pass subscriber, Google has been dead set on getting me to play Thimbleweed Park. After two pretty heavy strategy games back to back the past couple of weeks, I decided I was ready for a change and downloaded it.

Starting, I had a vague idea of what to expect, knowing already that it was an adventure game steeped in traditions laid down by classic point-and-click adventure games (à la LucasArts and Sierra Entertainment) combined with an atmosphere harkening to The X-Files and Twin Peaks. Beyond that, I didn’t have much else to go on, and I’m numbered among the chosen ones who played classic adventure games like Maniac Mansion or Secret of Monkey Island back in the day.

That being said, Thimbleweed Park has its merits and can offer a solid experience to the modern gamer, only if you’re willing to retrain your brain a bit. It might even make ye olde list of best Android games.

The setup plays beat for beat like an episode of X-Files. A German man has just arrived in Thimbleweed Park to a mysterious note in his hotel room, asking him to come down to the creek for a clandestine meeting. For reasons we don’t yet know, he actually follows this note’s instructions (the 80s were a different time, just roll with it) and naturally he gets his skull bashed in for it. Don’t go out and meet strangers at creeks at night, kids.

Thimbleweed Park opens like an episode of The X-Files, with a mysterious murder in an even more mysterious town.

Enter our first two protagonists, Scully and Mulder. Oh wait, I misread my notes. It’s actually Ray and Reyes, but this duo is styled so very much like Scully and Mulder that it would be hard to read them any other way. As they stand over our dead German’s body and begin their investigation, we start to get familiar with how the game plays. Your characters each have an inventory and a list of possible actions that they can take like “give”, “pick up”, “open”, etc. To interact with your environment, you might click on “talk to” as Ray and then click on Reyes to initiate a conversation. In the same fashion, you could click “use” then tap your camera, then the dead body to take a photo. It’s a very direct means of gameplay, but there’s some serious logic puzzling to be had if you’re playing on the hardest difficult mode (there is an easier “Casual” mode, but it still poses challenges). Order matters here and what you use, when you use it, and how you use it will all affect whether or not you get the outcome you’re looking for.

The gameplay may seem simple at surface level, but it hides some surprisingly challenging logic puzzles.

Another big part of the gameplay revolves around switching around between your characters (you’ll pick up a few more along the way) to accomplish tasks. Each character has their own to-do list in their inventory which, as a person who doesn’t do particularly well without direction, I found especially helpful. Going back to our dead body investigation example, you might have “photograph the body” on your list as Ray, but the camera in your inventory is out of film. Lucky for Ray, switching over to Reyes reveals that he has film in his inventory and giving it to Ray allows her to take a picture of the dead guy to accomplish her task. 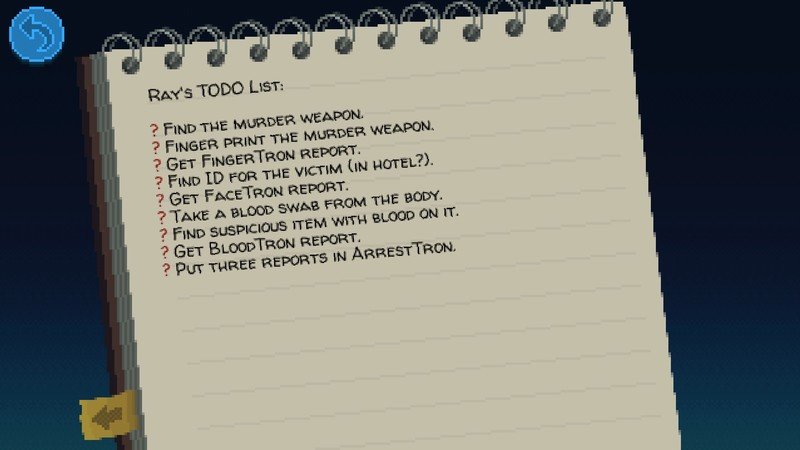 This may sound overly simple on the surface, but I assure you that some of the puzzles are actually quite challenging and I had to use a walkthrough more than once along the way. However, it’s worth mentioning that swapping to another character when you feel stuck will often yield a solution through another means. It also behooves you to thoroughly explore each area because there are many small things that you may have missed at first glance.

As you progress, you’ll start to slowly unravel the mystery surrounding a poor murdered German man, along with uncovering new mysteries along the way.

Progressing in this manner, you’ll slowly start to unravel the mystery surrounding this poor murdered chap, along with uncovering completely new puzzles that must also be solved. The story itself is great, with the setting being the real star of the game. The developers definitely accomplished their goal of creating an odd, off-putting town where nothing feels quite right and you often can’t explain why. The pixelated graphics were also gorgeously rendered when it comes to the scenery and I found myself just taking in the view many times. I don’t love the design of the characters themselves, but the vast scenes that you traverse and interact in are fantastically designed and a big selling point for me. The use of color in this game is stellar and you’ll want a beautiful display to really bring it to life.

As much as I liked the puzzling, the setting, and the graphics, there were a few points about the game that did not gel with me. Mainly, it’s trying so hard to be funny. Or perhaps nostalgic? It’s hard to tell sometimes with the characters making constant references to the time period, adventure games, and generally trying too hard to be cheeky or clever. 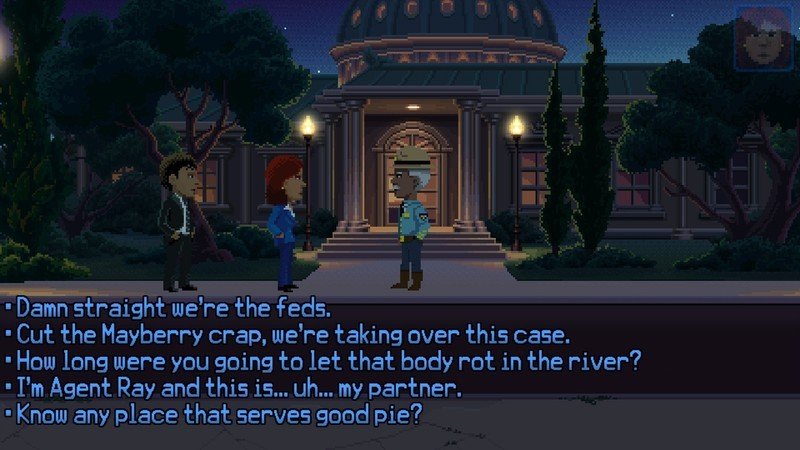 I’m also one of those people who hates fourth wall-breaking as a shortcut to “humor,” and Thimbleweed Park is a big fan of breaking that boundary. I’m sure there are some long-time adventure game fans who liked these nods to the past, but for me they fell flat and cluttered what could have otherwise been a decent script. References alone aren’t jokes, folks, and that’s a lesson that Thimbleweed Park could take to heart.

The occasionally hokey script and voice acting don’t ruin the experience, though, and Thimbleweed Park is still worth a try if you’re in the market for a faithful modern take on classic adventure gaming.

Thimbleweed Park is free on Google Game Pass and $9.99 on its own. A modern entry in the classic point-and-click adventure gaming genre, Thimbleweed Park will have you scratching your head and grilling NPCs as you investigate a murder.