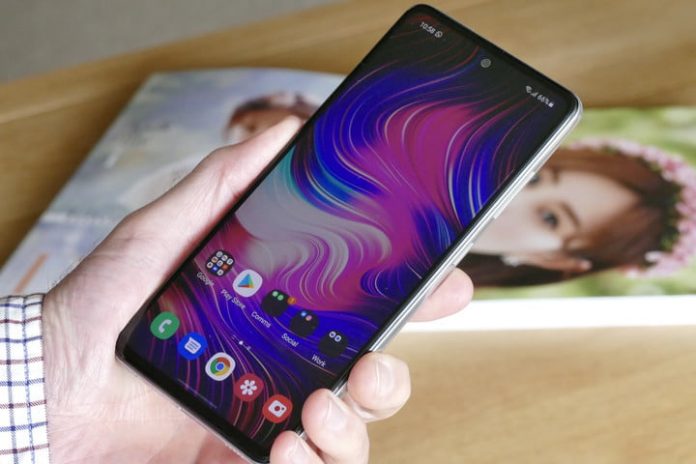 The OnePlus Nord CE 5G (“Core Edition”) is the latest entry in OnePlus’ Nord range of budget smartphones. For a price tag of only $420, it provides a substantial 4,500mAh battery, an impressive 6.43-inch AMOLED display, 5G support, and some highly usable software. It’s a very strong phone for the price, but in a world where surprisingly great budget phones are becoming more common by the month, it faces some stiff competition.

Chief amongst its rivals is the Samsung Galaxy A52 5G. This sub-$500 phone also offers 5G support, while it throws in a beautiful 6.5-inch Super AMOLED screen, its own 4,500mAh battery, a decent camera, and an IP67 water resistance rating. It’s a highly accomplished budget device, and dollar-for-dollar, it’s arguably one of the best phones out there right now. But is it better than the OnePlus Nord CE 5G?

We answer this question by comparing the OnePlus Nord CE 5G and Samsung Galaxy A52 5G in a head-to-head comparison test. We look at their specs, designs, displays, performance, cameras, software, and special features in order to determine which is the better smartphone overall.

Both the OnePlus Nord CE 5G and the Samsung Galaxy A52 5G offer modest design updates to their predecessors. The Nord CE sports a nice edge-to-edge display with a punch-hole selfie camera in the top-left corner, and it carries the sleek, pill-shaped rear camera module that has come to characterize recent OnePlus devices. Its colors also do a good job of accentuating its shapely curves.

By contrast, the Galaxy A52 5G has more of a squarish aspect to its sides and corners, which may be more to your taste than OnePlus’ smoother gradients. It looks very impressive from the front, with narrow bezels around its edge-to-edge display and a top-center punch-hole selfie camera. The back looks very nice, thanks to the redesigned sloping camera module similar to that from the Galaxy S21 range.

While designs may be more of a subjective issue, it’s apparent the Galaxy has a more impressive display. In terms of size and resolution, they’re broadly similar, with the Galaxy having a 6.5-inch Super AMOLED display that packs 407 pixels per inch, and the OnePlus having a 6.43-inch AMOLED screen with 411 ppi. However, the Samsung pulls ahead by virtue of supporting a very smooth 120Hz refresh rate, whereas the OnePlus gets you to only 90Hz. At the same time, the Nord CE’s screen doesn’t seem quite as vibrant and as rich as the A52’s.

Another clear advantage for the Galaxy A52 5G is that it carries an official IP 67 rating, indicating that it can cope with submersion in up to 1 meter of water for 30 minutes. The Nord, on the other hand, offers no such rating, so don’t take it for a swim.

Both phones deliver a similar level of performance, with some subtle but significant divergences. They each run on the Qualcomm Snapdragon 750G and ship with 6GB of RAM as standard. This means they’ll handle pretty much all the latest games pretty well, even if they aren’t as instantaneously fast as the Samsung Galaxy S21 Ultra or the iPhone 12 Pro.

They also house 128GB of internal memory as standard, which can be upped to 256GB. However, a key difference is the Galaxy A52 5G hides a microSD card slot in its SIM tray, so you can boost your storage to 1TB. With the OnePlus, there’s no such option, so you’ll have to be a little more careful with your memory.

Both phones boast batteries with identical capacities. At 4,500mAh, you may be able to last until a second day before needing to recharge, depending on how much you use either phone. That said, OnePlus offers fast charging at 65W, while the Samsung charges at 25W. In other words, if you value being able to charge in a rush, the OnePlus is a little better in the battery department.

Of course, the Samsung phone offers a microSD card slot, so things are balanced out. A tie.

There isn’t too much difference between each phone’s cameras in specs, but the Samsung Galaxy A52 5G is a clear winner in performance. It comes with a 64-megapixel wide lens, a 12MP ultrawide lens, a 5MP depth lens, and a 5MP macro lens at the rear. The OnePlus, meanwhile, comes with a 64MP wide, an 8MP ultrawide, and a 2MP monochrome (i.e., black and white) lens.

As our review found, the Nord CE’s camera is somewhat inconsistent. It has an occasional tendency to oversaturate, while it also struggles in low-light conditions. The same goes for its ultrawide camera, which can also leave pics seeming a tad too rich in color.

The Galaxy A52 5G’s camera is also slightly inconsistent but not as inconsistent as the Nord’s. It takes warmer photos with more pop than the OnePlus’ camera, and while there’s the occasional issue with oversaturation, it’s not quite as pronounced as on the Nord.

Both phones let you capture 4K video at 30 frames per second, but with a slightly stronger camera overall, the Galaxy takes this round.

Both phones use Android 11, but with their own respective skins grafted on top. The Nord CE 5G has OnePlus’ own OxygenOS 11, putting the final touches on things and offering a very quick and seamless experience with some welcome customization options (e.g., the always-on screen, as pictured above). The Galaxy A52 5G comes with Samsung’s OneUI 3 system, which again offers a high level of customization and easily navigable settings.

Both phones support 5G, at least to an extent. The Samsung Galaxy A52 5G supports only the longer-range sub-6Hz range of 5G frequencies and not the faster mmWave bands. As for the OnePlus Nord CE 5G, it doesn’t really support 5G if you’re a user in the United States, with a single 5G band with T-Mobile being the only thing on offer. It is, for all intents and purposes, a 4G phone in the States and doesn’t support the faster mmWave band elsewhere in the world.

Both phones also come with an in-screen fingerprint sensor. Unfortunately, the Galaxy A52’s is all but unusable, with our review finding that it often refuses to recognize any input. The Nord CE’s sensor doesn’t have this issue, so it’s much better from a security standpoint.

Beyond an actually usable fingerprint scanner, the OnePlus doesn’t offer many significant special features. Its operating system — OxygenOS 11 — features Zen Mode, which locks all but the essential functions of the phone and allows you to fleetingly escape the tyranny of Facebook and Twitter.

Given that the OnePlus does offer a workable fingerprint scanner, we’re calling this round a tie, despite the Galaxy A52 5G being more 5G-ready.

The Samsung Galaxy A52 5G starts at $499 and can be bought directly from Samsung’s website. It’s supported by all major carriers in the U.S. and can be purchased from nearly every major online retailer.

The OnePlus Nord CE 5G begins from $420 and can be ordered from OnePlus’ own site. It’s supported by most major carriers in the States but isn’t on sale officially in the country, so you may have to order it from international retailers (or go to OnePlus’ website).

When push comes to shove, the Samsung Galaxy A52 5G is superior to the OnePlus Nord CE 5G. Its camera takes more usable pictures more consistently, its display is more impressive, it has a microSD card slot, there are more future updates, and it offers 5G support in the United States. Its battery life is basically as long as the OnePlus’ (even if it can’t charge quite as rapidly), and its performance is on a par with the Nord CE. While the Nord is a good phone, the only reason to buy it over the Galaxy A52 is the faster charging, although it arguably looks a little more attractive than Samsung’s phone.